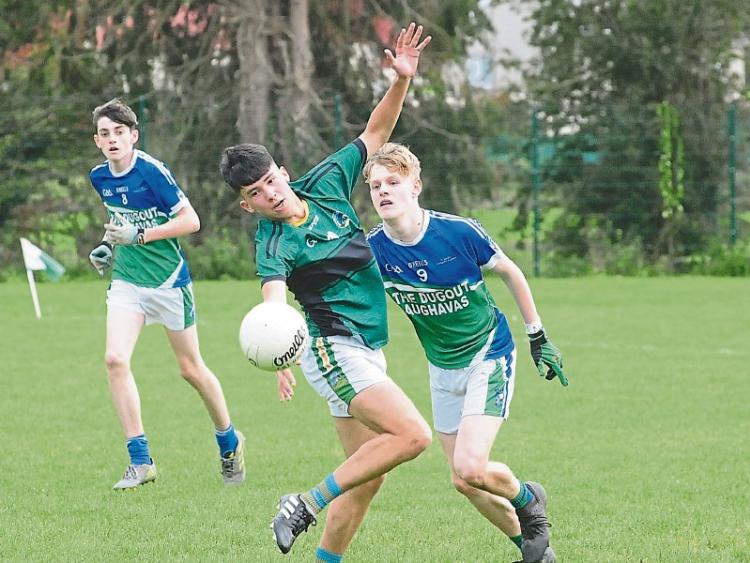 Saturday's entertaining Westlink Coaches U15 Division 2B Final in Philly McGuinness Park, Mohill might seem like an easy victory for Rinn Gaels over St Joseph's but in reality, it was a tale of chances taken and not taken.

Easy to know which team took their chances as Rinn Gaels hit the net three times before they registered their first point and from then on, the Bornacoola & Gortletteragh combination never looked back.

Now, you wouldn't want to take away from Rinn Gaels victory - they defended well, turned the ball over and took their chances while having their own misses but on the balance of play, this was far from a one way cakewalk but rather an entertaining and evenly matched contest.

Rinn Gaels got off to a dream start with two goals in their first two attacks. Jack Reynolds long run ended with a low shot to the net before a David Liu Doyle shot was spilled by the keeper and Jonah Boyle showed real poacher’s instincts to fire home from close range.

Matthew McCabe responded with a good point for St Joseph’s but Noah McNulty and Killian Lyons both went close to a third goal only for a deflection and a good save from Cian McHugh. Rinn keeper Cian Tiernan also made an excellent save to deny McCabe a certain goal on nine minutes.

The Aughavas & Carrigallen combination looked to have got back into it when a brilliant move cut open the Rinn defence and Gary Mitchell forced the ball across the line. But Rinn’s response was deadly as they reeled off three points from McNulty (2) and Reynolds.

A Matthew McCabe free halted Rinn’s run of scores temporarily but a point from Jack Reynolds from a tight angle gave Rinn Gaels a 3-5 to 1-3 halftime lead.

St Joseph’s needed a good start to the second half but just 12 seconds in, Jack Reynolds fisted a ball from a Riaghan Ward mark to the net, quickly adding a point while Ward opened his account with a shot that flew just over the bar and McNulty fired over as well.

That meant that the eight point deficit at the break was now 14 points but they set about reducing it when Joe McBrien fired over the bar, although it could have been a goal with an early pass.

Cian Tiernan made a great save to deny McCabe after a great move before Harry Wilson fired over from distance on 39 minutes. Jack Reynolds & Riaghan Ward replied with points after Kalum McLoughlin was unlucky to see a great shot come off the post.

A block on Joey McBrien stopped another Joseph’s goal chance but McBrien did swap points with McNulty. McNulty did miss a goal chance too but made amends with a free with less than nine minutes to go.

Darren Shortt scored a lovely point and he quickly added a free. Jack Reynolds replied for the winners but an unlucky St Joseph’s got the goal they deserved when a great move down the field was finished brilliantly by Shortt to the net.