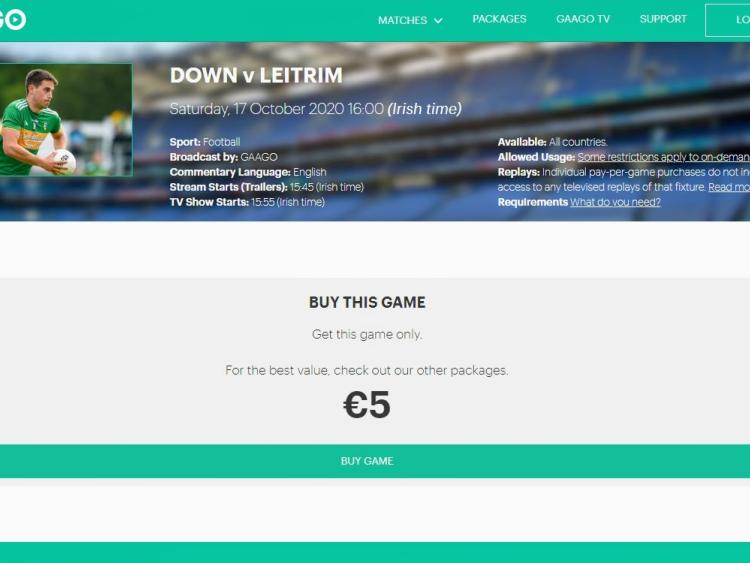 Fans might not be allowed attend any inter-county matches when action returns to the playing fields next weekend but Leitrim GAA fans will be able to follow the fortunes of the County football and hurling teams live from their own sitting rooms after it was announced that both Leitrim games next weekend will be televised live by GAAGo.ie.

GAAGo, the GAA's own online streaming platform, will broadcast both games involving Leitrim teams next weekend. First up is the clash of Terry Hyland's footballers with Down in Pairc Esler on Saturday, October 17, with a 4pm throw-in. Coverage starts at 3.45 pm with trailers with the live show commencing five minutes prior to throw-in (Link here).

On Sunday, the cameras will be at the Connacht GAA Centre of Excellence in Bekan, Co Mayo when Olcan Conway's hurlers take on neighbours Sligo in the Allianz NHL Division 3B Final, throw-in at 1.30 pm. Again, the stream starts 15 minutes prior to the scheduled throw-in time with the live show starting five minutes before the game starts (Link here).

Both games will cost you €5 to watch although there are a number of packages available on request. Both Leitrim games are part of a comprehensive GAAGo.ie schedule while RTE, TG4 and eir will also have extensive coverage of games in the Allianz NFL and All-Ireland U20 Championship.

The full list of games being shown by GAAGo.ie is as follows:

The full list of games being shown on TV is as follows:

TG4, 9.15pm: GAA 2020 - Highlights from the Allianz Leagues and U20 football and hurling championships.