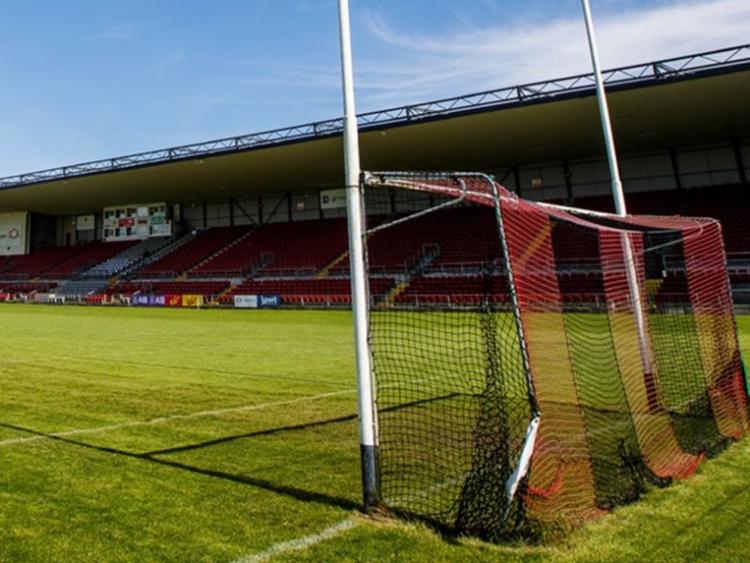 The Pairc Esler Pitch in Newry where Leitrim will take on Down next Saturday, October 17, at 4 pm in the resumed Allianz NFL Division 3 campaign

It really does seem like back to the future for Leitrim GAA fans as this coming weekend, we are wondering about the resumption of inter-county games at a time when Covid figures seem to be rising everywhere.

Leitrim footballers take on Down in Pairc Esler Newry in the Allianz NFL Division 3 on Saturday, October 17, at 4 pm while the hurlers face Sligo in the Allianz NHL Division 3B Final in the Connacht Centre of Excellence on Sunday at 1.30 pm.

Those self-same games were the first to fall victim to the Lockdown back in March and with rising numbers, particularly in Ulster counties, it really does seem like we've stepped back through time to March!

With Fermanagh seeking a postponement of their footballers Division 2 clash with Clare due to an outbreak of Covid in the camp, Longford seeking a change of venue for their clash with Derry in Celtic Park and possible further restrictions on border counties, the picture still remains unclear although the new restrictions in Northern Ireland do make an allowance for elite sport to continue under proper guidelines.

Both Leitrim games will be streamed live by GAAGo.ie and are available at a cost of €5 per game but even though the TV cameras will be there next Sunday but they won't be of much concern to Olcan Conway and the Leitrim hurlers as they chase glory in the Allianz NHL Division 3B Final.

“The fact that people can watch it is actually great because I have family and friends who want to see it and now they can,” Olcan told the Observer before adding “That the small group of devoted Leitrim hurling supporters will be able to watch it is great but to me, that is all a sideshow, it is up to us to focus on what we need to do on the day.

“But honestly, that stuff doesn’t bother me, I’m more worried about what happens on the pitch on the day and what the score is at the end of the game and with how our lads perform, that’s the most important thing for me,” said Olcan.