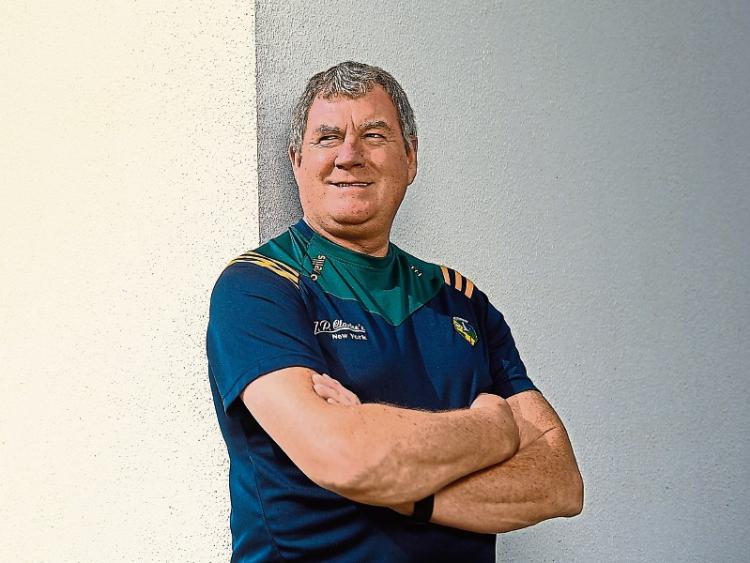 When someone as relentlessly positive as Terry Hyland tells you that he is not looking forward to next Saturday's Allianz NFL Division 3 clash with Down, then you truly know that all is not right with world!

Contacted on Monday morning about Saturday's crucial NFL clash in Pairc Esler (4pm throw-in), even the renowned positivity of the Leitrim manager has taken a hit in the face of growing Covid numbers on both sides of the border.

Asked if he was looking forward to the game, Terry simply answered “Not particularly!”

If there is an answer better than that when it comes to the dilemma of staging and playing games in current conditions, then I haven't heard it.

Expanding on his answer, Terry tells the Observer “I don’t know if the environment is right for anybody to enjoy going to sport at the moment to be honest with you.

“I think John, with the rise in cases of Covid at the moment to be perfectly frank with you, if everybody in the country was telling the truth, there is people who would be wary of possibly catching it or bringing it back to elderly parents or other vulnerable people and I think that’s at the back of everybody’s mind.”

Players find themselves in a particular dilemma - do they play and represent their county, something they have worked all their sporting lives for? Or does the outside world intrude on their decision about whether to lace up the boots this weekend?

“It is ok saying that they have a choice about going playing or not going playing but at the end of the day, they don’t want to let their county down,” mused Terry about the dilemma facing those involved in the county scene before adding “But at the back of their minds, there are a certain number of people who, as we get closer to the actual day, people will maybe make different calls on it.

“Maybe four or five days out, people will have different views on it and maybe even on the evening of a game so we just have to wait and see.”

As it stands on Monday, Leitrim haven't suffered any withdrawals but the Leitrim boss is fully aware of the concerns of his players: “To be fair. I haven’t had anyone say no, I have had players raise concerns. We have other things to consider too: we have people on the medical side of things who are dealing with vulnerable people day in, day out and they would have their concerns.”

Indeed, Terry believes that the GAA should have consider other formats and even dates to complete the inter-county season: “We would all have our concerns up to a point, I think the GAA probably should have gone for a knockout championship. you’d have 50% of the teams gone after day one, and after day two, another 50% of what’s left and it would have cut down the possibility of any transmission by a large percentage by doing that.

“I would have thought it would have been better to hold it off and give us an opportunity to maybe start training in November or December, whenever it was. Maybe instead of having the Cup competitions in January, hold the two rounds of the League and then you were into the start of your national league and determine it from there.

“But it is what it is, they’ve decided now to go ahead and it seems to be all steam ahead.”

Full steam ahead it may be but Covid had added to the logistical problems for anyone with a team as the Irish Soccer team showed last weekend. And it means that Terry and his team are all travelling by car to Newry for Saturday’s clash.

“We will travel by car, we decided that last weekend. It was either that or two buses but human nature is if you are travelling on a bus and your friend is sitting two seats further up the bus, you’re going to go up and sit beside them.

“That’s just the way it is, the way of the world, it is no fault to the young people who do all these things because we have a herd mentality, that’s the way human beings are built. You see it with the Irish soccer team and you see them flying by plane, two lads went to have a chat with their buddies and that’s the way it is.”

It is that pragmatism that leads Terry to believe that Leitrim would be extremely lucky to avoid an outbreak in its county teams: “We technically have access to dressing rooms but do we want to use them? I don’t know. They would have been some recommendations to go with marquees so that open air is circulating around and that is what they are doing, to keep contact as little as possible and thank God, we done that so far.

“And I use the words 'so far' because it can happen any day and as I’ve said several times, it is not the fault of anybody, it is just the way it is.

“You look at the Fermanagh problem and you feel sorry for them but their hand is being forced. Touch wood, we haven’t had anyone with it yet but I am using the word yet because it is inevitable that is going to come somewhere. This Covid is so virulent that it is going to poke its head up, it is one of those things, it is not anybody’s fault, it is just the way the thing is.

“I can see the point that they are anxious to play the Cup competitions but at the end of the day, it is 100 years since we had this sort of problem before and we have to work around it.

“That time there was no coaches, no buses, no travelling all over the country - they did have access to dressing rooms unlike now,” said Terry, referring to the great influenza outbreak that killed millions all over the world and infected a third of the world's population.