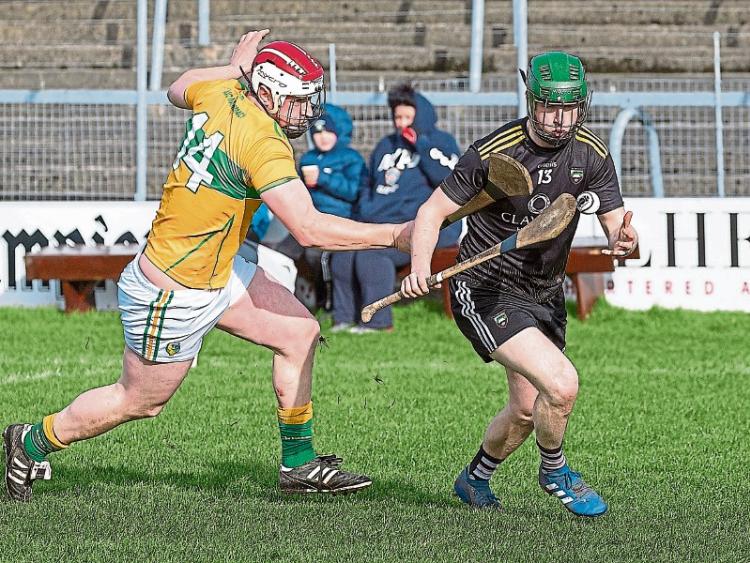 It must be something about hurlers but I’ve never met anyone who has lifted up a hurl that doesn’t look forward to their next match, be it an All-Ireland Final or an A v B game in training with undisguised glee.

At least that’s the impression Olcan Conway gives as he prepares to lead Leitrim in next Sunday’s Allianz League Division 3B Final against neighbours Sligo at the Connacht GAA Centre of Excellence in Bekan.

The manager is full of enthusiasm for the game, originally scheduled for last March but the first big Leitrim game to fall victim to the Covid outbreak: “We are really looking forward to it, we would have loved to have played in back in March when it was due but circumstances dictated that it wasn’t.

“So we’re back in action, we’re back training, the lads are hungry and we’re raring to go. We will prepare the best we can and give it a real good shot.”

Neither has Olcan detected a loss of enthusiasm from the players: “The response has been fantastic, we had the lads for a couple of weeks before the County Hurling Final and they really were flying, they were hungry and keen to get themselves going for both county and club, everybody was back flying it.

“We had one or two lads still involved in football championships but apart from that, we had a good 90% of the squad.”

Strangely enough, Olcan had to cut back on training recently but not because of any problems with Covid but rather to give his players a rest after a strenuous County Final: “It was tough on the players, we had to give them the week off after it because of the intensity of it and because of the extra-time.

“We didn’t go back training till last Friday night and the rest did them good, they came back last Friday hungry and raring to go and we’re all going to be pulling in the same direction against Sligo and that’s the main thing.”

Neither will Leitrim be losing any of their outside contingent to the ravages of Covid: “Technically speaking we only have one outside player with us on the panel - Ben Murray is the only one. I know you could classify Zak Moradi and Dave McGovern as outside players as they play their club hurling in Dublin but we actually don’t, they are Leitrim men through and through, they’ve been with Leitrim for years.

“We have Niall Kennedy from Limerick who unfortunately suffered an injury in his club championship down in Limerick and he is out for the rest of the season, he is living up in Manorhamilton. Cathal O’Donovan’s circumstances unfortunately have changed due to Covid. When Covid came in, he had to head back down to Cork and unfortunately, the permit for him didn’t work.

Indeed, Olcan believes that the strength of club hurling in the county is being shown in the team: “It will be Leitrim against Sligo on Sunday and we will have, basically, all Leitrim players and I think that is something very important for us, going forward as well.

“It shows how much the standard and things in Leitrim has improved and in both the clubs as well, it is fantastic, great to see it. Hopefully we will fight for that badge as hard as we can against Sligo.”

Olcan is in his first year in the job and he was thrilled with the improvement he saw in the players before the season came to a halt: “From our first game against Fermanagh to our last game against Lancashire, we had improved incredibly.

“We had made great ground and we were probably ahead of schedule of where we wanted to be with the team.

“There were a lot of things we wanted to work on but the lads took everything on board and put them into practice a lot quicker than we even anticipated as a management group. It was good, we were really looking forward to getting a crack against Sligo at the time because we were buoyed by our win over Lancashire, we probably should have won that game by a lot more.

“We will take the underdogs tag with us and we’ll show them what we’re made of. I’m quietly confident that we can upset the odds but it is going to be down to ourselves, we have to perform on the day. That’s how we look at it.”

Beyond Sunday’s Final, Leitrim hurlers then head straight into a Nicky Rackard Cup meeting with Armagh, a game that the Leitrim manager believes is every bit as important as the Division 3B decider:

“It is massive for us, we probably couldn’t have a tougher draw than Armagh, there certainly would have been easier draws out there for us but Armagh are a good team. I got to see them a few times during the League, they are strong, they are physical, they can hurl and everything you’d expect of an Armagh team, it's there.

“It is one step at a time and every game for us from here on in is nearly a final. We’re going to massive underdogs. Would I love it if the crowds were there at the match, cheering us on and giving us extra help when we need it but the lads are determined to put their best foot forward.

l Sunday's Final throws-in at 1.30 pm at the Connacht GAA Centre of Excellence in Bekan, Co Mayo. The game will be televised on GAAGo.ie