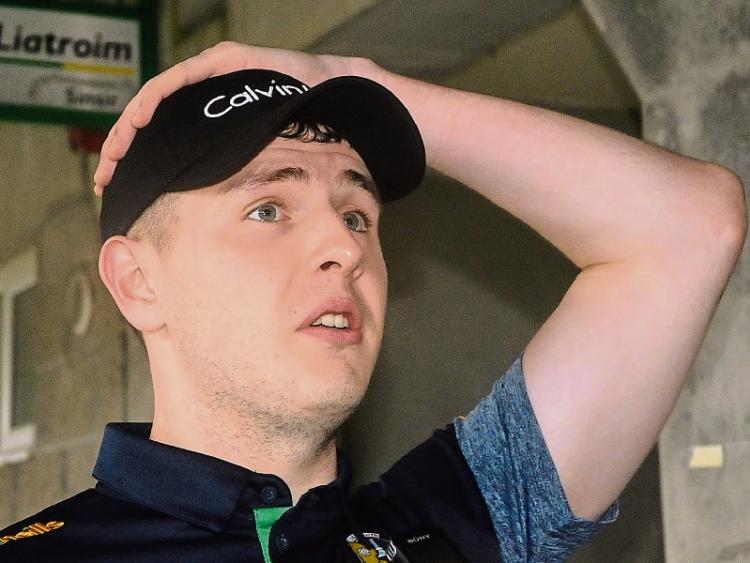 Leitrim’s players can hold their heads high according to keeper Brendan Flynn after last Sunday’s defeat at the hands of Mayo in the Connacht Senior Football Championship in Avantcard Pairc Sean Mac Diarmada.

“I think we can hold our heads up after that one but definitely a strange one,” mused Brendan after a question about the entire strangeness of a championship match, in December, without fans and all with the shadow of Covid-19 hanging over everything!

“It was very difficult. If you look back on the game, you see how my kickouts I struggled big time to get length on them, they just caught the wind. Usually you’re playing the championship in nice sun, it is a strange one this year.

“It has been a difficult year but we want to be playing Mayo, we want to be putting up good shows but we need to be building on this for next year. There were good performances from the young lads - Donal Casey, his first senior performance for the club was last year and even seeing him there, he is not out of his depth there. There are footballers in Leitrim.”

Analysing the match, Brendan did not make much of his three goal saving stops but stressed the calibre of the opposition Leitrim faced: “The lads would have done well at the start of the game but at the end of the day, it is Mayo we’re playing and they have scores coming from everywhere.

“We were probably lucky they only came at us five or six times, they tried to get through a lot more but the lads held them out. It is nice to make saves but they still got the first goal, they got the second one and I think they’ll be happy with the return from their shots.

“That’s a team that is not going to be too far from an All-Ireland, you can see the way they moved there, the reputation for what they have, they are brilliant players. It is nice to test yourself against that.”

Whatever about testing himself, Brendan was delighted to be back playing for his county again after a gap of two years, even with all the worries of Covid-19: “Yeah, 100%. To be honest, when you are in a bubble like we are here, it seems right, it feels right, it doesn’t seem as if there is anything else going on.

“There are a lot of people, football would have been the main thing. I was lucky, I was still working away but this is probably what has got some people through lockdown. I’m proud of how we showed out, 100%, I’m happy to be back in goals for Leitrim, I took two years off so it is nice to be back.”