2020 was a year like no other for the GAA and in a wide ranging and comprehensive report for next Monday's Leitrim GAA County Board Convention, Secretary Declan Bohan casts his eye back over a very challenging year. 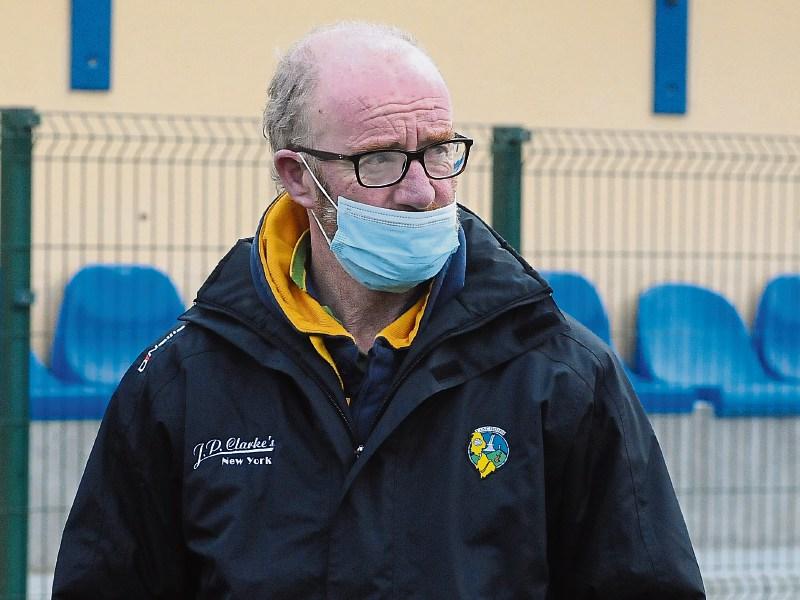 2020 was a year like no other for the GAA and in a wide ranging and comprehensive report for next Monday's Leitrim GAA County Board Convention, Secretary Declan Bohan casts his eye back over a very challenging year.

It is indeed a great honour for me to present the Secretary’s Report to Convention at the end of the strangest year in living memory.

As we embarked on what we hoped would be an exciting new decade, we were thrown back in our tracks on March 12 when the world stopped spinning and everything changed in what seemed like an instant.

While it may have been coming over the previous few weeks, the harsh reality that confronted us was seismic for all concerned as the wheels literally stopped turning in almost all aspects of life. We were forced to adapt and are continuing to adapt as we face the reality of living with Covid-19.

This adaptation has taken shape over the intervening months as we have gone through various stages of lockdown, reopening and reclosing that has played havoc with life in general, and more specifically in this regard with how ‘we do’ GAA.

There is more to life than playing games, and while not trivialising the importance of sport, there has been a much bigger picture and many of our members have lost loved ones due to the hold the virus grasped on the nation and we remember them at this time as Christmas approaches.

However, we are a sporting organisation and for many, many people involved in our organisation, sport is of utmost importance. Apart from the winning and losing, the very act of participation brightens our daily existence.

The feel good factor of being able to take to green sward was particularly in evidence throughout the summer months with the return to our fields and what had remained silent, perhaps overgrown in cases, became what they were always intended as enthusiasm and hunger for play, in equal measure, was in evidence across all our clubs.

It was great while it lasted, and unfortunately we were forced to cease activity in early October with the finishing line almost within grasp. One more weekend would have done, but it wasn’t to be.

We will complete 2020 eventually and while it would have meant so much more to those clubs who will have to wait to complete their 2020 games programme as others got to do, nonetheless, the record will be eventually updated.

A decision to allow the clubs host home games, which was a new departure for the Leitrim Club Championship at the highest club levels, proved very popular and the added bonus of collecting the gate receipts for these matches was a win-win situation for all clubs concerned.

What transpired were arguably the finest club championship series in years. Anecdotal evidence would suggest that club management teams had to contend with a field full of enthusiastic players who, after a long enforced lay-off, were hungry for activity.

This hunger and enthusiasm transformed the club matches and there was just a simple freshness about the season. While it’s obvious that the ‘rest period’ contributed to this freshness, the fact that the county players were also fresh was a huge asset to their clubs.

While there were difficulties with limited attendances, closed doors, open doors and all that it entailed, we managed to conclude the Connacht Gold SFC on September 27, with Mohill facing a St Mary’s Kiltoghert team which resurrected its senior campaign from the brink of disaster at the group stages.

Ultimately it was bridge too far for the St. Mary’s Kiltoghert lads as a finely drilled Mohill side, blessed with talent, delivered its third Fenagh Cup in the last six seasons.

The destination of the Frank Reynolds Cup for the 2020 Smith Monumental Intermediate FC remains unknown. Unfortunately, Covid issues forced the cancellation of the final on its original date of September 26, and its rescheduled date of October 11, fell inside the most recent lockdown.

The staggered nature of the club championships has resulted that the same fate has befallen the ultimate destination of the Vistamed Junior A and Junior B Championships, despite finalists having been declared.

It is highly unfortunate on Annaduff, Gortletteragh, Aughavas, Cloone, Allen Gaels (second team) and Mohill (second team) that they will have to wait until 2021 to conclude these competitions.

It is a great compliment to Cisteoir that he can report that the finances of Leitrim GAA have, to a large extent, survived 2020. While the accounts have recorded a deficit on the year’s trading, that is very much to have been expected.

The decision to hand over the gate receipts of the group stages of the club championship may have contributed to this deficit but it was still the correct call in that clubs, which are the very bedrock of our association, need to survive and operate meaningfully.

We trust that this decision will have helped clubs to operate more meaningfully in what their busy period, and fundraising at club level was, hampered at best and to all intents and purposes nowhere near what may have been expected in any normal year.

Uncertainty will hover over our finances over the next couple of years. While the Inter County Championships have been propped up by Government Funding this year, we wonder what will happen in 2021.

There can be no doubt that financial headaches lay ahead and we may have come up with new ways of solving them. The lack of spectators at the Inter County Championships will have a knock on effect on all of us. How this manifests itself into 2021 remains to be seen.

it’s hard to quantify the difficulties that Coaching and Games encountered throughout 2020. The very essence of this department’s work is engagement with clubs and its players, in addition to being highly involved in the preparation of the various academies.

They found new ways of doing things and engaged most purposefully with online course presentations throughout the first lockdown period.

In more recent times, the finalising and publication of the Leitrim GAA Player Pathway Framework, which is due to be officially launched at tonight’s convention, is the culmination of a lot of research and planning by the Coaching and Games Department and I welcome its arrival.

What we have is a clearly defined document which will, hopefully, bear fruit for the clubs and its players and the very kernel of its aspiration should clearly set out the pathway to the future and result in better quality players for the future. The document is to be embraced by all involved in the future of Leitrim GAA.

Finding Ways to Help Others

While in lockdown, our clubs and members involved themselves in helping the vulnerable in their respective communities. Working in co-operation with Leitrim County Council, Leitrim GAA can be justifiably proud of the efforts of all our clubs to demonstrate what a club and community is all about.

We congratulate the staff of Leitrim County Council for the herculean operation that we were delighted to be involved with to ensure that life was made a little easier for those who were cocooning and isolated in their communities. It brought true values to the forefront as we proved that in certain times it’s not all about winning and losing.

We are in the realms of predictions now which is a dangerous game. We hope that with the imminent arrival of a vaccine that the Covid era will pass sooner rather than later. Normally at this stage we would have a clear pathway towards the 2021 playing season with all that would need filling in are the results. We still a long journey way from that certainty.

It remains undecided what shape the intercounty calendar will yet take in 2021. What we can predict is that it will again be different to what would have usually taken for granted. The club calendar will take its shape from whatever it is that is decided at the inter county level. There will certainly be challenges at all levels.

What is of paramount importance is that we remain safe. The GAA was rounded on from all corners as regards the return to play, particularly at the highest level. However, we have completed our business well throughout 2020. Clubs played their parts in this collective responsibility and a load shared is a load lessened.

We would respectfully ask our clubs to remain patient with whatever unfolds over the next twelve months. We will strive to be meaningful in our approach to activity but it will have to be guided, and is likely to be different again. Time will tell!!”