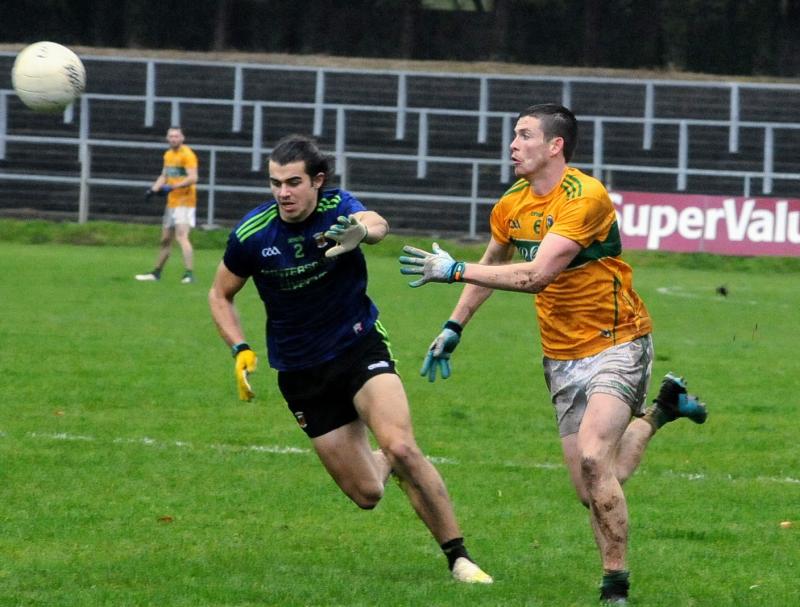 Leitrim teams will not be in action until the end of February under the new plan for the 2021 inter-county season unveiled on Monday afternoon by the GAA with the entire second half of the year devoted to club action only.

Under the new plan, County games will take place in the first part of the season with an uninterrupted main Club Championship Window from the weekend of July 24/25, to October 23/24, with the Provincial club competitions, up to All-Ireland Semi-Finals, taking place from October 16/17, on.

Terry Hyland's Leitrim team will also face a much shortened League campaign with all four Divisions in the Allianz Football League being divided into two, with Leitrim down to face Antrim, Louth and neighbours Sligo in their half of Division 4. The top two teams in each section will qualify for the League semi-finals with the bottom two going into a Shield competition to provide extra games.

For the Championship, Division 3 & 4 teams at the end of the 2021 League who do not reach their provincial finals will compete in the Tailteann Cup on a knockout basis with a possible place for New York in the competition as they are ruled out of the Connacht SFC.

For Leitrim hurlers, there will be no change to the amount of games they receive in Division 3B but Warwickshire's participation in the Nicky Rackard Cup could come into doubt, as could London in the Connacht Senior Football Championship, depending on what restrictions are in place regarding Covid-19.

Speaking to GAA.ie, GAA Director of Player, Club, and Games Administration and Bornacoola GAA Clubman Feargal McGill has explained why this approach has been adopted: "I think if you took a short term view you would say there is no guarantee we will be able to play club games in the first quarter of the year.

“We aren't allowed do them now. Yes that is if we look at the short term, but if we look at the longer time, if the GAA are going to bring in a split season and it will be on the agenda for Congress in February, I think the right decision is still to put the county game first.

“A couple of reasons for that, if you ran with the club game first you could end up playing county finals at the end of April, the early part of May because then you have to run the provincial and All Ireland club championships.

“That would be very early for the flagship team in every club to be finished their activity, we don't think that would have been a good approach. There would be less appetite for teams to play in leagues and non championship competitions once they are eliminated from the county championships.

“The third obvious thing is that if you ran with club first towards the end of the club season with the inter-county return to training would be eating into the time available for clubs. For all those reasons we think county first is a no brainer to be quite honest.”

The main points of the new plan are as follows:

-No return to collective Senior inter county training before January 15.

-Senior inter county challenge games allowed from start of February – due to covid and its associated risks, no training or games that will involve an overnight stay are permitted during pre-season.

-No return to collective inter county minor training (H & F) or U20 Football before Friday February 6; challenge games in these grades will be permitted from Friday, February 26.

-No return to collective inter county U20 Hurling training before Friday, April 2. Challenge games will be permitted from April 23.

- Divisions will be split into North and South

- 4 teams in each group – based on geography

- 3 Round Robin games per team

- Top two in each Divisional group to league semis, followed by league final

- Bottom teams in Division 4 to Shield semis and final.

- Provision made to run either with London or without depending on restrictions.

- “Pick up” weekend included – provision to allow competition to run over by one week if necessary, also allowed for

- Run on same basis as in a normal year except no League Quarter or Semi Finals – Division 1 league final will be Div 1A winners v Div 1A winners; top two teams in all other groups play the relevant league final.

- Provision made to run either with British based teams (London, Warwickshire and Lancashire) or without depending on restrictions

- If without…… London and Warwickshire will be exempt from relegation (i.e. they will start 2022 in Divisions 2b and 3a respectively)

- Decision will be formally taken on the participation of British teams in January and depending on Restrictions in place.

- No Round Robin quarter finals

- For teams in Div 3 and 4 of the football league at the end of the 2021 league season (i.e. AFTER promotion/Relegation process), that DO NOT reach their respective Provincial Finals

- If NY are allowed participate, they will be drawn against an eligible team defeated in either Round 1 or a Quarter final of the Provincial Championships – game date May 16 (this may be a preliminary Qualifier if more than 16 teams eligible).

- Recommended if NY are involved, their game(s) will be in Ireland.

- Rounds – Prelim Round (if required), Round 1, Quarter Finals, Semi Finals and Final

- Semi Finals on Sunday June 6th – Croke Park double header; will be only significant games in the calendar on that date

-There will be 11 teams in Liam Mac Carthy in 2021 - there will be a preliminary round in the qualifiers between the two defeated Quarter final teams.

All of the above played on the following basis:

-Draws to be made when it is clear if British based teams are participating or not.

-IF British teams ARE NOT PARTICIPATING in Ring, Rackard & Meagher – alternative competition structures will be put in place.

-U20 B Hurling similar window (final on July 3)

-De-coupled from Senior All Ireland Championships

-Development C.C.C.C to bring forward proposals on how these should be structured.

-All knock out games in the above Championship competitions, will be subject to finish on the day regulations – EXCEPTION: All Ireland Senior Football and Hurling Finals (Tier 1), which will have Extra time in the original fixture, and will be finish on the day in the event of a replay only.