As we come to the end of a year like none we've ever experienced, the Leitrim Observer has asked a few journalists and some of our sports stars to look back on 2020 and pick out their highs and lows of the Covid-19 hit sporting year. In this article, Leitrim Ladies captain Clare Owens looks back on an eventful year for the Ladies game in Leitrim. 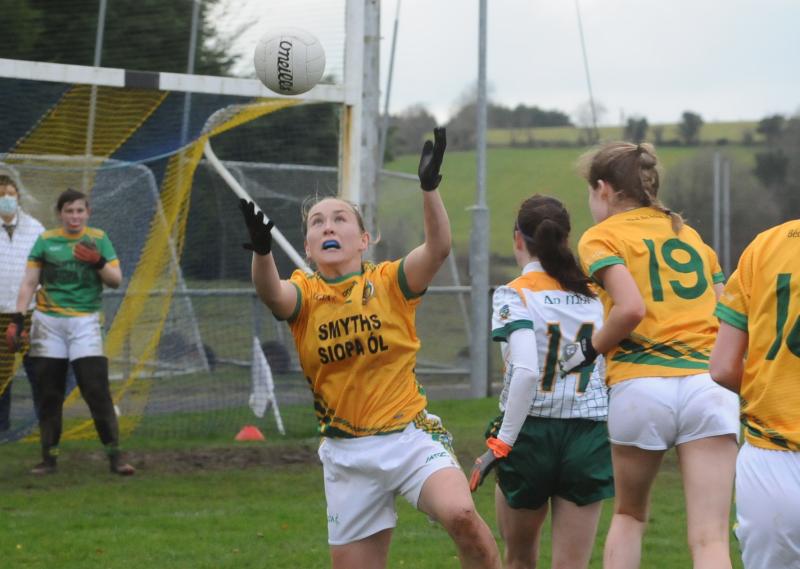 The knockout format in the men's championship. Cork's last gasp goal against Kerry to put Kerry out of the Championship, Cavan's victory over Donegal who were destined to dethrone the Dubs, by all accounts. I'm not sure how this would work exactly but a straight knock out championship every three or four years would definitely keep things interesting.

Well, without doubt it has to be the arrival of Covid into all of our lives. In sporting terms, probably the postponement of the Olympics considering they only come around every four years for the athletes involved.

I feel very lucky to be able to say that thus far, bar the few minor inconveniences that the entire population have had to deal with, Covid-19 hasn't directly affected me personally in any significant way. Similar to what a lot of people have been saying upon reflection of 2020, it has revealed just how important the people in our lives are and the ordinary everyday things we, maybe, took for granted with them a little bit before this.

Maybe we'll remember this time when things hopefully return to some form of normality in the coming year.

Hopefully we'll recall how we all had to slow down and take stock and that perhaps it wasn't such a bad thing. 'Life moves pretty fast. If you don't stop and take a long around once in a while, you could miss it.' Credit to Ferris Bueller for that line! I think it's worth remembering.

As Gaelic footballers, we have been in an extremely privileged position overall this year when you consider how many events and sports were just cancelled outright or postponed until 2021. At times it did feel a bit strange to be going to training when some many other people's hobbies and outings were still on hold.

The ban on spectators showed yet again that a sporting organisation in an area is so much more of a community than just the group of players and management. That definitely felt unusual, even as a ladies footballer. We wouldn't ever get very large crowds anyway but it did feel odd every time we headed off to a match as normal when none of our supporters could attend.

A positive development from all of this is how many people were tuning in to all of the live streams that were provided free of charge by the LGFA. Between that and the 20x20 campaign, it probably has been a better than expected year in terms of exposure for the game.

Well, not really. I've always been able to maintain perspective when it comes to sport and the part that it plays in my life, for the most part. When lockdown happened, it was completely understandable for sport to have been put on pause, in my opinion. So little was known about the virus at the time and it allowed authorities and relevant bodies the opportunity to evaluate whether it was safe for sporting activities to resume.

Selfishly, it did feel great to get back playing and being able to see teammates. I've loved the amount of games I've gotten to watch this year because of the availability of live streams etc. But when you set it against the backdrop of a global pandemic and the horror that some people have been living through over the past nine months, then that is a very sobering thought.

Thomas Galligan for epitomising everything that is good about the game on the football pitch for Cavan this year. I don't know him at all as a person but just to watch him play makes me think that he is someone everyone would love to have on their team. If he could bottle whatever he has as a footballer, I'm sure he would make millions!

Looking to our near neighbours again for this one. Has to be Cavan men for me. Their victory over Donegal in the Ulster final was just really magical to watch. The spirit of endeavour shown by every single Cavan player individually and collectively on that evening was incredibly heartening to watch. The game oozed with enthusiasm from the off and the excitement was palpable, even through the television screen!