As we come to the end of a year like none we've ever experienced, the Leitrim Observer has asked a few journalists and some of our sports stars to look back on 2020 and pick out their highs and lows of the Covid-19 hit sporting year. In this article, commentator John Lynch gives his verdict on the highs and lows of an incredible year. 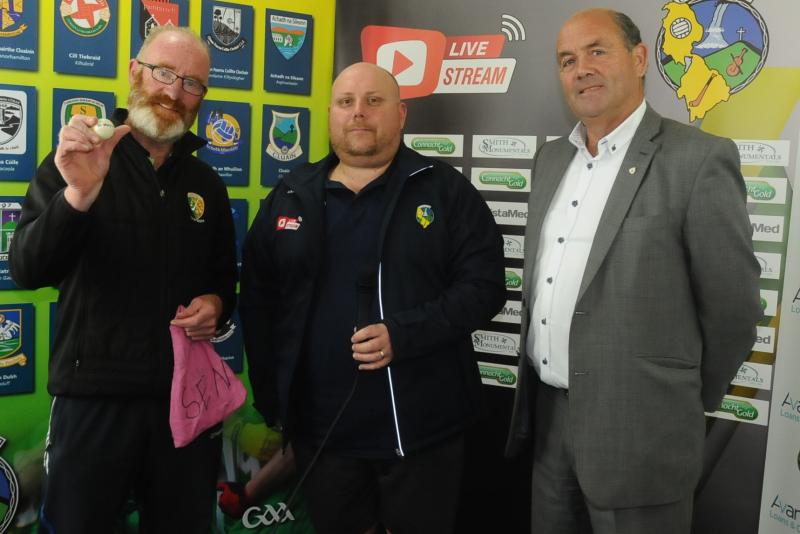 For too many years I have reported on Leitrim Club teams and indeed for that matter inter-county teams fail to advance in the provincial competitions. This happens more often than not against the teams from Mayo and Galway. So when on a terrible day for football in Drumshanbo the Manorhamilton Ladies defeated Kilmovee Shamrocks it made a wonderful change. Here was a team well managed by PC that had the belief in their own ability which was constructed on the foundation of winning a Leitrim championship for the first time. They did not rest on their laurels but went a step further and now have a shot at a Connacht title in early 2021.

The lack of supporters at matches and sporting events. I was one of the lucky ones that was working on matches and events all year but it was strange, the lack of atmosphere, the silence and the lack of cheers and roars to greet a score or a super save. Supporters make the occasions and the quicker they return the better. The demise of the Irish International is a hard watch at present, in a year where Jack Charlton went to his eternal reward, it’s a shame to see the mess on and off the pitch at present.

When the first lockdown was introduced it was unusual to be home at weekends and not be attending matches. Then when summer arrived it was a busy schedule of radio and streaming duties. The streaming of the championship in Leitrim was hugely enjoyable, I was honoured to be part of a team that bought into the idea and the standard of the Championship was excellent.

Great question, strange at first a guilty feeling being there when others could not attend. A little nervous at first getting used to the new normal. Then afterwards in our case being commentators there was responsibility that you had to produce the best possible service you could for those that were watching or listening. As mentioned previously the loss of supporters was very, very strange and unsettling.

Katie Taylor. A true sporting champion, what she has succeeded in professional sport is now on a par with what she managed to achieve in the ring during her amateur years. We all perhaps may have considered 2012 and the London Olympics as her crowning glory. The Bray Lady has really flourished in the professional arena of boxing and still holds her beliefs a truly shining star on an otherwise disappointing year for international sport.

Let’s return to Leitrim for this one and I am going with the Mohill championship winning team for 2020. Liam Keenan has repeated the magic worked by Tommy McCormack and Pauric Davis the year 2000. Mohill looked so assured and so professional in their approach to winning the Fenagh Cup. Some achievement to maintain that hunger for many of the older players considering what they have won down the years.

St Mary's were runners in the 2019 senior Football Championship, the performances of David O’Connell and Paul Keaney among others caught my eye. I honestly feel that these guys have what it takes to make an impact at the intercounty senior level. They will benefit from working under Terry Hyland who let’s not forget developed some number of Cavan players at under 21 level in his time.