We had a fantastic response to our Leitrim Observer GAA Mens and Ladies Club Teams of the Year for 2020 and here are our top three nominations in each position.

We asked our readers to pick out their best 15 Mens and Ladies Club Players of the year and we had some interesting results, sure to provoke debate up and down the county as supporters can debate who made the final shortlist and who failed to make it.

Now we ask you, the GAA public, to select the final Mens and Ladies selections for the Leitrim Observer Club Teams of the Year.

Using the coupons below or simply by typing out your 1-15 and emailing it to sport@leitrimobserver.ie, fans can then vote for who they consider should be the player selected in each of the 15 positions on both the Mens and Ladies teams - online polls will be conducted and for those who don’t have online access, votes can be cast via the coupon in-paper.

The closing date for voting will be Friday, January 15, at 5pm.

MEN'S CLUB TEAM OF THE YEAR 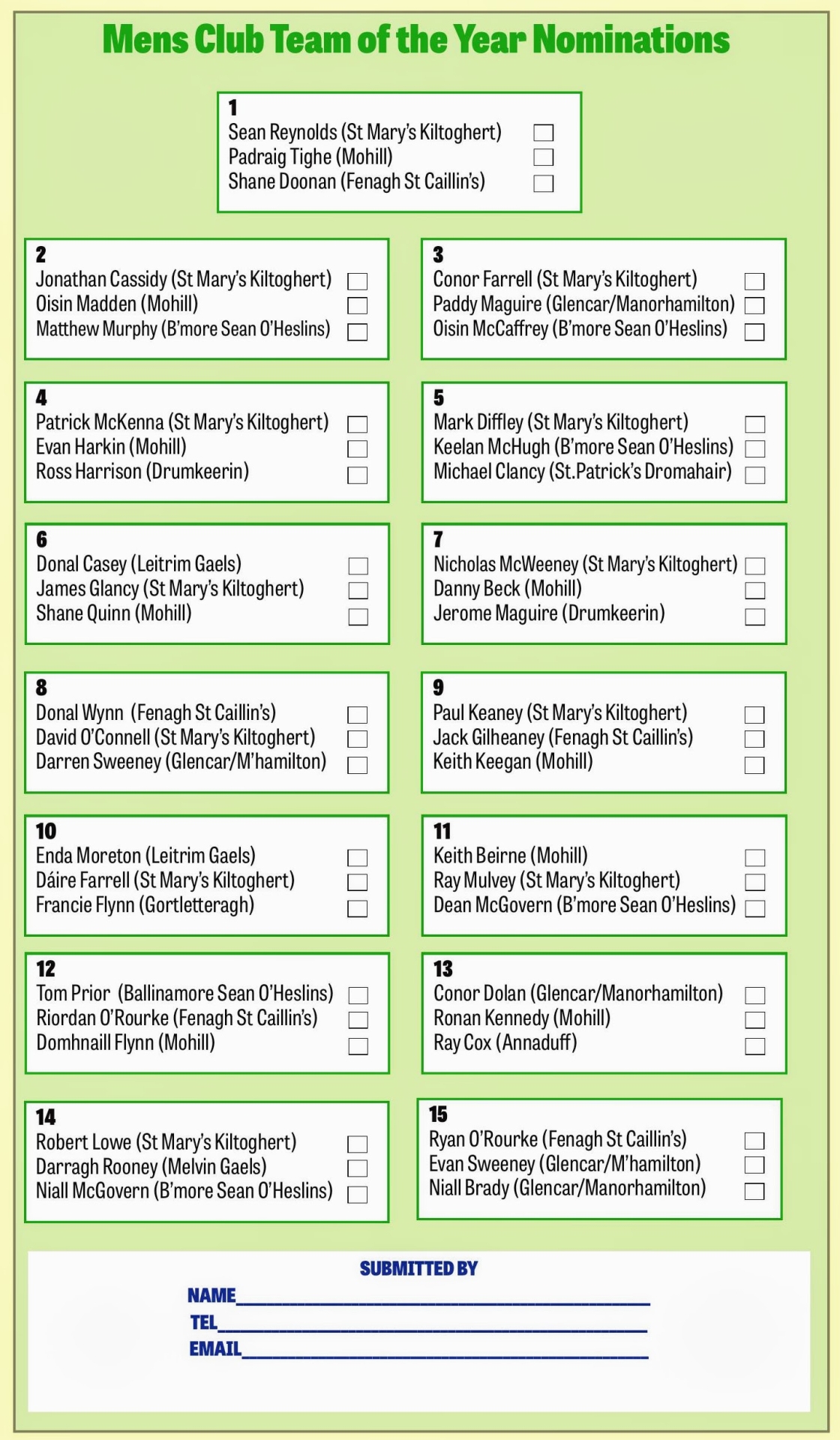 LADIES CLUB TEAM OF THE YEAR 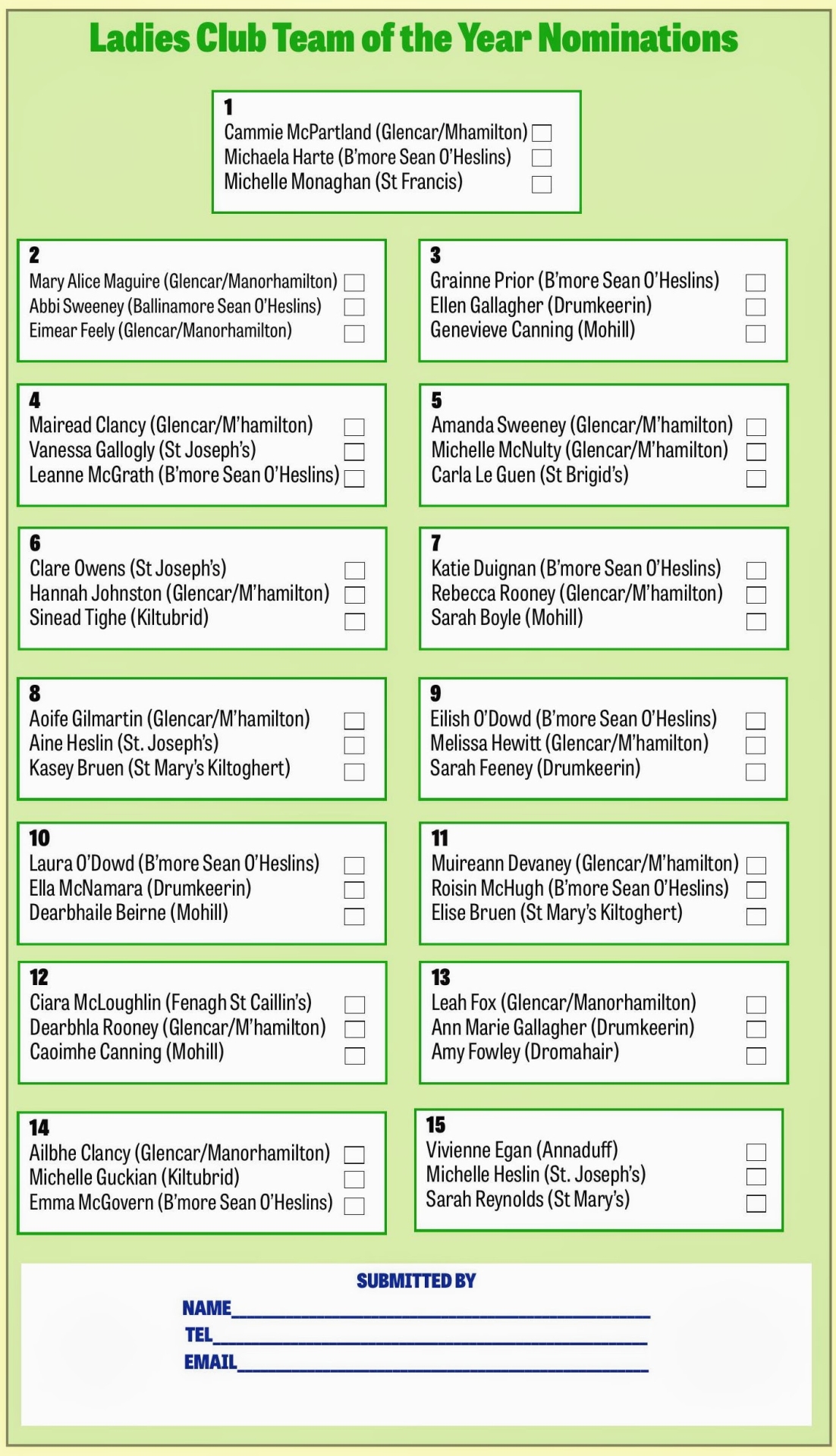