Running and walking all over the world for Leitrim GAA 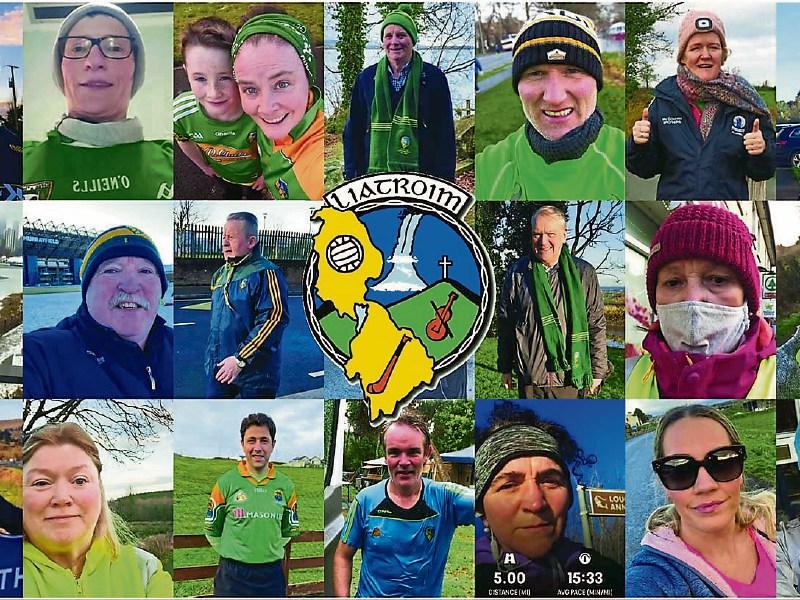 From Australia to Albuquerque and Aughavas and, it seems, everywhere else in between, Leitrim people all over the world are really getting behind the new Leitrim GAA 50 Mile January Challenge that hopes to raise €50,000 to help prepare the County's teams.

Leitrim GAA is organising an exciting fitness challenge in January to raise funds for all Leitrim inter -county teams. Supporters are asked to sign up to walk, run or for the very ambitious solo 50 miles during the month.

There has been an excellent response to the Challenge so far with over 850 supporters joining up from all over Leitrim and beyond including Melbourne, Chicago and Dubai including the likes of former Leitrim and Allen Gaels star Donncha Lynch who probably caused a great deal of envy in an icy Leitrim by posting a 3 mile run on the beach on the north coast in New South Wales, Australia.

Another far flung Leitrim exile taking part is Fergus Whitney from Port, Leitrim Village who wrote on the 50 Mile in January Facebook page all the way from Albuquerque, New Mexico where he works as an Agriculture programme manager in the village of Los Ranchos.

Indeed, Fergus draws on the example of Leitrim GAA to inspire the fundraising efforts of the local community to, as he puts it, “inspire and fulfil our vision” of a small scale agriculture centre of excellence for their 6,000 strong local community

The lead on the project is former Leitrim footballer Adrian O’Flynn from Manorhamilton who is experienced in organising very successful similar type fundraisers for a number of charities in Ireland and the UK, famously going for a open air cold water swim every day in January 2019 for Glencar/Manorhamilton GAA club.

This initiative comes at a critical time for Leitrim GAA finances due to the fallout from Covid 19. The target is to raise €50,000 and this will ensure the preparation of all Leitrim teams from academy to senior.

Leitrim Senior team manager Terry Hyland threw his support behind the campaign as he said "I'm not on Facebook, I like to keep my head down! But for 700 people to commit to anything is fantastic. And to see that level of support and commitment from football people in Leitrim ... it's great.

“It's great for me, it's great for the management team and the players. It's a great lift and I'd just encourage everyone to involved to keep going and keep pushing to raise even more than the fifty thousand Euro. Everybody has a few pound at the moment! It's just a matter of pushing it.

“So I wish everyone that's involved the best of luck and have no doubt it's make a big difference to all Leitrim teams this year."

Leitrim GAA County Board Chairman Enda Stenson also said he was delighted with the response so far.

Joining the campaign is very easy - simply go on to the Leitrim GAA website and you will be directed to join the 50 Mile team. You will then be given simple instructions on how the campaign and GoFundMe works.

The team is growing by the hour and there is an opportunity to link up with fellow participants across the world and have a bit of fun.