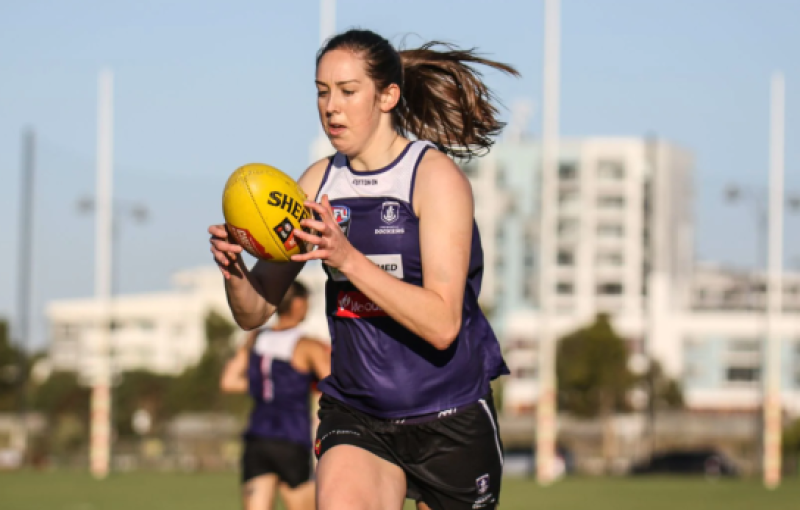 Devastating news emerged on Wednesday afternoon when it has been revealed that Kiltubrid and Leitrim Ladies football star Aine Tighe will miss another season for the Fremantle Dockers Women's team in the Women's Australian Football League.

Fremantle announced the news on Twitter, saying "It's unlikely we'll see @ainetighe play in 2021" with a heartbroken emoji to accompany the devastating news for Aine that rules her out of action for a second consecutive season.

Fremantle statement on the club website said "Fremantle ruck Aine Tighe will be out for an extended period of the 2021 NAB AFL Women’s season after an arthroscopy last week revealed a significant medial meniscal tear in her left knee. Unfortunately the latest setback comes after the Irish recruit injured her ACL on the same knee last summer in a pre-season fixture, which resulted in her missing the 2020 season.

General manager of football and performance Joe Brierty said the injury was clearly very disappointing for Tighe and Fremantle: "We are devastated for Aine after the ACL injury she sustained last year. Everyone was excited about what Aine would have contributed to our 2021 campaign.

"Aine is very resilient and dedicated, which was evident last year when she remained in Australia post-season to use the club’s facilities to ensure she completed the best possible ACL rehabilitation. Unfortunately for Aine and the club, the timing of the injury means it is unlikely that we’ll see her play in 2021.

"The club will continue to support Aine through her rehabilitation and we know that she will do everything to recover as quickly as possible”.

The timing of the injury could not be worse for the 28-year-old Kiltubrid woman who ruptured her anterior cruciate ligament [ACL] on the same knee in her final pre-season game last January ahead of her debut season.

Aine, who was home to watch Kiltubrid Ladies reach the Ladies Senior Championship semi-final, spent much of the year in Fremantle to speed up the rehabilitation process and was tipped once again to make a big impact in the upcoming WAFL season such was her progress.

Aine, who suffered a cruciate injury on the same knee back in 2018, will stay on with Fremantle during her recovery from this heartbreaking injury.