A tribute to a great Gael, John Pat Rooney 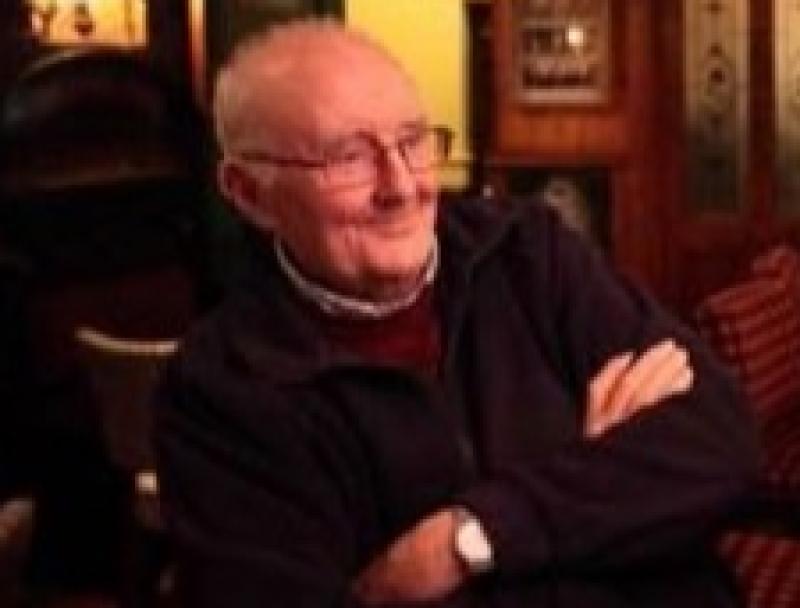 The Manorhamilton area community was deeply saddened to learn of the death of John Pat Rooney, Lisnabrack, Mullies who died peacefully at Sligo University Hospital on Tuesday, January 26.

The late John Pat was born in 1936 and was an ardent GAA fan, who attended many games in Leitrim and indeed in several places in Ireland during his long life, which spanned 85 years.

Among the notable games that John Pat attended during his lifetime was the 1956 All Ireland minor football final in Croke Park in which Dublin beat Leitrim; the 1958 Leitrim junior football championship final in Ballinamore when Manorhamilton’s Seán McDermott’s GFC won their first and only county title and all the Glencar/Manorhamilton’s county senior, intermediate and junior championship finals from 1970 to 2019.

John Pat Rooney served as Glencar/Manorhamilton GAA Club Treasurer from 1980 to 1986. As well as Leitrim, John Pat was also a keen Donegal supporter over the years, attending many of their games.

He was really delighted to be present in Bundoran for Donegal’s victorious homecomings following their 1992 and 2012 All Ireland wins.

John Pat, as well as supporting Glencar/Manorhamilton in their first ever Connacht Club senior championship game away against Galway’s Corofin in 1977, always supported every other Leitrim Club over the years who represented the county in all their Connacht Club championship campaigns at many venues.

As a young man John Pat’s first job was in a Lurganboy quarry. After a short period there, he moved to work in Manorhamilton’s Killasnett Co-Op in the spring of 1954 where he spent the next 55 years before retiring.

He had a great interest in drama, and particularly the local drama scene. During the years he attended many of the former Manorhamilton Seán McDermott Drama Society’s productions.

He regularly attended the annual Ballyshannon and Kiltyclogher Drama Festivals, and during the 1970s he travelled many times to attend the very popular Kinlough Tops of the Town competitions.

The Glencar Manorhamilton GAA Club paid its own tribute to the late John Pat.

Thady McTernan, Uachtarán, Gleann an Chairte Cluainín, said the club and its wider community mourns the sad passing of John Pat Rooney, one of the club's most loyal and greatest supporters since its formation in 1969.

He attended games both home and away in all kinds of weather either on his own or in the company of a friend. He was there through good times and bad. He supported, enjoyed and celebrated the many successes and achievements of the club over this period.

John Pat was a quiet unassuming gentleman with an interest in everything but in particular local GAA activities, It was a joy to meet him in Killasnett Co-Op where he worked for many years or at a football match or socially as you were assured of a good conversation about football, let it be the previous weeks games or he might take you on a trip down memory lane to reminisce about games of yesteryear.

John Pat served as Treasurer of our club for seven years from 1980 to 1986. He carried out the job in a quiet, diligent manner at a time when money was scarce. Prior to the formation of the Glencar Manorhamilton Club he was an avid supporter of the Sean Mac Diarmada Club.

He created a little piece of personal GAA history in 2018 when he attended the Junior A football final in Ballinamore between Glencar Manorhamilton and Glenfarne- Kiltyclogher.

Sixty years previously on the 26th October 1958 he was at the Leitrim Junior A football final, which also took place in Ballinamore when the Sean Mac Diarmada team defeated Annaduff to take home the first ever County football title.

He was also a great Leitrim GAA follower travelling far and wide to support the county team. When his native Leitrim weren’t playing he went to see his neighbouring counties play, in particular Donegal. He also attended games in Croke Park including All Ireland Finals.

We will miss him dearly and his passing leaves a huge void in our GAA community.

All of us at Glencar Manorhamilton GAA Club offer our sincere sympathy to his sister Mary Margaret, brother Gerry, relatives and friends.

On Saturday, January 30, Fr. Samuel Kure and Deacon Padraig Kelly, himself an excellent former Glencar Manorhamilton and Leitrim footballer, officiated at John Pat’s Funeral Mass in the Church of the Annunciation, Mullies and at the burial afterwards in Mullies Cemetery.