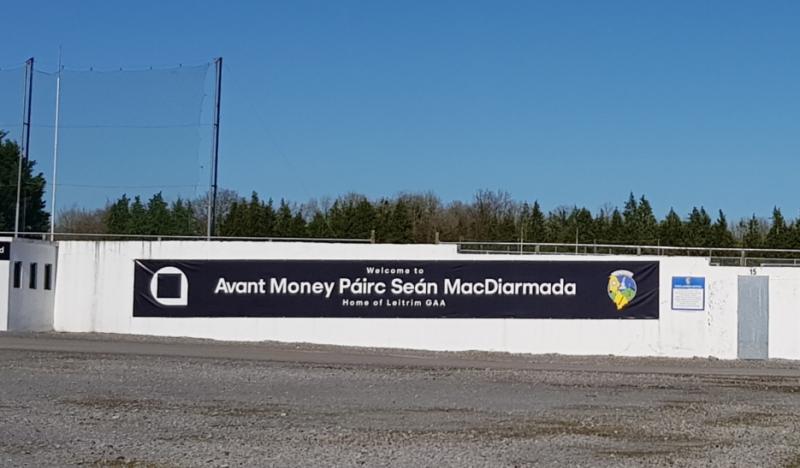 Leitrim GAA got a huge boost today (Monday April 12) with the news of a new name for Avant Money Páirc Sean Mac Diarmada as local lender, Avant Money, has announced that it is extending its sponsorship of the Leitrim county grounds, the Leitrim Observer can exclusively reveal.

Carrick-on-Shannon based consumer finance provider Avant Money is delighted to announce a three-year extension to its primary sponsor agreement with Leitrim GAA from 2022.

It is a timely and welcome boost for Leitrim GAA to secure a valuable extension with Avant Money. The company has been a key partner for Leitrim GAA, becoming the official sponsor of the county grounds in 2018 under its previous trading name, Avantcard.

The new agreement will see the county grounds renamed Avant Money Páirc Sean MacDiarmada until the end of 2024. External signage in the páirc has been updated to reflect the new Avant Money branding, with work on the internal signage underway in readiness for the new season ahead.

Speaking to the Leitrim Observer, Chris Paul, Avant Money CEO, said “Avant Money is absolutely delighted to be partnering with Leitrim GAA for a further three years. It has been a challenging year for us all, including sports organisations who provide valuable outlets for people of all ages to come together in the shared support of their favourite teams.

“Now, more than ever, we feel it is important to show our support for the people and projects in the region, and we are proud to be in a position where we can continue to do this. Along with Leitrim GAA, we have also extended our partnership with nearby Sligo Rovers FC and continue to support local charities such as North West Hospice.

“One of our five core company values is ‘Caring’, caring for our colleagues, our customers and our community. Last year, the company and its staff supported over 30 local charities and organisations, with total donations and fundraising in excess of €30,000.”

Enda Stenson, Leitrim GAA Chairman, said “We are delighted that Avant Money is continuing to invest in the region and extending its partnership with us for the next three years. The last twelve months have been a challenge for everyone, and now, more than ever, we are grateful for their support. We are looking forward to players from every age and club around the county getting back on the pitch this summer and to opening the gates of the county grounds once again.”

Avant Money is Ireland’s newest mortgage provider and leading provider of personal loans and credit cards. The company is headquartered in Carrick-on-Shannon, Co. Leitrim, with a second office in Dublin, employing over 250 staff. Avantcard DAC, trading as Avant Money, is regulated by the Central Bank of Ireland.

Sport plays a key role in the company’s culture and values. Avant Money currently sponsors Leitrim GAA’s county grounds, Páirc Sean MacDiarmada, Sligo Rovers FC and was the first financial services company in Ireland to be accredited with the Ibec KeepWell mark in 2018, along with being the first company to be reaccredited with the award during a challenging 2020.