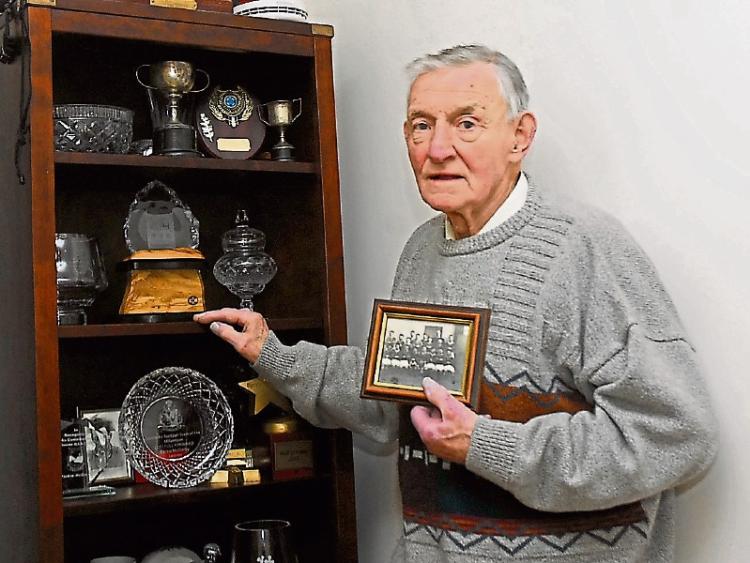 Noel McPartland from Drumshanbo was a good friend of Packie's and he remembers travelling the country following his and Leitrim's exploits.

“When Eamonn phoned me on Tuesday morning (April 6) to tell me the news that his father had died I was really shattered,” Noel says.

He knew Packie from “way back” and remembers when he was in St Mel's College in Longford in 1952. Leitrim were a Junior team at the time and Packie was on the team that got to the All-Ireland Final that year.

“We followed them during that summer as they beat the teams in Connacht and became Connacht champions. We beat Donegal in the All-Ireland semi-final and played Meath in the final in Breffni Park in Cavan.”

Noel was back in boarding school when the final came around and he remembers him and others being refused permission to listen to the match.

He says they sneaked down to the kitchen to listen to the commentary on the radio through the door. The match finished Meath 0-11, Leitrim 0-2.

Noel says when the match ended the door was flung open and the late Fr Pat Murphy, a Leitrim man, who had been listening to the match asked the lads what they were doing.

They replied they were trying to listen to the match and asked Fr Murphy who won.

Noel said he also remembers Leitrim travelling to play then All Ireland champions Louth in 1957 in the McKeever Cup in Ardee and beating them.

“We followed them all over the country, they gave us great pleasure and enjoyment,” says Noel.

Transport in those days wasn't easy to come by and Noel and others were glad that Ned McGowan (Eamonn's father) had a car and brought them to all the matches.

Noel was there in Ballinasloe at the Railway Cup semi-final in 1958 when Packie and Cathal Flynn “took Leinster apart.”

Noel got to know Packie in business life later on when he worked for Laird's in Drumshanbo and sold Bo Peep jam to him in his shop in Clondalkin.

Once business was done, the subject moved straight onto football.

Noel recalls one time playing golf in Newlands Golf Club in Clondalkin in a trade event. He says a young fella came up to him and offered to caddy for him.

Noel says he never had a caddy before and said alright. He asked the lad his name and he replied 'McGarty.'

Once the golf was over it was back to Packie's where Ella made them a cup of tea and they had a lovely evening. Noel stayed in touch with Packie over the years and became a firm friend.

“It's the end of an era,” says Noel. “He was a great inspiration for youngsters back then. It's an awful loss for people of my generation,” he concludes.