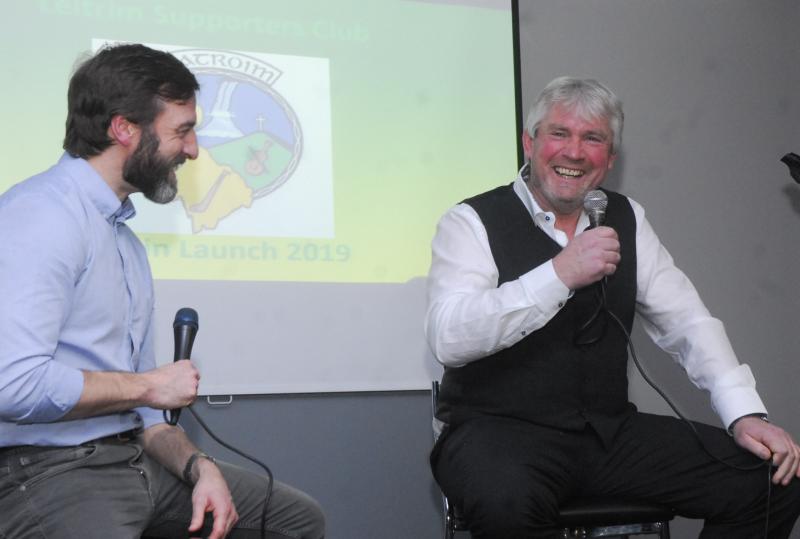 The bard of Leitrim life, Seamus O’Rourke, will pen and recite a tribute to the late great Packie McGarty as part of the online launch of the Leitrim GAA Supporter’s Club draw taking place online on Thursday, May 13, at 8pm.

The event, which usually takes place in January in Croke Park before the start of the Allianz National Football Leagues, has become a must attend event. This year’s gathering can be viewed on Leitrim GAA’s official Facebook channel and on www.leitrimsupportersclub.ie.

MC for the night Colin Regan will discuss with county chairperson Enda Stenson and senior team manager Terry Hyland Leitrim’s 2021 national football league and championship as well as the hugely successful 50km fundraiser that engaged so many Leitrim faithful earlier this year.

Two of the county’s top performers, Seamus O’Rourke and Edwina Guckian, will discuss how they used the lockdown to deliver exciting new artistic outputs, from an acclaimed biography to the revival of the ancient ‘mumming’ tradition.

‘Leitrim People of the Year 2021’ Seamus Clarke and Catriona Kenny Clarke, will provide a bite of the Big Apple, live from New York, when they discuss their sponsorship of the senior football team, becoming a Grand Marshall in the Yonkers’ St. Patrick’s Day parade, and their work with the Aisling Irish Community Centre.

The night will conclude at 9.15pm with Eamonn Duignan and Seamus O'Rourke providing a tribute to Packie McGarty (including a new piece penned for the occasion by Seamus). Eamonn will officially launch the 2021 Leitrim Supporters Club draw (which once more features an array of exceptional prizes).

One lucky person who has tuned into the online launch will be in with a chance to win a beautiful Leitrim artisan food hamper provided by the Leitrim Local Enterprise Office.

Tune into Leitrim GAA’s official Facebook page or www.leitrimsupportersclub.ie on Thursday, May 13, at 8pm sharp enjoy the show and be part of the conversation.