Leitrim Hurlers and Footballers face crucial campaigns in battle for honours, writes John Connolly in part one of THE LAST POINT 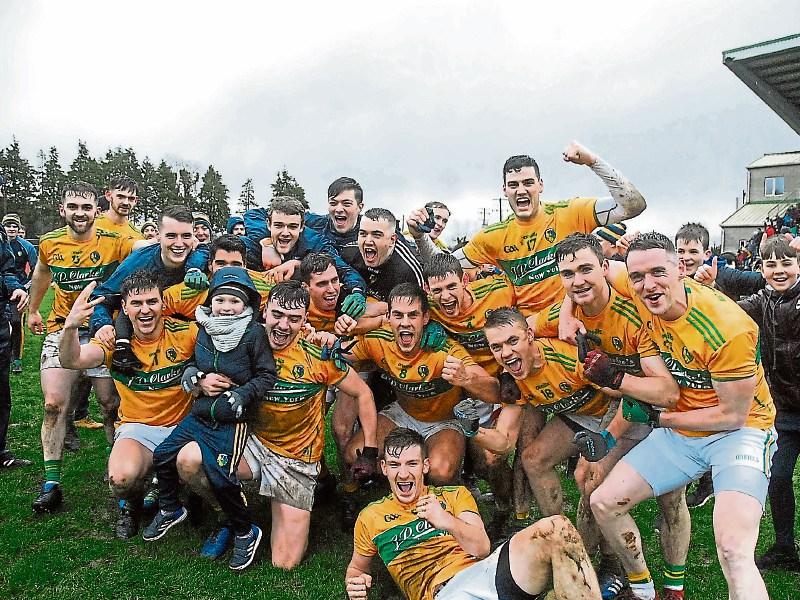 The Super League is here! No, I'm not taking about the dreaded European Super League (you can read my thoughts on that at the bottom of this page) but rather the Super League that Leitrim footballers, male and female, and hurlers face over the next four weeks.

Covid's dreaded impact means a condensed inter-county season once more with just three group games in their respective divisions for our hurlers and male & female footballers! And considering the importance a good run in the League plays in a county's championship hopes, well, the next few weekends are really going to be Leitrim's Super League!

That's no great revelation or secret even - in our special pullout supplement “Over the Bar” previewing this year's Allianz Football League and Championship, Terry Hyland and Gary Reynolds lay it plainly on the line, the League is what Leitrim must target to make progress.

Now, Terry & Gary are the first to admit that it won't be easy for the Senior footballers. There are genuine signs of hope for the Green & Gold but I'm sure the footballers of Sligo, Louth and Antrim are thinking exactly the same thing - we can win this!

It is Leitrim's misfortune that we're included in the much tougher side of the Division 4 split - there is no comparison in the two sections of Leitrim, Sligo, Antrim and Louth with Waterford, Wexford and Carlow. Now, all three of those Division 4 South teams have beaten Leitrim in the past and have also been promoted but it's fair to say that the split of teams has been somewhat lopsided!

Just as I said before last year's tough Division 3 campaign, Leitrim could play quite well in Division 4 North and still end up in the bottom two in the section. But it equally important that we point out that Leitrim have the talent to win promotion back to Division 3 for 2022!

Both those statements are true and as we saw last year with Tipperary, it is a fine line between success and failure. The Munster men held on to beat Leitrim in the League, just about beat Limerick in the championship after extra-time and then shocked Cork in the Provincial Final to win a first Munster title in decades.

You wonder when David Power and his players look back at 2020, do they look on the game in Carrick as the turning point?

Sligo, Antrim and Louth will all get the boost Leitrim got two years ago with the arrival of a new high profile manager. It is fair to say that Terry Hyland's impact on that group of players was the one factor that made promotion possible. Remember how many tight games Leitrim came through that year? Can they do the same this year.

Division 3 was a harsh lesson for many Leitrim players last year. Time and space were at a premium and errors were amplified - if the footballers can remember those painful lessons, there is no reason why Leitrim can't be battling for promotion.

The same message goes for our hurlers under Olcan Conway - you only have to read his words on the next page to know that the Leitrim manager exudes belief in his players and is passionate about his team and their potential.

The task for Olcan and his players is to build on an excellent 2020 campaign that saw them contest the Division 3B League Final and reach the Nicky Rackard Cup semi-finals against the odds.

The loss of Conor Beirne, Zak Moradi and Niall McLoughlin will be sorely felt but the influx of talented young and committed hurlers is an enormous boost.

This hurling campaign may also see the ranks of dual players in Leitrim swell by one as James Rooney, one of Glencar/Manor's best footballers, has joined the hurling panel, joining the likes of Conor Beirne and James Glancy in lining out with both. You wonder if the hurlers could ever persuade Ballinamore's Shane Moran to pick up the hurl again for the Ballinamore man was an outstanding hurler in his youth.

But from chatting with Olcan Conway, the hurlers are raring to go in this League - the enthusiasm and willingness to put in the work is there but, no more than the footballers, they just need the breaks to go their way.

On the face of it, Division 3B is eminently winnable but just like the footballers, the hurlers will find that their opponents from Louth, Fermanagh and Cavan will fancy their chances against the Green & Gold - certainly the Ernemen have had some fantastic battles with Leitrim in the past while Louth are the reigning Lory Meagher champions.

So for the hurlers, it could all come down to next Sunday's opening League clash with Louth in Avant Money Pairc Sean Mac Diarmada. Win and possibilities start to open up for you. Lose, however, and no matter how much you battle, the League might be gone for, unlike the footballers who have the chance to a second series of games to win promotion, the hurling league is being decided with no final, games won and scoring difference the deciding factor in the campaign.

Can the hurlers do it? Anybody who had the privilege of seeing them in the flesh last year has no doubt that they can. But again, it will be a close run thing.

So for our two county teams in action next Sunday, it really is the start of a “Super League” where the importance of every single game is magnified beyond comprehension. Our Ladies begin their campaign the following week, more about them in next week's paper, but right now, all we can do is wish the footballers and hurlers the very best for the campaign.