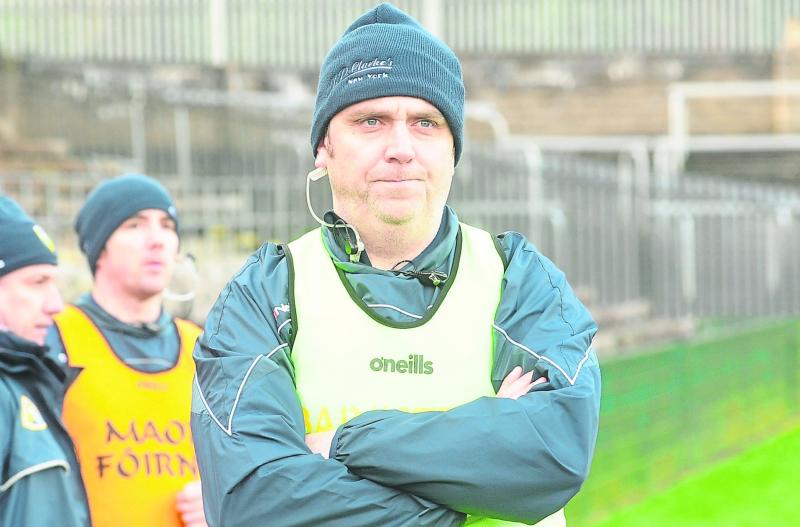 If there is one thing Olcan Conway is, it is a straight talker. You don’t have to spend too long in the County Hurling manager’s company to come to that conclusion - forthright, passionate about hurling and possessing a belief in the quality of Leitrim hurling.

So when Olcan tells you that Leitrim’s task is pretty simple when it comes to their Allianz NHL Division 3B campaign, you know it is a message he is drilling home to his players ahead of next Sunday’s first outing against Louth in Avant Money Pairc Sean Mac Diarmada (2 pm throw-in).

Finalists in last year’s league and semi-finalists in the Nicky Rackard Cup, Leitrim actually go into their league carrying some favouritism but Olcan simply doesn’t know how his team will respond to the challenges they face this year, be it the favourites tag or dealing with Covid!

“It has been difficult; you can do all the talking and all the chatting on Zoom and everything you want but until the ball is thrown in against Louth on Sunday, you don’t know, there is no point saying otherwise,” Olcan told the Observer when looking ahead to Sunday’s clash.

“Traditionally we know Leitrim probably haven’t been great at carrying the tag of favourites but we want to win, the players want to win the league so there is no choice - if we want to win it, we just have to go out and beat all three teams in it.

“There is no back door, there is no second chance to try and win a League Final and there is no other opportunity other than to go out and try to win all your matches, it is as simple as that.” 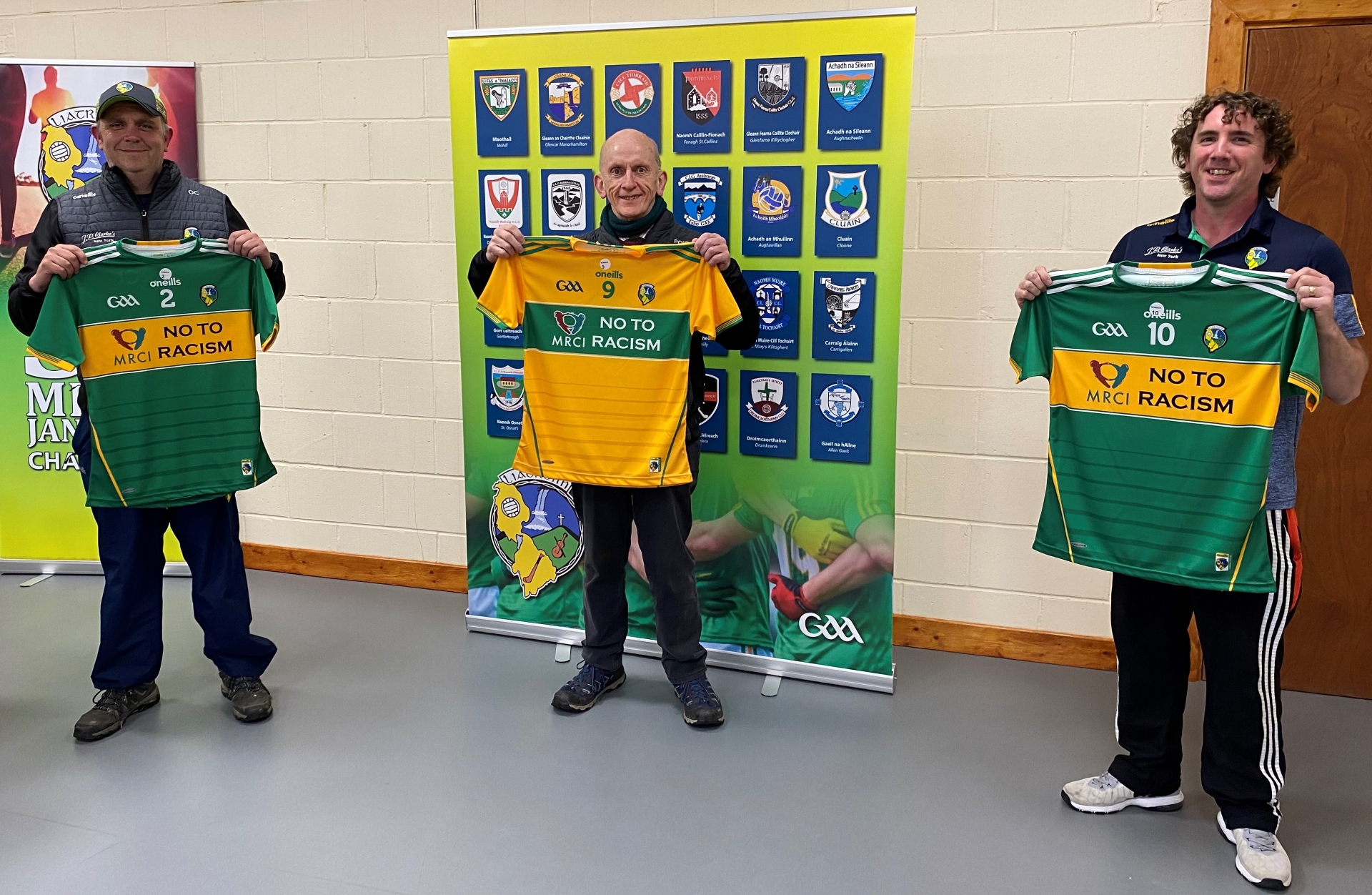 Sounds simple doesn’t it but Olcan is the first to know it won’t be that way - “Louth are the current Lory Meagher champions and they are very good, they have some very good hurlers, there is no point in saying otherwise. You can’t rule out Fermanagh and Cavan but the first game is the first game and we will both want to win it.

“I think whoever loses the first game will be saying ‘well, that’s the league over’ and we’ll start looking towards the championship because then you are depending on somebody else to do you a favour.”

Louth would be playing Rackard Cup hurling this year normally but with promotion and ruled out this year, Olcan feels they may have a point to prove: “They are definitely a team who probably feel they don’t deserve to be down in this league and they don’t deserve to be in the Lory Meagher competition either so they are probably looking at us that ‘if we can beat these guys, we can go on and win the league, we’ll be in a higher division next year’.”

“There is very little between us and it is going to come down to who actually wants to win it more.”

Desire is obviously a big factor for the Leitrim manager and he sees it replicated in his panel who have turned up in great physical shape after a pre-season of Zoom meetings and training by themselves: “We’re delighted with everybody coming back and how they’ve come back. Obviously it is a fairly new panel, a few lads left unfortunately and a few lads came in so the whole thing has been changed around a bit.

“But we’re very happy with the new players who have come in, they’ve really strengthened the whole squad. We have 32 really top hurlers now, we brought in a few lads from Manorhamilton who impressed us in the county final, we lost a few because of work commitments and things but the strength and depth in our squad, we’re very happy with the squad.”

Some of those losses were important players in the past for Leitrim like Conor Beirne, Zak Moradi and Niall McLoughlin but the addition of Cluainin players Paddy Clerkin, Paddy Clancy, James Rooney and some young up and coming players from Carrick have compensated for the loss.

Trying to integrate the new players and overcome the loss of experienced performers hasn’t been easy in a time of Covid restrictions: “It is certainly not an easy thing to do - up until last Wednesday, there were no challenge matches, we were playing in-house matches among ourselves.

Early planning for the 2021 season meant that the hurlers had their strength & conditioning programme in place before the Lockdown in January hit but Zoom proved a real help in fostering team spirit: “We did Zoom classes twice a week, which was great. We were doing full body workouts and the lads were all at home and I was looking at them on the computer and we’d have 20 lads on doing the whole workout.

“It kept us together as a squad by doing that and we found it really beneficial. The clubs, as well as ourselves, were asking them to do their 5Ks, their 10ks, their sprints - everybody had programmes to do and they all did it, they have come back in fantastic order which has made our job in the last three weeks in particular extremely easy.

“All we’ve had to do is work on their skills, their stickwork, their ball work and those things. It has made our life a little easier because they’ve come back in fantastic shape.”

Ambitions remain the same for Olcan and the hurlers - they want to win every game they enter and will play with that mentality: “You don’t enter any competition just to stay in it, you have to enter it to win it. It is going to be very difficult, especially since we have so many new players in the squad.

“It is difficult to get a handle on the new lads, can they perform at the level we want them to? We don’t have a long time to figure that out but so far, they all look like they can. Until you actually get a few games and get the opportunity to put them in the thick of it, it is very difficult to know.

“Going forward to the Nicky Rackard Cup, we probably could not have got a tougher draw, away to Mayo, home to Donegal and both were in the final last year - it really doesn’t come any tougher than that. It is something we will relish because we will be the underdogs, no point in saying otherwise but we’d be quietly confident that we’re going to upset one of them and earn a spot in the semi-final and when we get to a semi-final, we don’t intend on losing it.

“That is the mindset we will be going into the Nicky Rackard Cup with - a League and championship double is what we want to see by the end of this year and that is what we’re planning for going forward.”