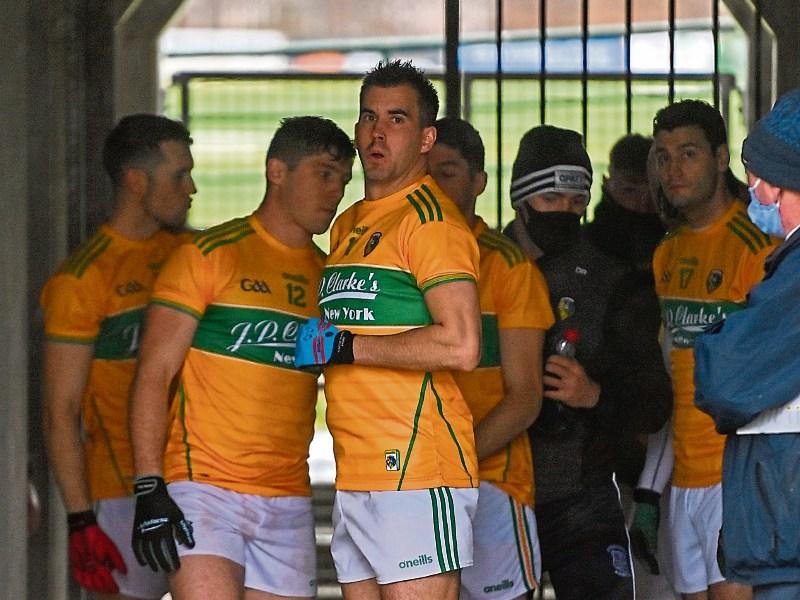 Leitrim captain Paddy Maguire and his team-mates gather in the tunnel ahead of the Connacht SFC Quarter-Final match against Mayo at Avant Money Páirc Sean Mac Diarmada in November Picture: Sportsfille

You don’t put the cart before the horse, in this case the cart being the championship but for Leitrim, the horse is definitely the League and it is in the Allianz League Division 4 North campaign that Terry Hyland’s troops will seek to make real progress.

Facing the winners of either Mayo or Sligo in the semi-finals, Leitrim start on the back foot straight away as the winners, and lets be honest here it will be more than likely reigning Connacht champions Mayo, will have a game under their belt and be up to the pace of championship football.

Think that is not a factor? Just ask a lethargic Galway who went into last year’s Provincial decider against Mayo seriously under-cooked after their semi-final clash with Sligo fell victim to Covid-19 concerns.

They came within a point of the eventual All-Ireland finalists and who’s to say that a game against Sligo wouldn’t have made the difference.

There are few teams around the country in the same boat as Leitrim with three Division 1 or former Division 1 teams in their provincial championship.

As it happens, two of Leitrim’s League opponents Sligo and Antrim share the same tough challenges and no doubt, like Terry Hyland, they too will regard the League as priority number one.

Hyland may just have a head start, however, when it comes to the Allianz Division 4 North campaign as he is the only incumbent to return for 2021.

Former Armagh All-Ireland winner Tony McEntee brings a wealth of experience with him to Sligo, having led Crossmaglen Rangers to two All-Ireland Club titles and served as a selector with Mayo in recent years.

Enda McGinley is hoping some of Tyrone’s magic rubs off on an Antrim team who yo-yo between the divisions, capable of wonderful football at times. McGinley will be joined by the iconic Stephen O’Neill, who was recently a selector with Tyrone.

And of course, Louth pulled off the coup of all coups with the acquisition of the legendary Mickey Harte. It is a huge boost to get someone with Harte’s experience and know-how and will immediately give Louth an enormous boost for the coming campaign.

All four managers know that, barring a Tipperary-style breakthrough, the League is the surest path to improvement in 2021, whatever about glory so it makes the three games in the group so difficult to call!

Will Antrim have an advantage due to the fact that they are back training earlier than their three opponents? Can Harte unlock the sleeping potential that is obvious to outsiders in the Louth ranks? Can McEntee restore Sligo’s lustre after the downward spiral of recent years?

For Terry Hyland, the obvious question might be can he repeat the magic of 2019 when Leitrim won promotion in his first year in charge of the Green & Gold but looking deeper at the performances of last year, the question is can Leitrim produce the football they showed in flashes for longer, sustained periods in matches?

There were times when Leitrim in last year’s League and even for the first quarter against Mayo in the championship where Hyland’s men went toe to toe with vaunted opposition and gave as good as they got. Delivering the sustained quality 70 minutes performance is the holy grail right now for Leitrim.

Do that and Leitrim have more than a good chance of contesting promotion from Division 4 this year. And with that comes greater confidence that something can happen in the championship. But it all starts with the League!