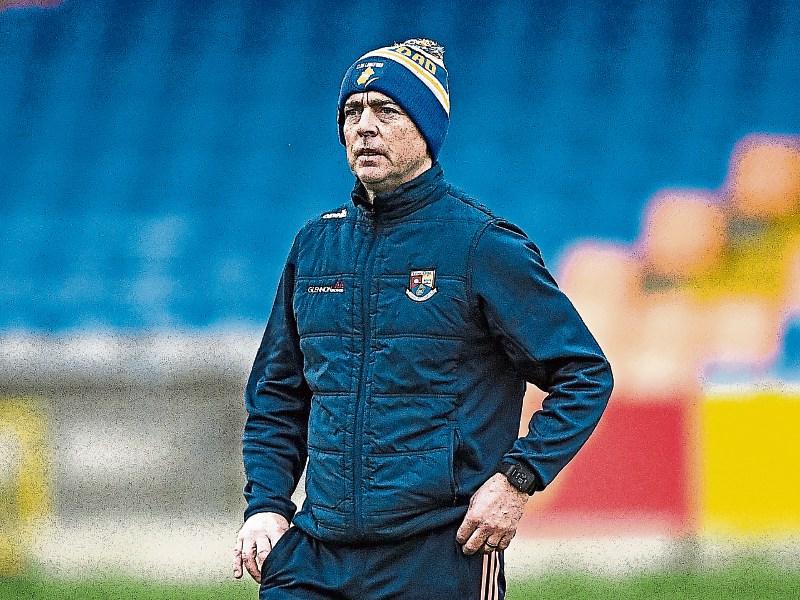 Michael Quinn, Barry McKeon, David McGivney and the Kenny brothers Shane and Oran will all be back in action for Longford as the manager Padraic Davis bids to build on the progress made last season amid the frustrating Covid pandemic.

The Division 3 status in the National Football League was consolidated in comfortable fashion and further satisfaction was gained in the hard earned win over Louth in the opening round of the Leinster Championship back at the beginning of November.

Quinn, McKeon, McGivney and the Kenny boys from Lanesboro were all missing that day in Mullingar for different reasons and it was the same situation for the unlucky defeat against Laois in the provincial quarter-final at Glennon Brothers Pearse Park a week later.

Injury restricted Robbie Smyth to a cameo role in both those games and the Abbeylara ace made a significant impact when brought on in the second half against Louth, scoring a couple of crucial points in horrendous conditions at a very wet TEG Cusack Park.

With key attacker Smyth now back to full fitness, added to the boost of the returning Michael Quinn, there is a great buzz in the Longford camp as the extended squad in the region of 40 players prepare for the opening league game at home to Derry on Saturday next.

The only negative at the moment is the absence of regular defender Barry O’Farrell who will be ruled out of county action this season after undergoing necessary surgery on a recurring wrist injury.

The boss Padraic Davis is placing a big emphasis on the league campaign, reflecting on the consistency his side have shown in Division 3 for the past few years and are generally contenders in the push for promotion.

“Considering the ruthless manner that Dublin have dominated the Leinster Championship and little or no hope for any of the other counties in the province, the league has been a more competitive environment for us and gives a better indicator as to where Longford are at,” stated the straight talking Davis.

After enjoying a highly distinguished football career, the former Fr Manning Gaels and Longford forward turned his attention to coaching in recent years.

Padraic is looking forward to a third term in charge of his native county and the first competitive fixture for six months with the dreaded coronavirus delaying the start of the 2021 season.

“Things are going well in training and the players cannot wait to get back in action. Hopefully, we can bring that energy into the league campaign, starting with the opening fixture against Derry.

“The result in that game is going to be a key factor in the challenge for promotion. If we can beat Derry there will be zero pressure for the showdown against Cavan at Breffni Park a week later with the Ulster champions expected to win.

“Division 3 North is going to be extremely tough and it will all come down to the remaining match against Fermanagh in Enniskillen, whether we are in contention for a place in the league semi-finals or trying to avoid a relegation play-off.

“It's a very thin line between success and failure with the way the league has been regionalised this season and retaining our league status is very much the priority,” said Davis.

Offaly, Limerick, Wicklow and Munster champions Tipperary compete in Division 3 South and few can argue with the fact that it looks like the less difficult group.

“It would be fair to say that Cavan, Tipperary, Derry and Fermanagh (relegated from Division 2 last season) are ahead of us on the current ranking of the counties and we are facing three of those teams in the league.

“That’s a clear indication of the difficult task in the always so competitive Division 3. Hopefully, we can keep the injury count to a minimum with the games coming fast on three consecutive Saturdays,” commented the Longford manager.

Looking ahead to the Leinster Championship clash against Carlow at the end of June, Padraic Davis believes that victory will be achieved if the players can perform to their potential in the quest to earn a crack at Meath in the quarter-final.

“If we are at our best against Carlow then I would be confident of getting past the first round of the championship. On the other hand, if we don’t perform on the day then we will be in big trouble against tricky opponents.”