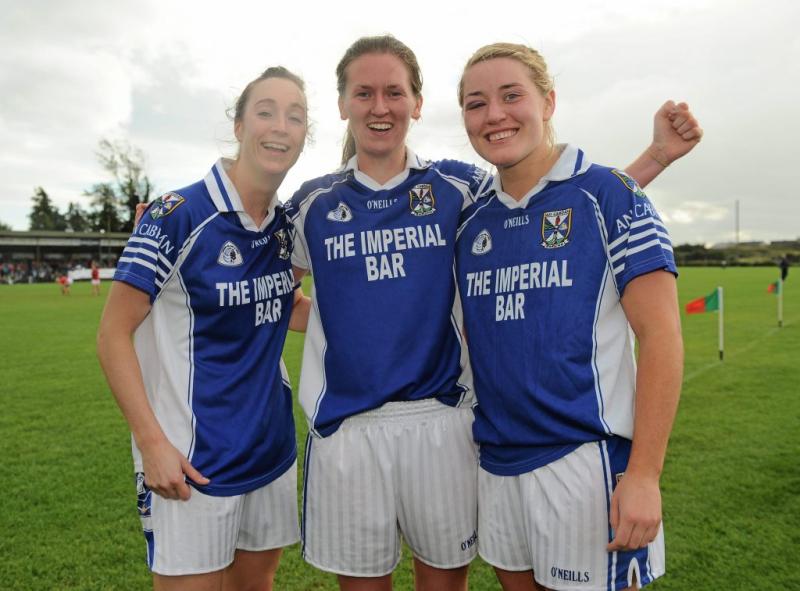 Before a ball had been kicked in this year’s Lidl Ladies NFL Division 4 campaign, Leitrim received a huge boost with the news that former Cavan star Ailish Cornyn is joining Hugh Donnelly’s charges for the coming season.

Cornyn has played her entire club football career in Leitrim with Ballinaglera and St Francis Ladies but lined out for Breffni women as she hails from the Cavan side of Dowra and landed an All-Ireland title with Cavan in 2013 when they defeated Tipperary in the Final. Cornyn has strong family links with the Ballinaglera GAA club and is the current club PRO.

The news was revealed by Leitrim manager Hugh Donnelly, who once worked with Cornyn and Cavan in 2007, ahead of the start of this year’s Division 4 campaign: “We have a new addition this year with Ailish Cornyn who played for Cavan for years so she has come in with us this year and transferred over.”

The St Francis player was actually one of three Leitrim club players who helped Cavan defeat Leitrim in the 2011 All-Ireland Intermediate Championship Semi-Final in Cashel, Co Tipperary. Ailish was joined by Aughawillan's Grainne McGlade and St Joseph's Ciara Gray in the Cavan ranks that day as they prevailed over an Aine Tighe inspired Leitrim following a classic game that went to extra-time.

Cornyn’s addition to the Leitrim squad will offer much needed experience according to the manager: “Ailish has that bit of experience, playing division 2 football. I worked with her in 2007 in Cavan and she was streets ahead and I always knew about the Leitrim connection. It was something we decided to look into and she was interested so I was delighted when she answered the call.

“Take out the football alone, the experience she will bring to the table and she has that ability to read games and that will help with the younger girls, even players who have been on the panel for a few years. Her experience alone will help us.”

Hugh revealed that there has been a few additions to the squad with Ballinamore Sean O’Heslin’s Abbi Sweeney and St Joseph’s Rachel McIntyre joining the squad but he is delighted to see a settled squad: “We have brought in a bit of youth with hunger and desire, we have Rachel McIntyre and Abbi Sweeney coming in - Rachel would go through you for a short cut.

“With Covid and everything, training and players representing their county and concerns about vulnerable families, parents and grandparents, it has certainly hindered a certain degree.

“I think that is one of the things that has helped us now, we have quite a settled panel, there is no big chopping and changing. The fact that there have been no ins and outs, the panel is quite settled, will help us because we all know who is there, they are familiar with each other. “I’m more than happy with where we are at and from interacting with the girls to date, there is a hunger about them and it is going to be an exciting year for us.”