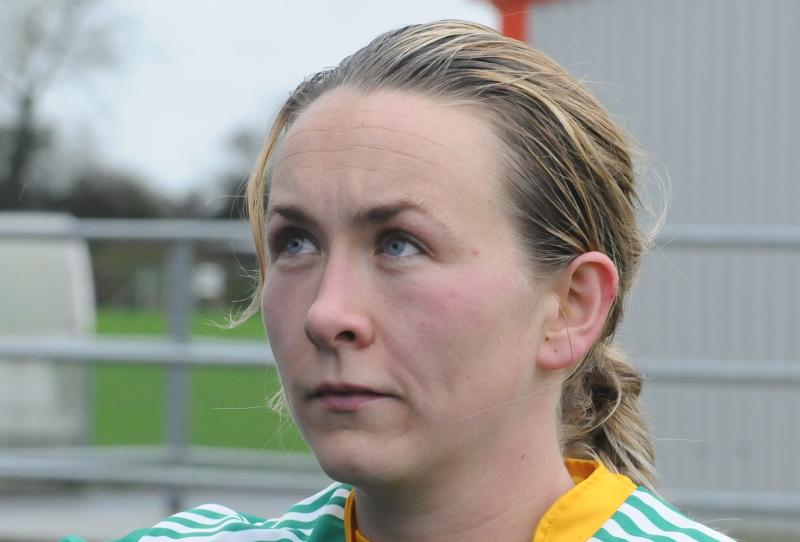 Leitrim Ladies Senior team manager Hugh Donnelly and captain Clare Owens have welcomed the news that the Government intends to give female gaelic games players the same level of funding as their male counterparts.

Minister of State for Sport Jack Chambers confirmed during that the amount of grant for female gaelic football and camogie players would be increased from €400 to the €1,200 currently received by male players.

“It’s fantastic and it came a lot quicker than I thought it would,” said Clare Owens, “It just goes to show you that the coming together of the Women’s GPA with the Mens has obviously just accelerated the whole process. I don’t think that it would have happened so quickly if we were still by ourselves in the WGPA. I didn’t think it would come in my time playing, I kinda thought I’d be retired thinking ‘ah good for them’ but it is great news.”

That view was echoed by manager Hugh Donnelly: “It is overdue but in terms of the retention of elite players in our sport, it is going to be massive. Now they are classed as an equal with their male counterparts so it is really big news. It is a fantastic boost to the game and ladies sport in general. It has been a great year for Ladies sport in general, even up north you had the Ladies soccer team qualifying for the Euros so for female sport, the strides it is making, it is fantastic.”

Clare stresses that the significance of the grant is not simply about the money but about ensuring equality: “It is not the money at all because you never see it in your hand or anything but it is the recognition. To be honest, a lot of the male players around the country, if you have a conversation with them before this, they honestly didn’t know there was a difference.

“They were like ‘so you don’t get that? We get that and you don’t’ - there was a lack of knowledge I suppose so maybe the joining up of the two Associations made everybody more aware of the disparity and wanting to level the playing field.”

While he welcomed the news, Hugh also pointed out that a lot of work remains to be done in terms of access to facilities: “The other big thing from a personal point of view is just if grounds were available now for girls. Again it is totally understandable in that the lads are back and a lot of clubs teams are back so ground availability is tough and there are always one or two areas we could always work on to make the thing a little bit better.”

Announcing the news, Minister Chambers said “I can't stand over or defend that inequality. We're in 2021 and this year we've seen the GPA and WGPA has merged, underpinned by the message of equality. I think that principle has to stand when it comes to the funding of our players. For all of our young women and girls playing gaelic football, we need to make sure there is no artificial glass ceiling when it comes to sport.

The Gaelic Players Association welcomed the announcement with Co-Chairs of the GPA’s National Executive Committee Maria Kinsella and Tom Parsons saying “The role of female inter-county players and the value that they contribute within Irish society has been rightfully recognised by today’s announcement.”