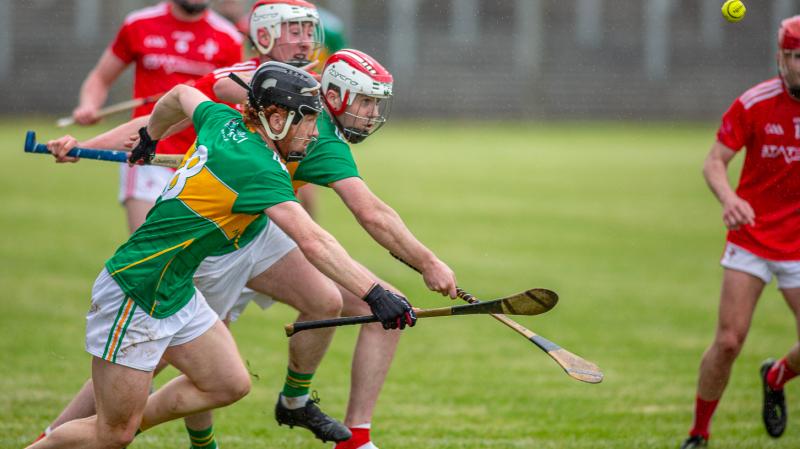 Leitrim suffered a setback in their ambitions to win the Allianz NHL Division 3B title against Louth on Sunday in Avant Money Pairc Sean Mac Diarmada as controversy over the actual scoreline marred the final minutes of the game.

Olcan Conway’s side suffered a 2-11 to 1-16 defeat to Louth in the opening game of the campaign but when the hurlers look back on this game, they will be incensed over a disagreement with Galway referee Brian Keon about the actual scoreline of the game.

Three minutes of additional time were announced with members of the press and both management teams having Leitrim a point up, a position that prompted manager Olcan Conway to move extra players back into defence to protect the lead.

However, when Leitrim’s Aaron McDermott suffered an injury nearly four minutes into added time, the referee informed officials that the scoreboard was wrong and that the teams were, on his scorecard, actually level. Despite protests from the Leitrim bench, the scoreline was adjusted leaving Conway needing to suddenly regroup his troops in pursuit of victory.

With confusion among the players as they saw a scoreboard with Leitrim a point up and their manager shouting at them to push up in pursuit of a winner and that the scores were actually level, Louth struck for a point to take the lead in a second half that stretched to almost 46 minutes.

And as Leitrim chased an equaliser, another late strike ensured victory for the visitors and left the Green & Gold with a very bitter taste.

Leitrim hurling officials confirmed to the Observer on Sunday evening that they had reviewed the video of the game afterwards and their tally of scores came to 2-12 at the time of the controversial incident.

It was a devastating turn of events for the hurlers in the battle for League honours with Louth, last year’s Lory Meagher winners, and leaves Leitrim hoping that either Fermanagh or Cavan could do them a favour in the remaining games.