The late Timmie Shanley – the essence of a GAA clubman 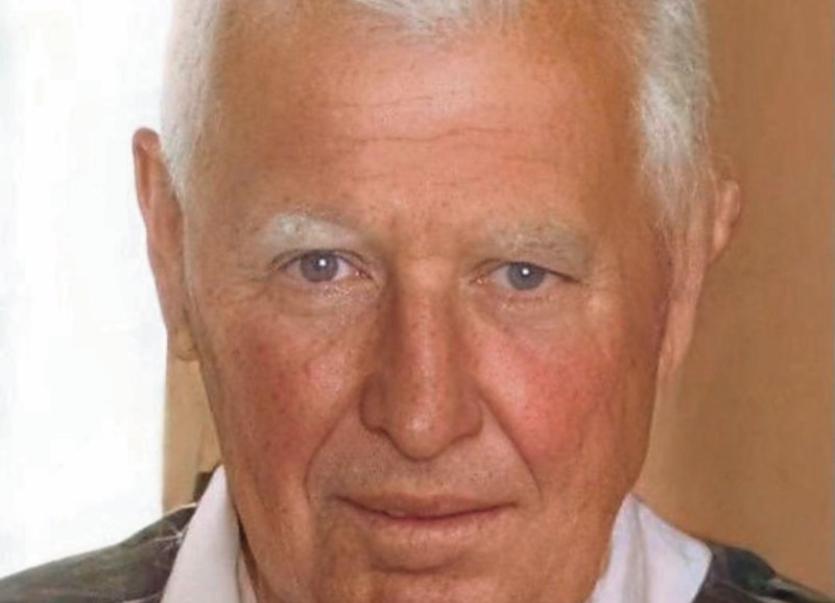 A cloud of enormous sadness descended over the entire Eslin area when news of the death of Timmie Shanley broke on Sunday morning May 2, 2021.

Born in January 1933 to Michael and Brigid Shanley, Drumoula, Eslin Bridge he had three sisters Mae and Annie, both deceased and Kathleen Reynolds Annaduff.

Timmie had stints working on various building sites, in Hanley’s meat factory, the ESB during the local rural electrification and his final working place was in Mohill Mart, a job he really cherished.

But farming was his number one hobby and he was never happier than when walking his fields counting his cattle or saving his hay.

Timmie, as he was affectionately known, was synonymous with everything that moved around Eslin but it was for his contribution to Eslin GAA that he will be fondly remembered. He was a true Eslin man all his life and served the club selflessly as a player, selector, supporter and club officer. He was always available to act as an umpire or linesman and indeed on one or two occasions was worth a point or two to the team in those roles.

At the time of his death he was club President a role he held for many years. He was proud of the achievements of the club both on and off the field. He never missed an Eslin game regardless of distance or weather.

After winning a junior championship in 1942 Eslin struggled to field teams and for the next twenty years, their participation in the championship was periodic. With scarce numbers and poor transport, it was always difficult to have a team but Timmie would not give up lightly; he never worried where they came from but if they were in the area that weekend they got a jersey, and if possible a cap to help with disguise.

He once described a certain individual as being like our lady at Knock “Only made one appearance”.

He loved having light-hearted banter with players and officials from different clubs.

At an AGM in January 1971 a proper club structure was put in place in Eslin and with the exception of 1973 and 1974 the club has thrived ever since winning 5 Junior championships and the acquisition and opening of a new playing field and dressing rooms in 2010. Timmie was a central figure and ever present at all those events.

The winning of the Junior championship in 1971 was a particularly proud day for him as it was a first victory in 29 years for the club.

In the fifties, sixties and early seventies it was customary for all the local lads to assemble at the “Bridge” every Sunday afternoon when all sort of games and devilment were the order of the day. On one Sunday afternoon in March 1971 some of the lads decided that for a change they would have “tug of war” that day.

On hearing this Timmie declared, pointing towards the local Post Office window “Will ye do a bit of training and try to have a Little Cup in that window next September”. Timmie got his wish. He was a great man for a fast one liner!

He was also a very loyal and proud supporter of Leitrim and travelled near and far to support them, the highlight being the Connacht Championship win in 1994.

He had an uncle, also Timmie, who joined An Garda Siochana and spent all his years in Duleek, Co Meath. He had a son Ollie (inset) who was an integral part of the Meath team that won the All-Ireland in 1967 wearing the number 15. That day he played as a roving corner forward and was regarded as one of the originals of the species.

Ollie also coached a Meath minor team that contested the All Ireland minor final in 1977.

Timmie was immensely proud of his cousin Ollie and his achievements with Meath. He travelled to quite a number of Meath games in those years and became a huge admirer and supporter of Meath even after Ollie retired.

He really enjoyed the Meath v Cork encounters of the late eighties and Meath v Dublin encounters of the early nineties; he was proud of how the Meath players could handle themselves regardless of what they met, so much so that when France stole the first rugby game in Croke Park with a late late try in 2009 Timmie declared “if Mick Lyons was there that would not have happened”

Ollie travelled to visit Timmie on the evening before he died which must have been difficult for him in those strange times.

Timmie supported every function and fundraiser for every local organisation and he was never known to refuse to contribute to other clubs either at collections or ticket selling. He was a genuine supporter of all worthy causes.

Timmie was a kind and gentle person, a wonderful and most obliging neighbour; and a man of great faith who never missed Sunday mass.

Timmie was one of the real, genuine characters of Eslin, always with a smile and time for everyone, he was surely one of Eslin’s favourite sons. You always came away feeling better after meeting and chatting with Timmie.” They don’t make them like him anymore.

Following his repose at the home of his niece Mary O’Connor on Monday 3rd May his remains were taken to St Patrick's Church Mohill on Tuesday morning travelling via Kilnagross, Tash Crossroads, Drumoula and Eslin GAA pitch.

Because of Covid restrictions Eslin GAA club were restricted in what they could do to pay their respects to their departed friend but they provided a guard of honour at the pitch and again at the church, all within Covid guidelines.

After 12 o’clock mass on Tuesday morning his remains were interred in the local cemetery.