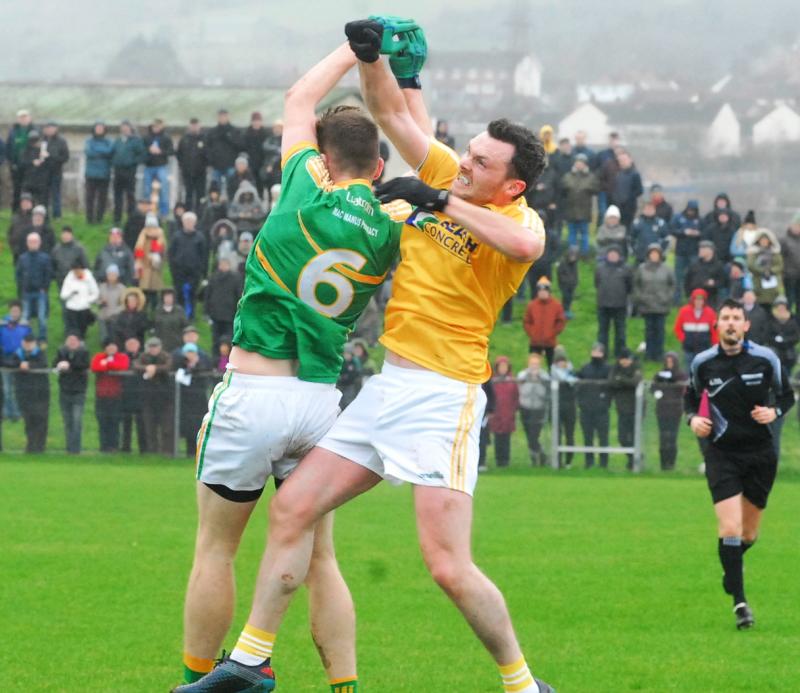 Fans pictured watching the last game between Leitrim and Antrim in Corrigan Park in 2018 - 500 fans will be allowed attend next Sunday's game Picture: Willie Donnellan

There will be no Leitrim fans at Corrigan Park next Sunday cheering on the Green & Gold as they take on Antrim in the final round of the Allianz NFL Division 4 North campaign despite the fact that authorities in Northern Ireland will allow 500 spectators attend the game.

Instead, Leitrim GAA have been advised that the tickets should be given to non-playing players and county officials. In all, 500 spectators will be allowed to attend the game in Belfast and other games in the Northern Ireland this weekend.

Of the 500 available for this Sunday's game, 50 complimentary tickets each will be made available to the Antrim and Leitrim GAA County Boards while Antrim officials will get a further 400 tickets to sell locally.

In a statement issued by the GAA, the organisation confirmed that 500 spectators will be allowed attend Allianz League matches in the Six Counties this weekend.

The following breakdown of how tickets should be distributed was outlined:

· 50 complimentary tickets to travelling county from outside the north (non-playing players and county officials, no sale for spectators.

· 400 tickets to each host county – to sell locally only.

Tickets will be sold via county boards locally with the following pricing:

£15 Division 1 and 2 Football & Division 1 Hurling and £10 Division 3 and 4 Football and Division 2 and 3 Hurling. There will be no concession tickets due to limited numbers.

These arrangements will be reviewed at the conclusion of the Allianz Leagues in line with public health advice at that time.