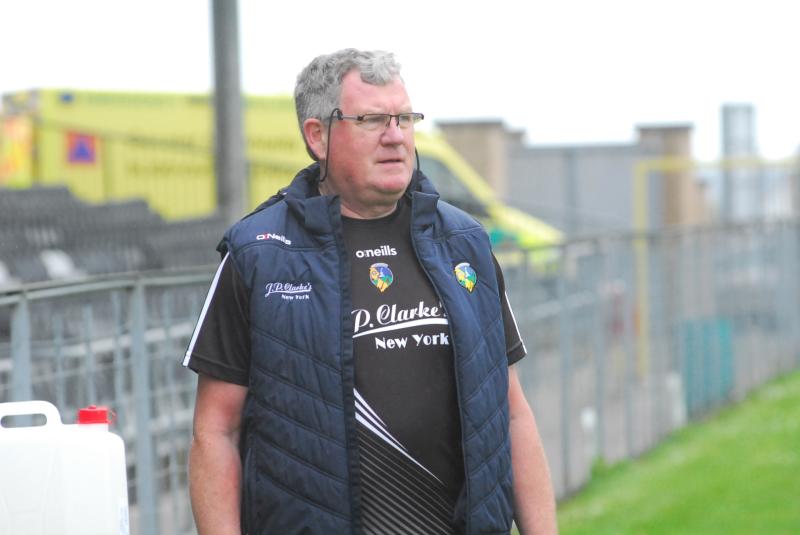 If Leitrim are to compete on the same level as other counties, the competitiveness of club football in the county must be improved. That's the thoughts of Leitrim Senior team manager Terry Hyland when questioned about what the Green & Gold must do to improve their fortunes on the field.

In a wide ranging interview with the Leitrim GAA Podcast (link HERE), Hyland admitted that he was still puzzled by the nature of the performance against Louth last Sunday and that he was still trying to figure out what went wrong.

But when it came to comparing the standard of club football in his native Cavan with what he has seen in Leitrim, Hyland's assessment was blunt, so much so that he joked that he would have "lads out there with both barrels cocked to fire back" in response to his remarks.

Asked to compare the standard between counties, Hyland said "Perhaps again it goes back to the environment outside the county set-up and where their club football is and how much pressure there is in the games they normally play and maybe things coming a lot easier in the club games. Where they make an error in a club match, you get away with it whereas in a county match, you won’t, you get seriously punished for it.

"I’m just throwing these things up, I don’t know if these are the answers or not because these are the things that let us down yesterday. We have to dig through that between now and the weekend and see can we come up with an answer."

Later on in the podcast, Hyland added "I see Leitrim football, probably at club level, it is a little bit, and there will be lads who will probably have the ropes out for me saying this, but it is a bit like the football I played many years ago. It is kick and run after it type of football, it is probably not as much systems. It is more physical in Cavan, I would have to say that. I was at the County Final last year in Cavan and if I was to rate it with the County Final in Leitrim on a percentage, it was certainly being played at about 30% more intensity pace wise, every way wise to be honest with you."

Recalling a game in which Darragh Rooney scored five points for Melvin Gaels in a game they eventually lost, Hyland said "The opposition did absolutely nothing to negate it and funny enough, Melvin Gaels were beaten that day as it turned out in the end. But they don’t seem to react to systems and what's happening is they just go out and play football in an older style fashion that maybe where the modern guys have moved it up a bit."

The solution lies in making the Club competitions much harder, Hyland went on to suggest, reducing the number of teams in Championship competitions: “Maybe you need to look at a competition where you haven’t got as many clubs maybe playing in the Senior championship and Intermediate, maybe not playing round robin but in a manner that is do or die.

“The championship last year in Leitrim, I looked at it - if you won two games you were through and it didn’t matter about the next two games. There is a little bit of an element of that coming through and that just creates that kind of a blase attitude to what you can do or what you have to do to win. I think we’ve created an environment where they don’t have to do that and it creeps into the mentality of what you’re doing at.”

The Leitrim manager stressed that he was only sharing his opinions but that the knock-on effect is seen in the county team: “I’m only giving you what I’m seeing and I’d say there are lads out there with both barrels cocked to fire back and say that it is something we are doing wrong. But when you go back to skill errors, for want of a better word, simple stuff that you have to do to pass the ball or peripheral vision, that goes back to something kids need to learn in the early formative part of learning these skills with the GAA.”