Answers needed but what are the questions

John Connolly talks what are the roots causes of Leitrim's struggles, a powerful Ladies display and a tribute to the late Aiden Crossan 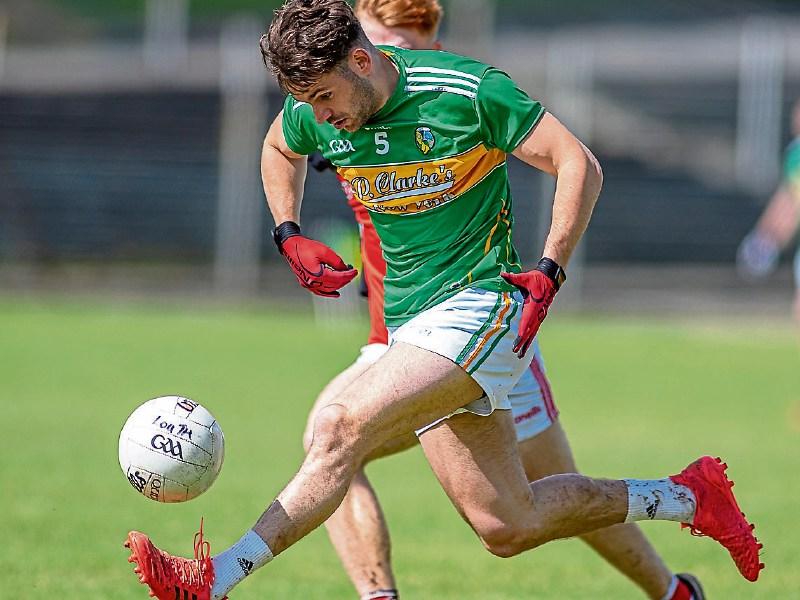 Trying to make sense of what happened in Markievicz Park was one thing but I really don't have any words to explain what went wrong against Louth last Sunday in Avant Money Pairc Sean Mac Diarmada.

Now, full disclosure first - I was off in Ballinamore watching a very impressive Leitrim performance against Louth in the Lidl Ladies National League so I'm loath to throw any brickbats or make any judgements on a game I didn't see. I realise that doesn't necessarily stop some from pontificating on all sorts of things but, me, I like to stand over what I say or write so I can only make observations from what I've been told.

From what I've been told, the second quarter saw Leitrim obliterate Louth's challenge in all sectors of the field, a powerful display that Mickey Harte's team simply couldn't live with. Unfortunately, it was very much the other way for the rest of the game as Louth dominated in every sector of the field and were well worth their nine point win.

Listening to the commentary on the way back from Ballinamore, you could help but be struck by the amount of times Louth threatened to find the net, Brendan Flynn making some good saves but towards the end, it seemed the Louth forwards were happy to take their points rather than hammer home their advantage.

If Leitrim fans were mystified by the performance, they were matched by the Louth observers. The men from the Wee County travelled with trepidation, the memory of a Ryan O'Rourke inspired hammering last year still very fresh in their minds and they were stunned by what they witnessed - they simply were not expecting it!

So much so that many from the Louth side were discounting the game as an aberration - something we'd all like to do but sad to say, Terry Hyland unfortunately can't adopt that approach.

I've got to say I was impressed by Hyland's remarks after the game. I've done a lot of interviews with managers after heavy defeats and picking over the bones of a bad beating is never pretty, akin to pulling teeth without an anaesthetic but the Leitrim manager didn't dodge the hard questions.

Players weren't blamed, neither was the referee or anybody else but instead, Hyland pondered what needs to be done. Hyland even questioned himself and his management team and their approach but whatever the answers might be, we've got to find the right questions as to why a team that battled so ferociously against Sligo were so limp and lifeless against Louth?

Finding those answers won't be easy - after all the same system that failed to fire last Sunday delivered 18 points against Sligo but it will take brutal honesty and some self-introspection over the next few days. The answers might not arrive in time for next Sunday's trip to Casement Park but they will need to be found nonetheless.

Manager Hugh Donnelly has been blunt in spelling out his priority for the County Ladies team and it seems to have spread to his players as they delivered in style against Louth last Sunday, a victory all the more impressive because it was not easy won. Louth were the bugbear from last year and it is likely Leitrim will meet them again but Sunday's display speaks of a team on a mission this year.

I appreciate finding time for competitions that should have been played last year is very difficult for administrators, after all finding the right date for the postponed Leitrim Club Finals from 2020 is no easy task as the winners will move up a grade for 2021. But the decision to fix the 2020 Connacht LGFA Club Finals for Saturday, June 19, right in the middle of the Lidl Ladies NFL, seems a little peculiar!

What is stranger still is that the teams involved, including our own Glencar/Manorhamilton, probably won't have had any competitive games, other than perhaps challenges, under their belt before they take part in a Provincial Final - it certainly isn't an ideal situation for the teams involved and not fair to ask players to produce their best in such circumstances.

Aiden Crossan's passing last Friday brought a lot of sadness over the weekend but for a generation of Leitrim fans, it also rekindled some wonderful memories of a fantastic era for Leitrim football.

Many have described Aiden as a real gentleman and he certainly was, his enthusiasm for Leitrim GAA clear for all to see. Multiple sclerosis blighted his later years but any time I met Aiden, there was nothing but positivity and enthusiasm shining through despite his challenges - I imagine it was the same when Aiden shared the dressing room with Leitrim's heroes in the early 90s.

To say the Crossan family have given the GAA and their communities good service is an understatement if ever there was one and Aiden certainly lived up to that ideal. To his wife Mary and his extended family, my deepest sympathy on their great loss. Leitrim GAA have lost a real gem and Aiden will be sorely missed by all of us lucky enough to know him.