Evan's mixed emotions after super-sub impact for Leitrim in Belfast 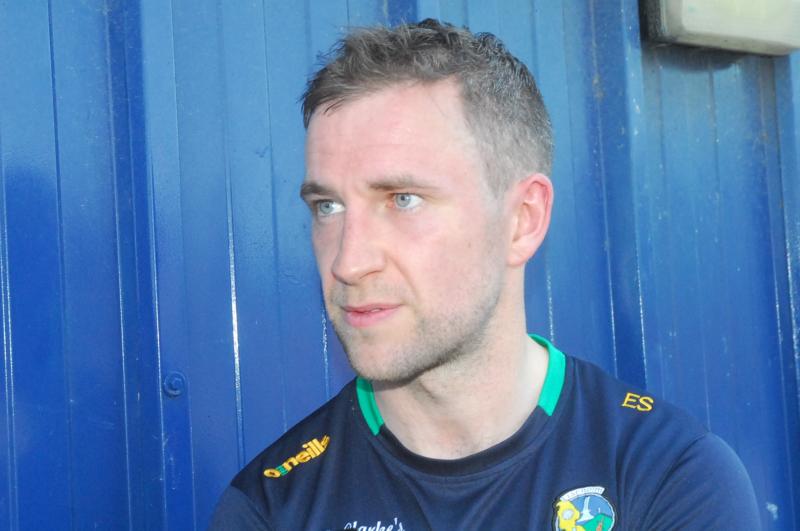 Leitrim's Evan Sweeney scored 1-4 off the bench, including 1-3 in a five minute spell, against Antrim Picture: Willie Donnellan

If ever one player summed up Leitrim’s feelings after Sunday’s Allianz NFL Division 4 North defeat to Antrim, it was Evan Sweeney, the Glencar/Manorhamilton admitting to mixed emotions following the dramatic 2-17 to 1-19 loss in Corrigan Park.

Introduced as a sub after 49 minutes, Evan had the sort of impact on the game that all players dream of, scoring 1-3 from five shots in an incredible five minute spell, a burst that almost propelled Leitrim to an unlikely win given the scoreline when he was introduced.

Chatting to the Observer after the game, Evan’s first thoughts turned to a lost opportunity rather than his own performance: “Mixed emotions, great performance in the second half but I thought we might have held on at the end.

“I haven’t been setting the world alight these last few weeks and I was just determined to get in and make something happen. Now in fairness, there was a bit of a breeze going into the far goal there so it helped the forwards, it made it easier to get your scores away.”

The Leitrim man, who scored 1-4 in total, was not happy either with a decision from referee Kevin Faloon to award Antrim a free deep into injury time when the Green & Gold were seeking a winner: “To be honest, we feel hard done by there, the last play, we probably do feel a little bit hard done by but I think they showed a wee bit of cuteness there towards the end.

“I think it was McCann who got the last score, he’s been around for a while, he stayed wide, was patient, got the ball and kicked a nice score but yeah, we kinda felt we might have got a draw out of it but if you are only playing for ten or 15 minutes here and there and giving yourself a nine or ten point deficit, it is very hard to get that back.”

You could sense that finding a reason for Leitrim’s fluctuating form is a priority for Leitrim’s players, let alone the management: “We had a difficult enough week after the Louth game.”

I suppose there was a lot of criticism going around and that was hard to take because we felt we made progress after the past two years.”

“We are playing in fits and bursts for 10 or 15 minute spells but it is a very young team, a lot of them lads are in their early 20s so it is definitely something to work on but ability wise, I think we all know the ability is there and we at least showed that in the second half.

“Obviously it was a very tough week after the Louth game but we have good footballers and we’re well able to mix it with the best teams. I think it is six weeks until the next game so at least we will have a positive atmosphere going around the place going into that six weeks and that helps a lot.”