Remembering the day London shook Leitrim to the core 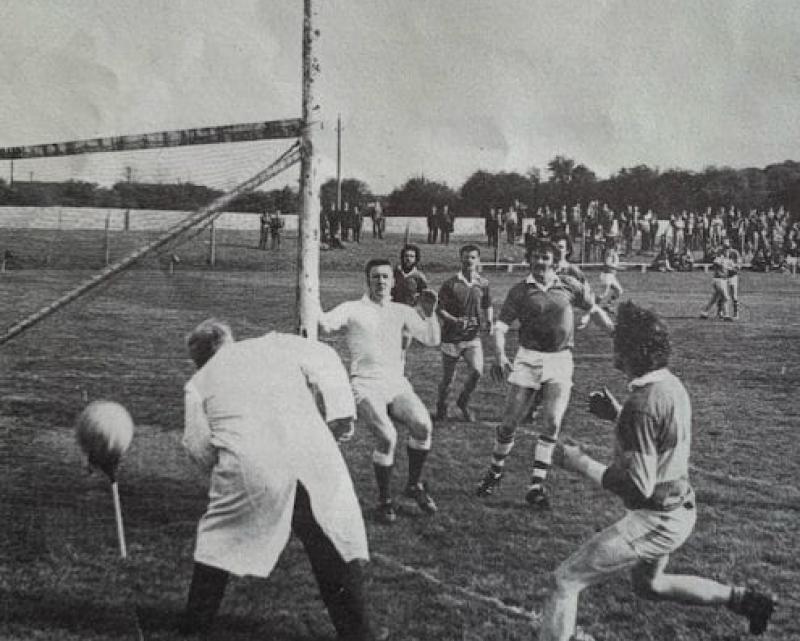 It may have been one of Leitrim’s darkest days on the football pitch but for the GAA community in London, Sunday May 15, 1977 is a special date that will live long in their memory as it represented their first ever win in the Connacht Senior Football Championship.

The famous, or infamous, day, depending on what side of the fence you are on, has been wonderfully commemorated by a fantastically in-depth article by The Irish World’s Sports Editor Damian Dolan and it is sure to capture the attention of GAA fans on both sides of the Irish sea.

London won the game 0-9 to 0-6 in Pairc Sean Mac Diarmada as Leitrim lined out without Mickey Martin who was on the All-Star Tour in America at the time but there was no doubting that London were worth their 0-9 to 0-6 win.

That victory stood as a beacon of hope for generations of London footballers that they might emulate those 1977 heroes and win in the Provincial championship but incredibly, it took another 36 years for London to repeat the feat and when they did, they did not once but twice.

Paul Coggins’s London side beat both Sligo and Leitrim eight years ago in 2013 to finally lay the ghosts of 1977 to rest. But the 1977 game remains the benchmark for London GAA and Damian does a brilliant job in bringing those days back to life in his article. 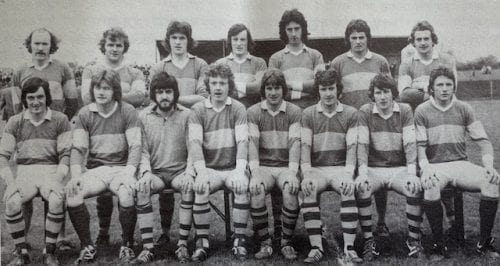 The Leitrim team who were defeated by London in 1977

For two London players in particular, the victory carried special significance as Sean Harte and Gerry Keegan were both natives of Leitrim, returning to Pairc Sean Mac Diarmada to help their adopted county beat their native side while the only native born player in the team, Mick McGovern, had Leitrim connections.

Cloone native and Tara stalwart Sean Harte spoke to Damian for the article and he recalls that even though his family were disappointed for Leitrim, they were happy for him: “After winning we were very excited – beating our home county. It was a major upset; they were missing one of their best players at the time, Michael Martin, but even without him they weren’t expecting London to beat them.

“It was a great achievement and there was great excitement at the time in London. They didn’t think a lot of London beating them – London was only getting off the ground – but my family was happy for me.”

Sean’s family may have been happy for him but the reaction around Leitrim was not good, as Noel Crossan, Leitrim Team of the Millennium goalkeeper, recalling the “terrible silence” in an interview with the Irish Independent back in 2012: “We were like mice. We’d usually hang around after a match, but not that day. We all disappeared away as quickly as we could.”

Harte, who would go on to line out with London in their first championship match in Ruislip in 1981, moved back to Athlone in 1997 but remembers 1977 with great pride: “I was very proud of being on the London team in 1977 and to represent the Irish over there (in London), and coming home and playing in Ireland.”

That was understandable as Sean left Cloone as a 15-year-old in 1970 where he lived with an older sister and started off by playing U16 with Tara and St Agnes, alongside the likes of future Irish Soccer international Tony Grealish, before progressing to the Tara senior team. 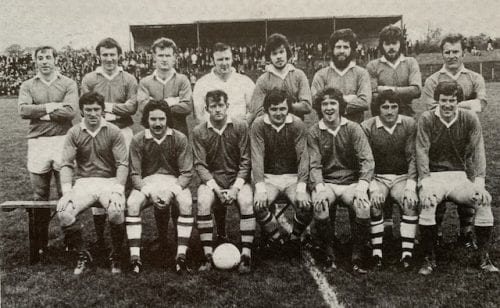 Having played Minor, Under 21 and junior for London, his senior debut came against Allied Irish Bank in May 1974 at the Wembley Games and Sean remembers the excitement in the lead-up to the game, particularly between himself and fellow Leitrim native and Tara teammate Gerry Keegan, who Sean described as “one of Leitrim’s brightest prospects” before departing for London.

For Leitrim, it was a bitter pill to swallow but the year was redeemed when the Green & Gold, this time with Martin in place, went on to win the county’s first ever Connacht U21 title against Roscommon and went on scare Kerry in an epic All-Ireland Semi-Final played in Carrick-on-Shannon.

To add to the sense of disbelief, London’s victory came just a year after Leitrim had famously beaten Mayo in a Connacht Semi-Final replay while Leitrim’s team featured Dan Meehan, Frank Holohan, Frankie Bohan, Sean Leydon, Des McNulty, Joe Reynolds and Frank Smyth who would all go on to win the U21 title a couple of months later!.

For the record, the teams and scorers from that famous day of May 15, 1977 were as follows: