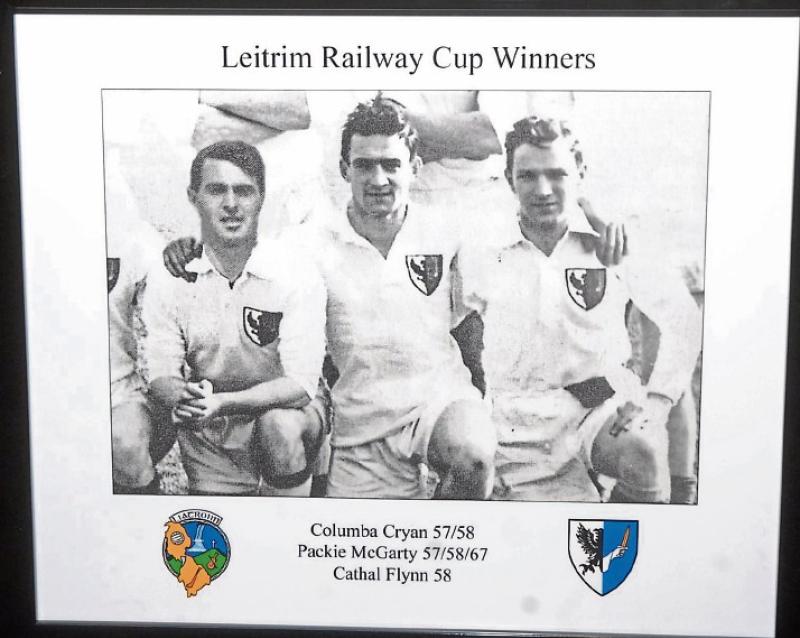 Flynn & McGarty were to Leitrim what Purcell & Stockwell were to Galway. Cathal was deeply upset when his ‘footballing twin’ died and spoke of him every day since his passing.

Packy always said there was no better corner forward in the game than Cathal Flynn.

Cathal Flynn played his first game with Leitrim in 1952 against Cavan in Ballinamore when he came on as a sub.

Cathal Flynn was a scoring genius, he was top scorer in the National Football League for nine years in a row, was out injured for a year and returned the following year to top the scoring charts again.

McGarty drew the fouls and Flynn converted. But Cathal Flynn was more than just a free taker.

In the famous 1958 final against Galway when Leitrim lost on a scoreline of 2-10 to 1-11,The Connacht Tribune reported ‘it was Flynn who sent the Leitrim supporters wild when he  scored the goal in the 14th minute of the second half when he rounded Keeley and sent a flashing drive along the ground to the net’.

Cathal Flynn, Leo McAlinden, Eugene Boland and Columba Cryan were honoured by selection on the Connacht Railway Cup team as substitutes as far back as 1954

1958 – Packy McGarty and Columba Cryan were joined by a new Railway Cup Star genius, corner forward Cathal Flynn. In the semi-final v Leinster, in Ballinasloe in front of 11,000 spectators, Connacht won 1-11 to 0-7. Packy and Cathal scored 1-7

Next day in the Irish Press the headline by ‘Padraig Puirseal was ‘McGarty & Flynn stole the show in Ballinasloe’ - Cathal won his only railway cup medal that year.

Predeceased by his son Gary, Cathal is survived by his wife Terry, his daughter Clara, son-in-law Dave, his sisters Eilish & Brid, grandchildren, nieces and nephews.

On behalf of Leitrim GAA and the Supporters Club we would like to extend our deepest sympathy to all his family.