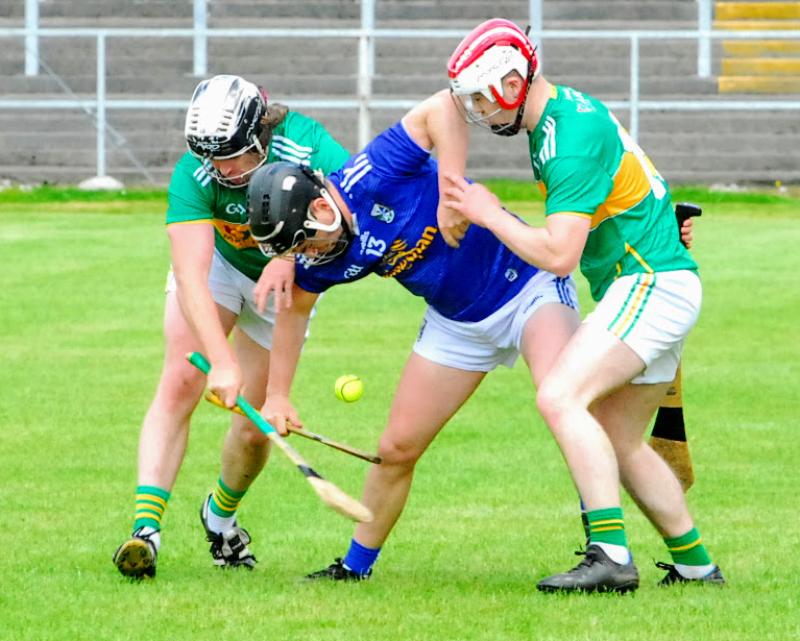 In an eerie echo of the struggles of the county footballers, Leitrim hurlers suffered the sort of mystifying defeat in this Allianz NHL Division 3B clash with Cavan  that leaves you wondering exactly what is going wrong.

In a game where Cavan demonstrated clearly better stickwork and far more intensity, Leitrim were level and battling for victory with eight minutes to go when Cavan finally breached Danny Byrne's goal.

That goal gave Cavan the breathing room to hang on to victory but there were spells in this game when they couldn't live with Olcan Conway's side - the problem is that the hurlers couldn't produce those spells for long enough to grab a much needed victory.

For long periods, you sensed that Leitrim simply didn't believe they could get something from this game, sloppy play mirroring their body language but, almost as if a switch was flicked, when they did get going, Cavan couldn't live with them.

Trailing by two points at the break, Leitrim turned that deficit into a three point lead in just 13 minutes in to the second half but they couldn't sustain it against their neighbours who managed to come through a hard hitting and physical encounter.

Whatever the ills that afflict the hurlers, their wildly varying form has to be a concern ahead of the Nicky Rackard Cup where the standard of opposition facing the Green & Gold is much, much tougher.

There is no denying that the hurlers will be desperately disappointed by their League form, they have never got going, but the Rackard Cup gives them an opportunity to show what they are really capable of.

Leitrim got off to a perfect start when Sean O’Riordan’s shot fell short but Liam Moreton managed to win it back and his deflected shot dribbled past a  defender on the line for a first minute goal, Moreton scoring a brilliant point almost immediately as he balanced the sliothar on the run before sweeping over in one move.

Cavan  looked sharper and more focussed as they fired off three points from Cillian Sheanon (2) and Mark Moffett but, after a few misses, Karl McDermott punished a foul on Diarmuid Kelleher from the free.

Cavan's Diarmaid Carney responded but  Leitrim stayed clear with a point from O’Riordan on 20 minutes. Leitrim  picking up yellow cards for Stephen Goldrick, Enda & Liam Moreton as Cavan surged ahead with points from Carney (2), Sean Keating and Philip Brady.

Liam Moreton steadied his team with a good point under pressure but a brilliant save from Danny Byrne just before the break prevented a goal for Caoimhin Carney, the sliothar going over to leave Cavan 0-9 to 1-4 in front.

James McNabola almost opened the second half with a goal as he blasted across the face of the Cavan goal  but a foul in the build-up allowed McDermott to tap over another free.

Carney responded with a free before Leitrim  started to show what they are capable of with four unanswered points from McNabola, a wonder effort from the wing before Karl McDermott swept over two frees and then a brilliant effort from  the wing to put Leitrim two clear.

Cavan fought back with points from Carney (free) and Keating but  three McDermott points, one from out almost on the sideline some 21 yards out, put Leitrim three clear after 14 minutes of the second half.

The Breffni blues were not going away and points from Moffett & Jack Barry put them within a point by the second water break. Anthony Sheridan tied the scores after the break before Cathal O’Donovan broke at speed and fired over from distance.

The tit for tat saw Carney (free) and Dave McGovern swap points but Cavan took control with 1-1 in the space of two minutes. Another Carney free was followed by a  Sean Keating goal, bowling over a defender in winning the ball before driving it to the net.

Two more Cavan points followed but two good frees from sub Gavin O’Hagan cut the gap back to a goal. Cavan sub Fiachra Hughes hit back and although Liam Moreton pulled one back in added time, Cavan comfortably held on for the victory.