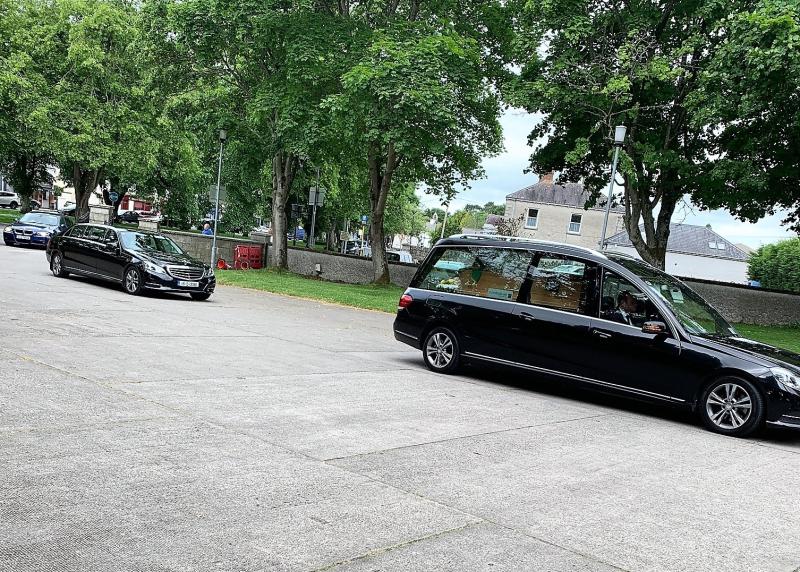 I would like to thank the family for inviting me to Cathal’s funeral mass and it is an honour for me to say a few words about the football legend Cathal  Flynn.

Cathal was a very active member of the supporters club, a very proud Leitrim man, whose heart was always in Leitrim, and in particular Gorvagh and the local community. He had a great attachment to the area and to its people as do Terri and his two sisters.

What can I say about Cathal?

Leitrim’s glorious years were the 1950s & 1960s. It is very hard to appreciate how good the Leitrim teams were in the 50s/60’ and how much the teams lifted the spirits of the Leitrim people at that time. In team sports the forwards who get the scores always make the news  and Cathal certainly made the headlines. 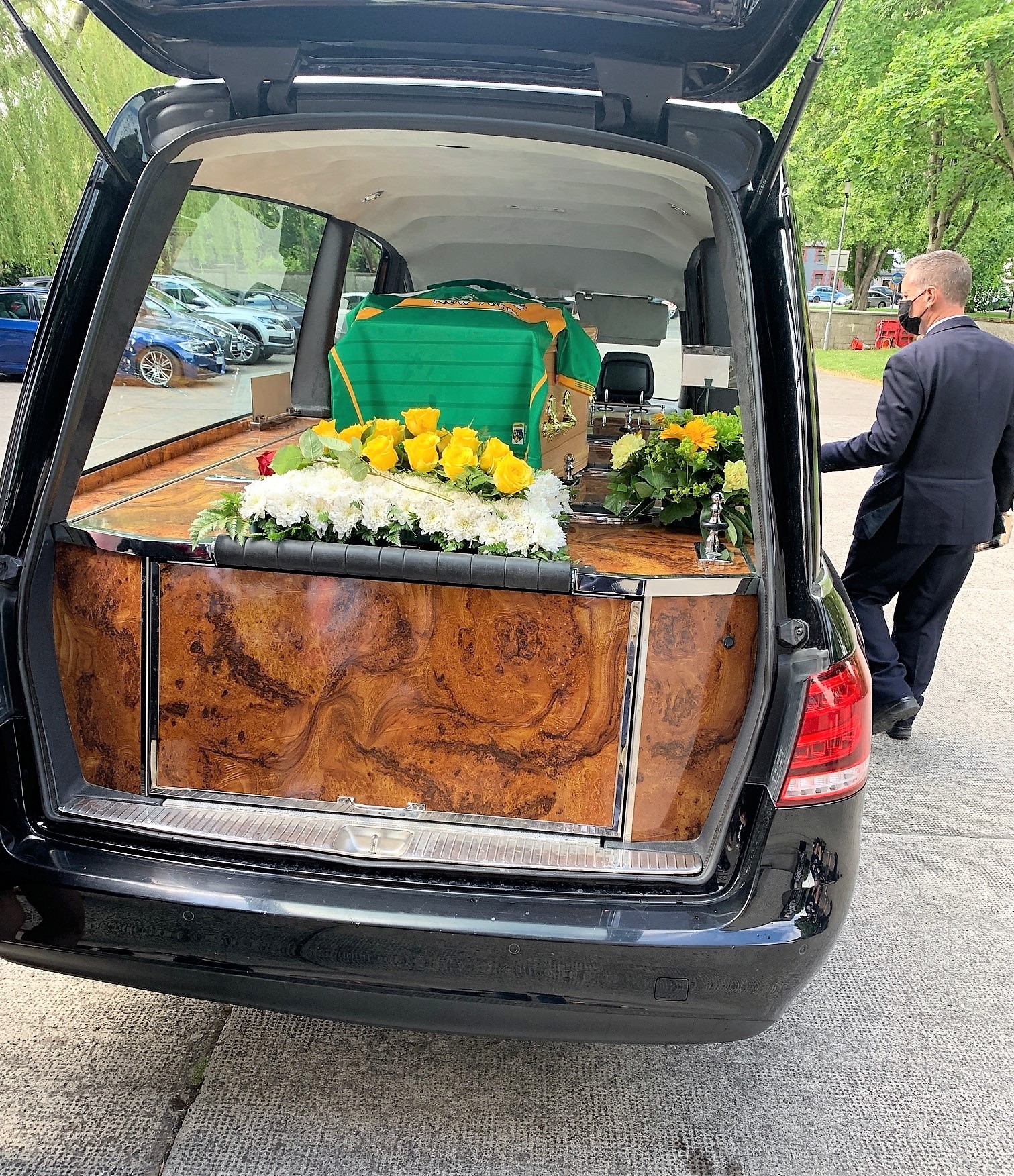 In the 50/60s there was no TV or no radio commentary and so the sources of record for my few words today are the local and national papers, and match programmes. Cathal first played county minor with Leitrim in 1951, that is 70 years ago this year.

It is understandable that generations of Leitrim supporters have no knowledge of how good Cathal Flynn was.

Everyone has a hero and for Cathal, his hero was his father Charley from Selton, Gorvagh just outside Mohill. Cathal was an only son with two sisters Brid & Eilish.

His father, a national school teacher, taught in St Peters in Phibsboro in Dublin from 1910-1914. He played with the Keatings Club in Dublin and played with Dublin in 1911, 1912 & 1913. His father returned to Gorvagh in 1914 as a teacher/and became principal in the local Adoon school and taught there until his retirement in 1954.

Charley was arrested in connection with the Selton Hill massacre and spent a week in jail in Carrick-on-Shannon and released without charge.

Charley Flynn, with the help of the Murphy’s, reformed the Gorvagh club in 1922 and Gorvagh went on to win four championships, a four in a row from 1924 to 27. He was a man that got things done and he was chairman of Leitrim County Board in 1927 when Leitrim won their first Connacht Championship,  a team which included 5 players from the Gorvagh club. Charley was also Leitrim’s Central Council delegate for many years.

You can see why Charley was a hero to Cathal. As he said himself “football was in my blood”. In an interview Cathal stated “my ambition is to win an All-Ireland with Leitrim”. His ambition sums up Cathal’s mindset. Wouldn’t it be wonderful if we could get  all our young players in Leitrim today to have that same ambition?.

His football achievements are many:

The 50s were tough times and money was scarce. Cathal told me in 1954 the Connacht subs had no jerseys but had to wear their own coats.

In the Connacht final of 1958, he scored the goal in the second half against Galway that the reports said ‘sent the Leitrim supporters wild’ . The final score was 2-10 to 1-11 with Cathal scoring 1-6. He never got over the disappointment of losing that final.

He played in five Connacht finals and won none. 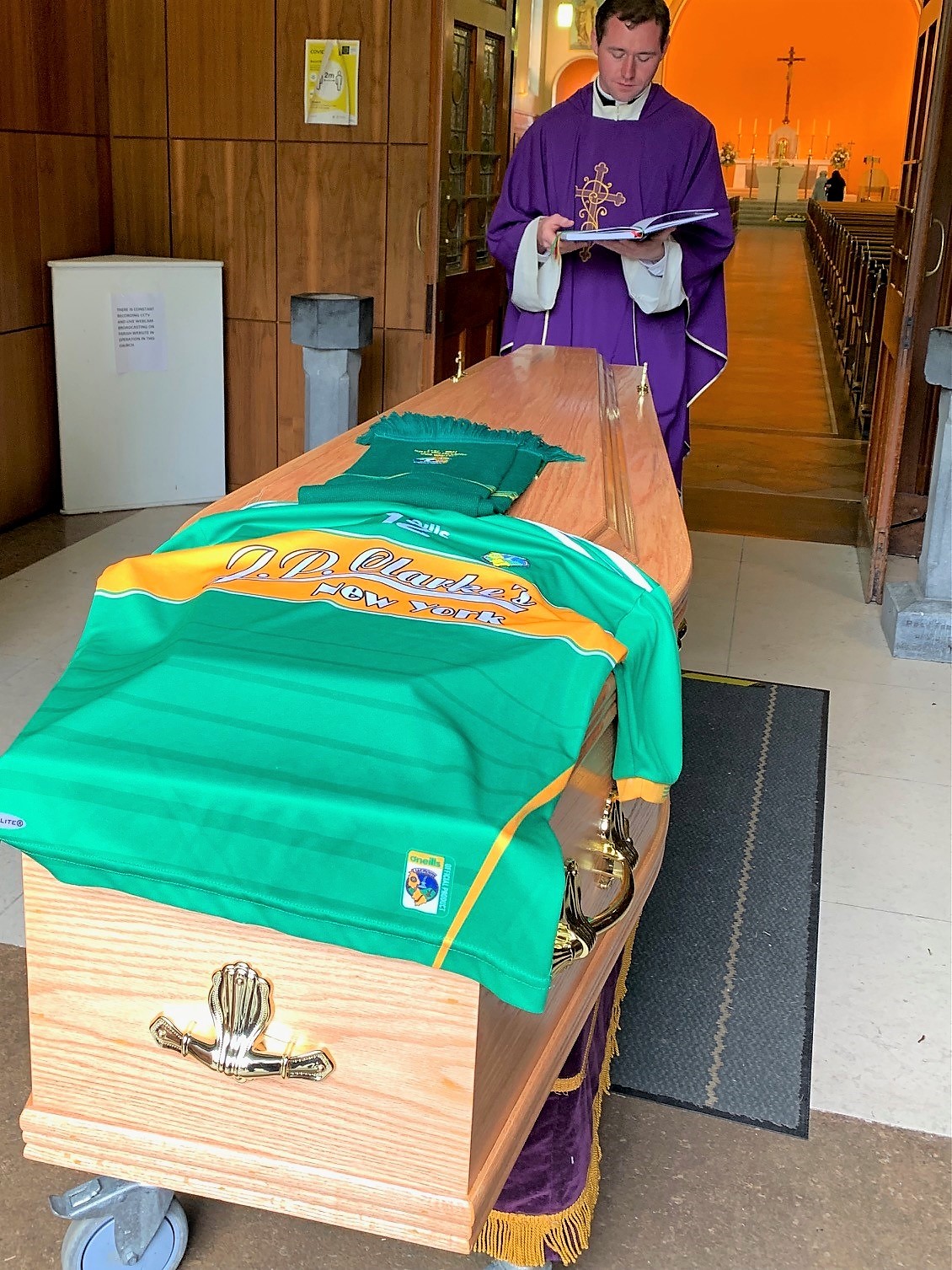 Cathal won three Dublin Senior league with Sean McDermott’s (a small club with a big Leitrim contingent) in 1957, 1958, 1959, a great achievement, and lost the Dublin Senior Championship final to St Vincent’s in 1958.

As a goal scorer, Cathal had few equals, as a place kicker he had none.

He was a Leitrim Hall of Fame winner in 1984, selected on the Leitrim team of the Millennium

When you go through what Cathal achieved, you can only imagine what we all missed by not seeing him play. As his footballing twin Packie McGarty said “There was very few men who could mark Cathal Flynn.”

One final observation – Packy McGarty passed away on April 6. Cathal passed away on June 3. How many days apart is that? It is 58 days. McGarty and Flynn will forever be linked to 58.

May Cathal Rest In Peace