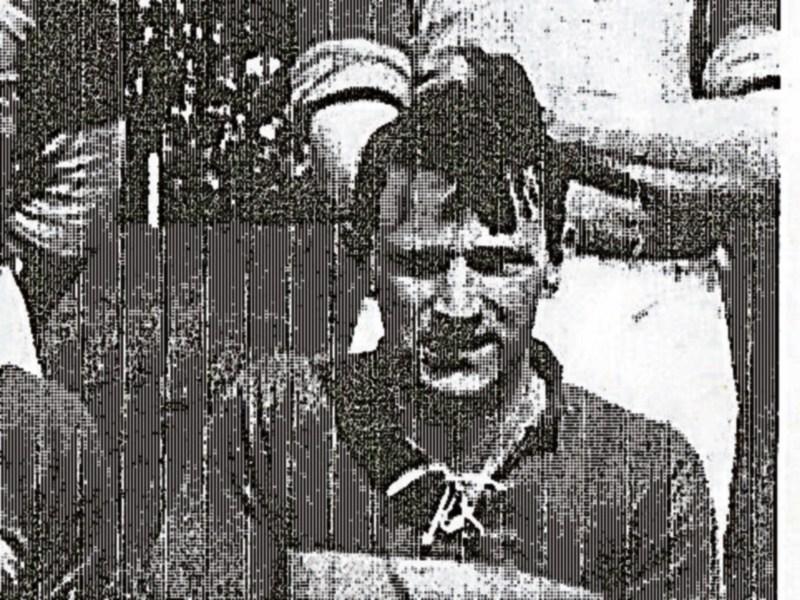 Galway's right full-back in the 1956 All-Ireland SFC Final victory over Cork, Seán Keeley, has expressed his sadness on hearing the news that Cathal Flynn had died. Seán was among the many former players who had offered condolences on the death of Cathal's stalwart Leitrim teammate Packie McGarty only two months ago.

Speaking from his home in Ballinasloe, Seán Keeley recalled a keen rivalry with Cathal Flynn in Connacht Championship and National League duels in the second half of the 1950s and into the early '60s.

Seán was a corner-back fast and fit enough to cope well with lively corner-forwards but he didn't mind saying that Cathal was always "a handful" for all defenders. “He was one of the best forwards I ever played directly against. Definitely my most difficult opponent man-to-man because he was so fast off the mark. 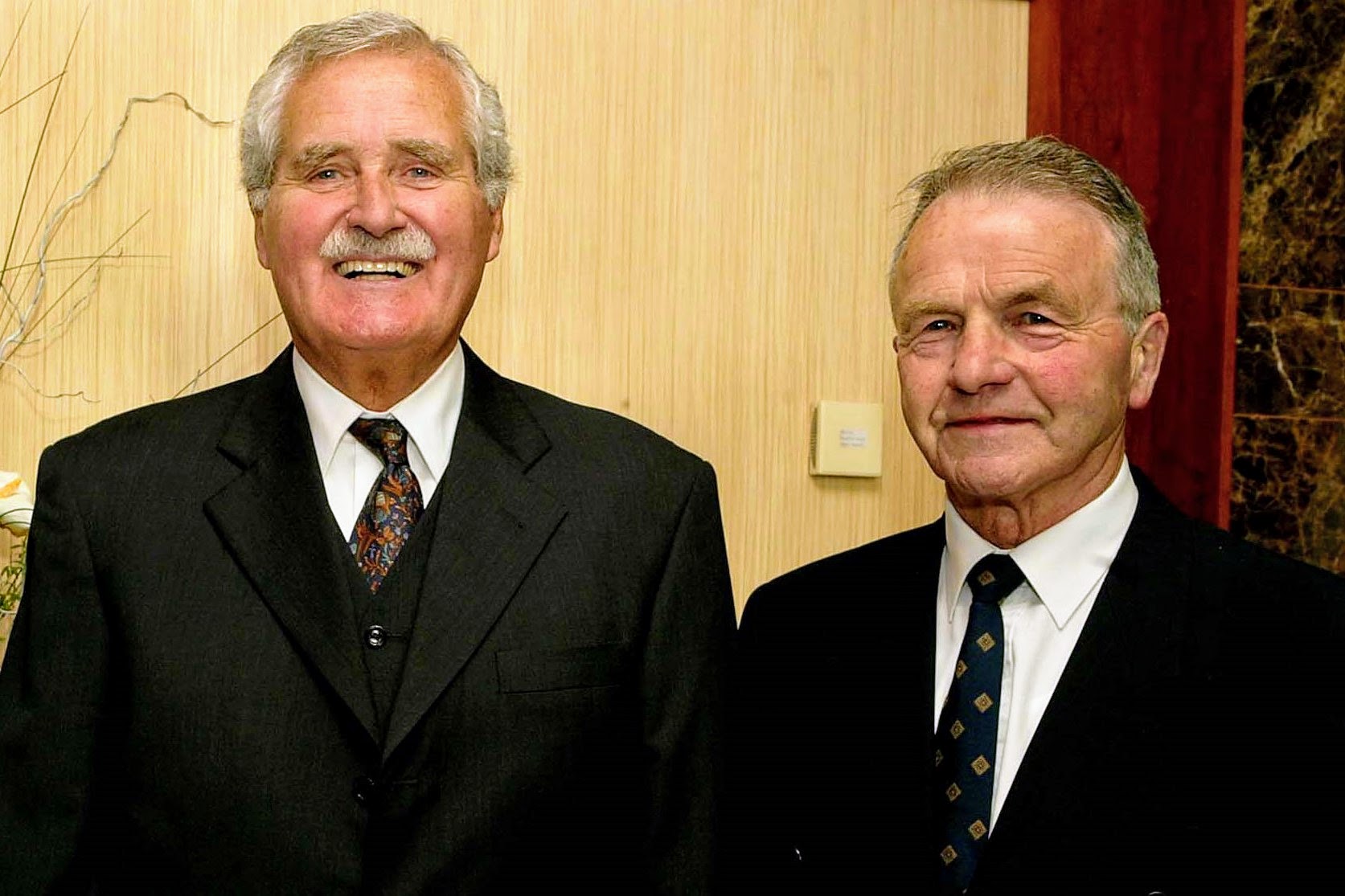 Galway stars of the 1950s Frank Evers ( left), a second-level schoolmate of Cathal Flynn, and Seán Keeley, who played in direct opposition to Cathal in the Connacht SFC and National League games

“He had a great ability to go on a solo run at high speed. He scored an amazing point off me in the 1962 Connacht Championship. I was able to stay tight to him in a run across our goalmouth but just as he went away from the posts he punched the ball back over his shoulder and over the bar.

“He was always looking for the ball. You had to watch him every second of the game, and he didn't care whether the lads out the field played it into him on his left or right side. All he wanted was the ball. We always shook hands and had a little chat when the game was over."

There is another interesting Galway connection with Cathal Flynn's football career: Frank Evers, the Tribesmen's midfield giant who won every major honour in the game, and Cathal were teammates when Franciscan College, Multyfarnham won the Leinster Colleges senior championship in 1952, defeating St. Mel's, Longford in the final.

Frank and Cathal were on opposing sides later in that decade, when Galway won five Connacht SFC titles in a row, including victories over Leitrim in four successive finals (1957, '58, '59 and '60). Leitrim lost no honour in those defeats as Galway had an outstanding team in that era. In those four provincial finals, Cathal Flynn scored a combined total of 1-18 (0-14 from frees).

Leitrim came close to turning over Galway in the 1958 Connacht final, with the Tribesmen finishing stronger to win by two points: 2-10 to 1-11. It was the day the late, great Packie McGarty gave his greatest ever display for his beloved county but it should not be downplayed that Cathal Flynn scored 1-6, including a brilliantly taken goal, in that famous game.

In his Tuam Herald report, Jarlath P. Burke wrote: "Leitrim's challenge was backed by a determination that deserved to succeed. They fought so valiantly that in defeat they brought a new glory to a county long denied its share of the laurels. Apart from the brilliant McGarty, their most dangerous forward was Cathal Flynn of speed and swerve. His terrific dash for their goal earned him high honour."

He played one other Connacht final against Galway, in 1963 at Castlebar. That year, Galway were setting out on a journey that led to the All-Ireland three-in-a-row. They won the 1963 provincial final by 4-11 to 1-6, with Cathal Flynn scoring 0-5 (all frees) for a gallant Leitrim team.

Cathal and Packie were renowned for their brilliance in the annual interprovincial series for the Railway Cup; it was a competition that had huge honour and prestige in the 1940s, '50s and into the '60s, with the finals (football and hurling) played on St Patrick's Day. In 1958, Connacht footballers defeated Leinster in the semi-final at Ballinasloe, 1-11 to 0-7, and Munster in the final at Croke Park, 2-7 to 0-8.

In the '58 semi-final, four of the forwards were Galway men, but as the Tuam Herald reported: "McGarty and Flynn ran away with the honours. Their speed and elusiveness marked them out as the fittest players on view."

l Jim Carney is a native of Milltown, north Galway. In a 50-year career in print journalism and broadcasting, he worked for the Tuam Herald, Connacht Tribune, Evening Herald, Irish Independent and RTE. In 1979, he was the first presenter of the RTE TV flagship sports programme The Sunday Game.