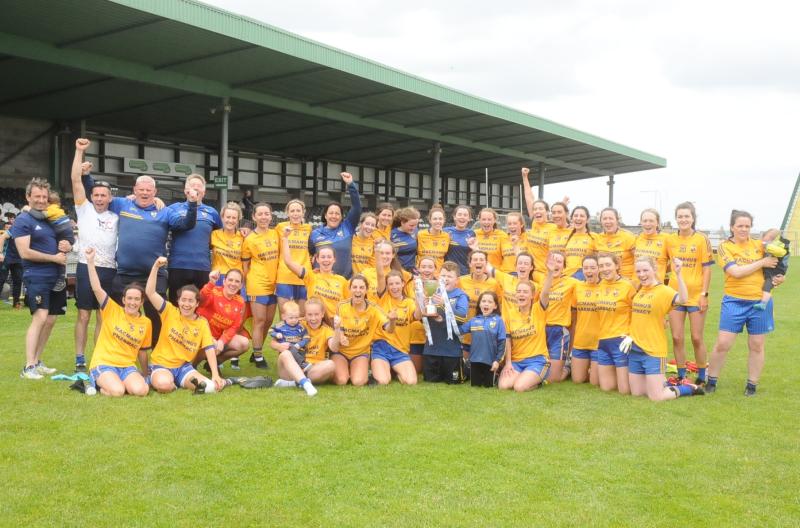 It may not technically be 2020 but Glencar/Manorhamilton made 2020 a very special year for the club when they added the Connacht Intermediate Club title to their first ever Leitrim Senior crown with a devastating display against a strong and committed Geevagh in Markievicz Park on Saturday.

With Covid delaying last year’s Final from last October, Glencar/Manorhamilton quickly set about making up for lost time as Ailbhe Clancy goaled in the second minute and while Geevagh really tested the Leitrim champions, the new Connacht Champions always seemed to have that little bit extra.

With a superb defensive display shutting down the middle of the field where Geevagh are so strong, Glencar/Manorhamilton were able to hit on the break and they did so in deadly fashion, Player of the match Leah Fox, Ailbhe Clancy and Muireann Devaney doing most of the damage.

Manor’s ability to break at pace and find space meant that Geevagh were always struggling if the Leitrim champions could get quality ball to their forwards and, more often than not, that is exactly what they did with Eadaoin Clancy, Dearbhla Rooney, Mary Alice Maguire, Melissa Hewitt and Rebecca Rooney giving a solid foundation to build upon. 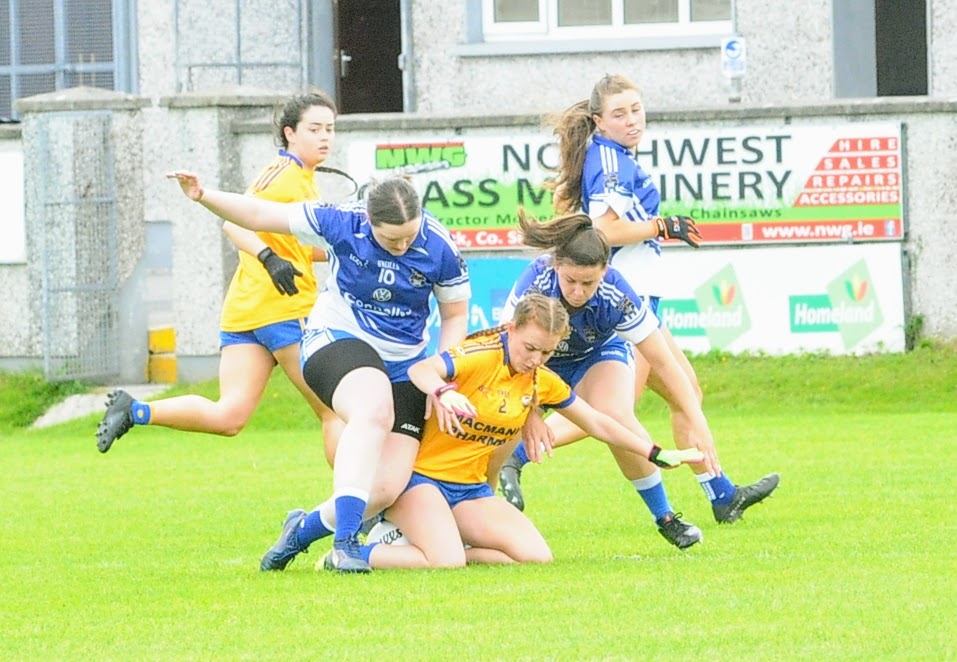 Yet it would be remiss not to point out the contribution of keeper Cammie McPartland - the scoreline might not suggest it but the Manor keeper made a series of fantastic saves to stop Geevagh from grabbing the goals they so desperately needed.

McPartland’s saves were huge but Padhraic Corrigan’s superbly conditioned side were able to make Geevagh pay for those missed chances by going straight down the field to score and it was this ability to come by their scores that little bit easier that proved crucial in an entertaining encounter.

For Glencar/Manorhamilton, the victory is an enormous achievement but they are already setting their sights on retaining their Connacht crown and having a crack at the Connacht Senior Club Championship later this year!

Glencar/Manorhamilton got off to a perfect start when, after Muireann Devaney missed a free, a strong run from Dearbhla Rooney led to Ailbhe Clancy drilling the ball low to the net for a goal after just two minutes of action.

Geevagh almost hit back straight away only for Cammie McPartland to make a wonderful block on Sinead McTiernan who had been put clean through on goal. Geevagh, however, were dominating the general play and rattled off two frees from Elaine O’Reilly and a good Stephanie O’Reilly point after another good move.

When they looked back on this game, Geevagh will be cursing their luck as Elaine O’Reilly beat McPartland in the Manor goal only for joint captain Rebecca Rooney to get back on her line and clear the danger.

Glencar/Manor uncharacteristically missed a couple of good chances from Leah Fox and Ailbhe Clancy (free) but a good run from Irish soccer international Devaney landed a point. However, Devaney was denied a goal on 14 minutes with a close range save from Geevagh netminder Aisling Sweeney.

Ailbhe Clancy missed a free in front of the posts and Sinead McTiernan tied the scores once more when she rounded the defender to score on 16 minutes. Geevagh missed two good chances to move in front but then suffered a huge blow when Megan Davey was yellow carded for taking down a charging Devaney. 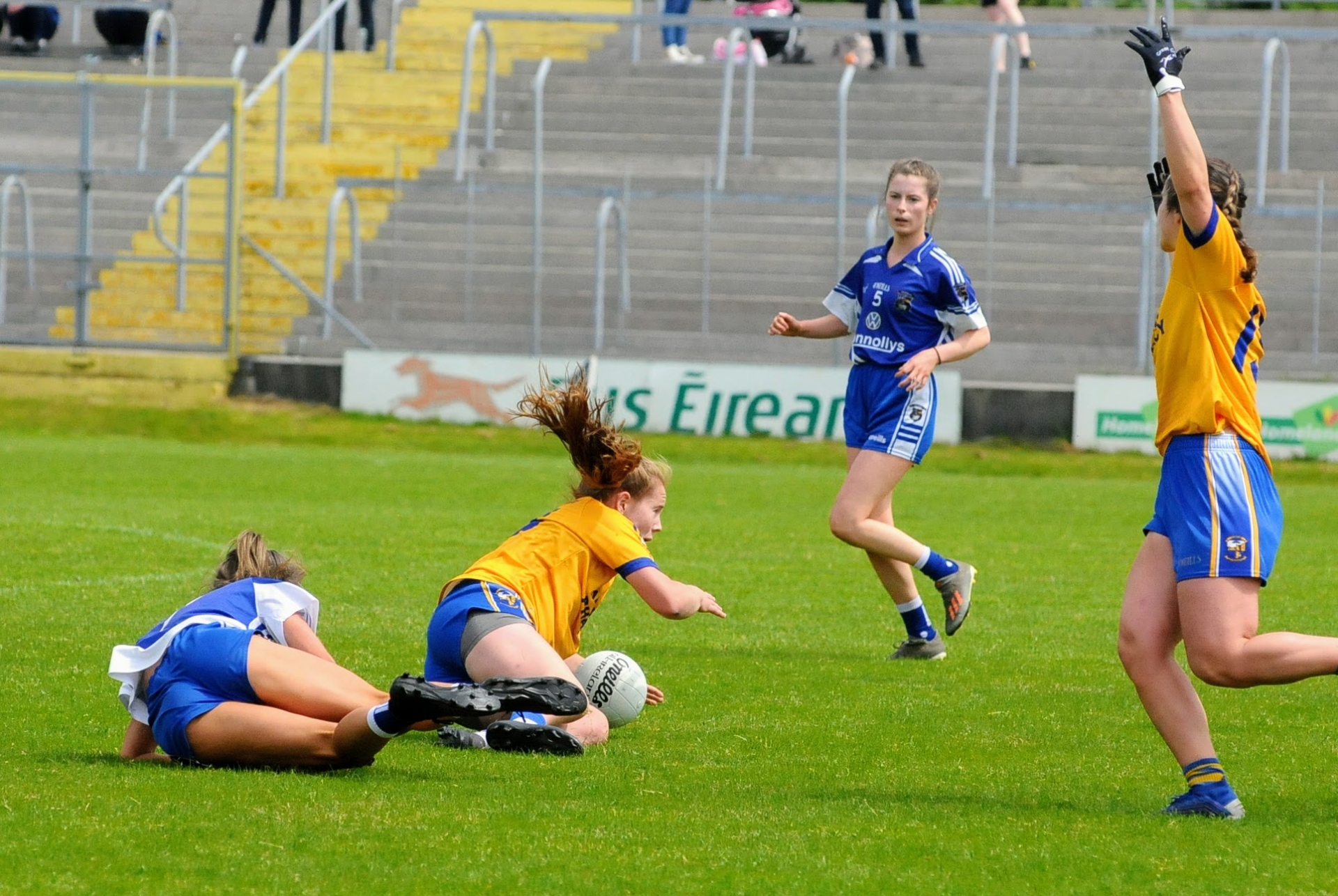 Clancy pointed after a short free routine but an obviously shaken Geevagh were punished spectacularly when a short free was intercepted and Leah Fox drilled home a great goal on 20 minutes.

That goal gave what, had been up to then, a nervous Manor a huge injection of confidence and Devaney added a free before Mary Alice Maguire won the ball in her own full-back line, found Muireann Devaney who promptly delivered long to the constantly running Dearbhla Rooney who drilled the ball over the bar.

Sinead Reynolds hit back with a good point for Geevagh but Leah Fox showed great footwork to dodge past a defender to score and Devaney got on the end of a long clearance to charge through to score.

When Ailbhe Clancy added a point two minutes before halftime, it looked like it would be a cakewalk for Glencar/Manor but Geevagh gave them a heavy jolt when a great move cut through the Manor rearguard, Cammie McPartland brilliantly saving the first shot only for Niamh Mohan to drill the loose ball home.

Crucially, Glencar/Manor responded, Eadaoin Clancy pouncing on a poor Geevagh pass to set up Ailbhe Clancy for a point and a 2-8 to 1-5 halftime lead for the Leitrim champions.

Geevagh put a lot of pressure on early on but Glencar/Manorhamilton were able to hit on the break with Niamh Mohan and Elaine O’Reilly (2) on target for the Sligo team with Devaney and Fox (2) hitting back for the Leitrim side.

Leah Fox was left increasingly isolated but it played into Manor’s hands as they found her early and often and she played a one-two with Eadaoin Clancy to stretch the lead to seven points just on the first water break.

It wasn’t going perfectly, however, with Devaney seeing a goal bound shot saved by keeper Sweeney while Eadaoin Clancy, Melissa Hewitt, Ailbhe Clancy and Leah Fox all wasting chances to increase the lead. 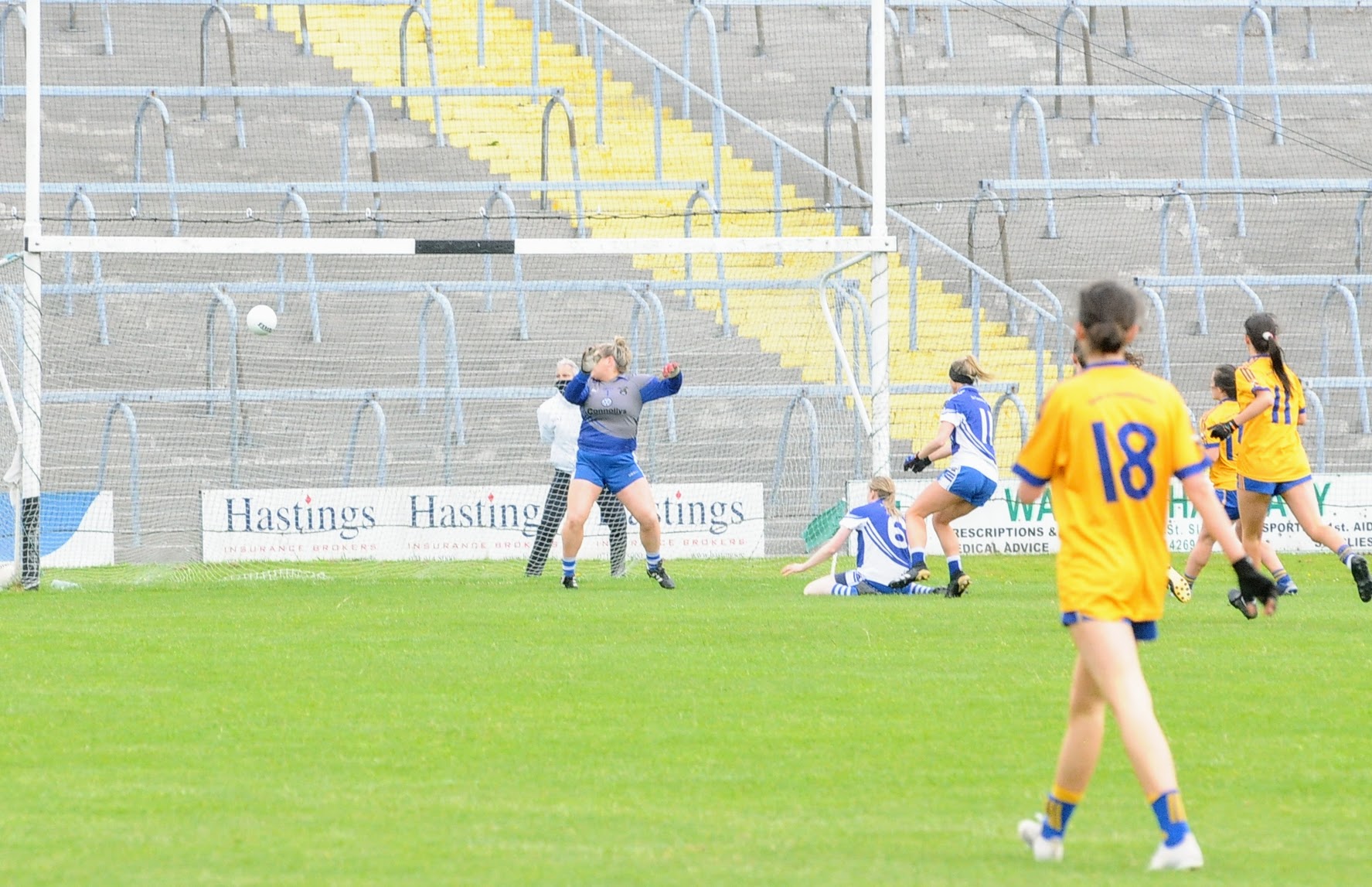 Geevagh, despite the gap, would not lie down and sub Nora O’Reilly pulled back a point before Cammie McPartland made a great save to deny Sinead McTiernan before doing enough to put Jemma Brehony off in pursuit of the rebound.

Emma McLaughlin then got a yellow card with ten minutes left but Glencar/Manor made light of their numerical disadvantage with Devaney scoring a fine point before a wonderful crossfield pass from Leah Fox found Ailbhe Clancy who drilled her shot low to the far corner to clinch the title for the Leitrim side.

Geevagh tried to hit back immediately but when Megan Davey broke clear with only McPartland to beat in the Manor goals, the Sligo player lifted her shot too high in a let off for the leaders.

Devaney and Clancy (2) would add point and while Geevagh kept coming looking for goals, all they could manage was a couple of late points from Elaine and Sinead O’Reilly as Glencar/Manorhamilton greeted the final whistle with great celebrations.

SEE WWW.LEITRIMOBSERVER.IE AND NEXT WEEK'S LEITRIM OBSERVER FOR REACTION & ANALYSIS