St Patrick's Dromahair will use €5,000 for erection of spectator railing and the provision of pitch-side dugouts

St. Patrick’s Dromahair GAA club have been presented with a cheque for €5,000 as the Leitrim winners in the recent Texaco Support for Sport initiative, the money going towards improving facilities at its grounds with the erection of spectator railing and the provision of pitch-side dugouts.

USE THE NEXT > ABOVE TO GO THROUGH PICTURES 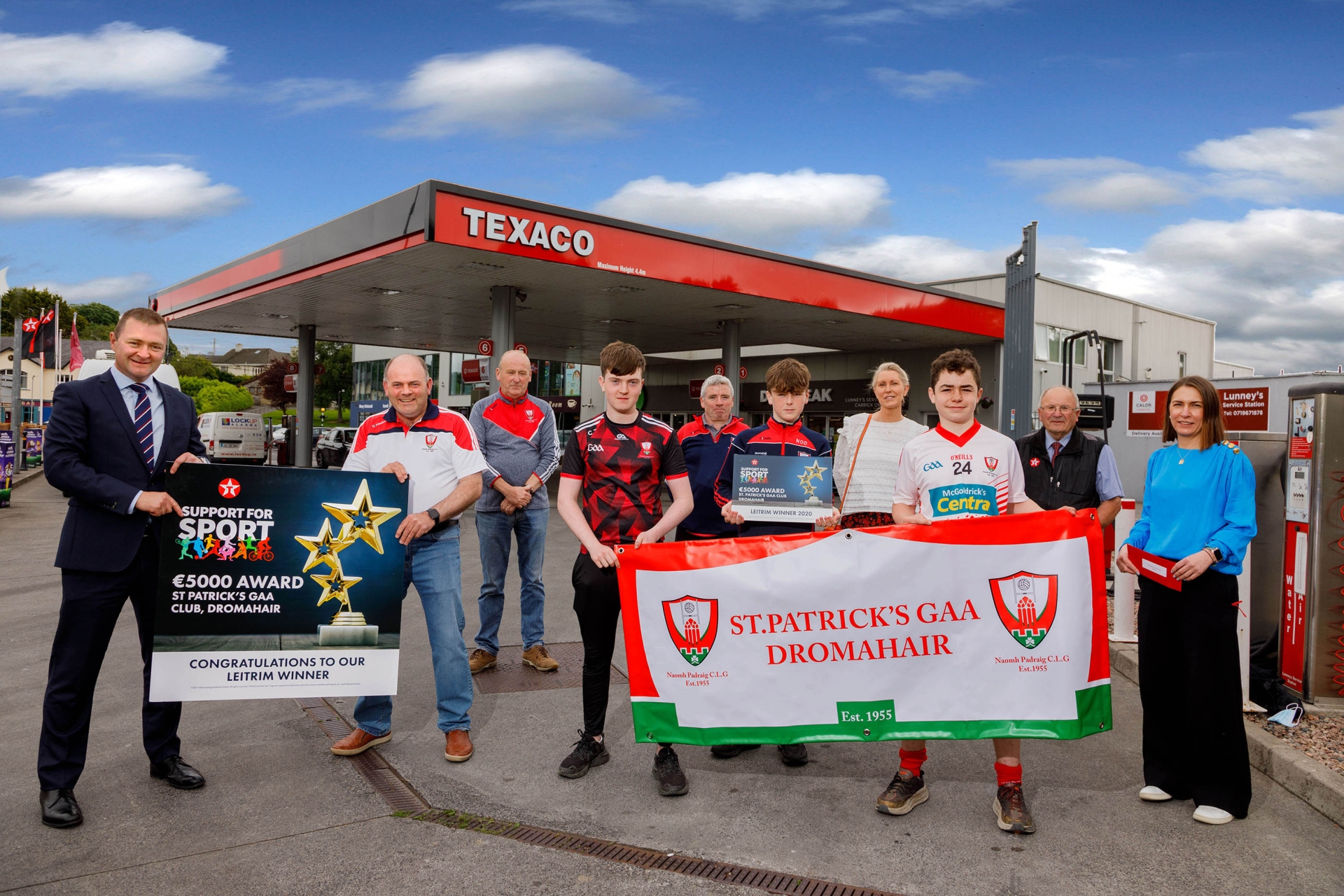 One of almost 400 clubs countrywide to make an application under the scheme, St. Patrick’s GAA Club is a boys’ and men’s club with teams from U7s up to senior level. Its playing grounds – scenically located beneath the ruins of Creevelea Abbey – is a shared facility also used by Dromahair Ladies Gaelic Club with which St. Patrick’s is closely aligned.

Top prize in 2021 draw goes to Dromahair with clubs set to receive up to €40,000 of draw's proceedsWinners

Currently, it has a playing membership of 160 players – a number it hopes to expand in the current year.

The presentation was made to the Club by Valero Energy (Ireland) Limited – the company that markets fuel in Ireland under the Texaco brand.

Under its Texaco Support for Sport initiative, launched last September, a fund of €130,000 was set aside for allocation in equal amounts of EUR5,000 to successful applicants chosen on a county-by-county basis.

Entries to the Texaco Support for Sport 2021 initiative will open this Autumn.