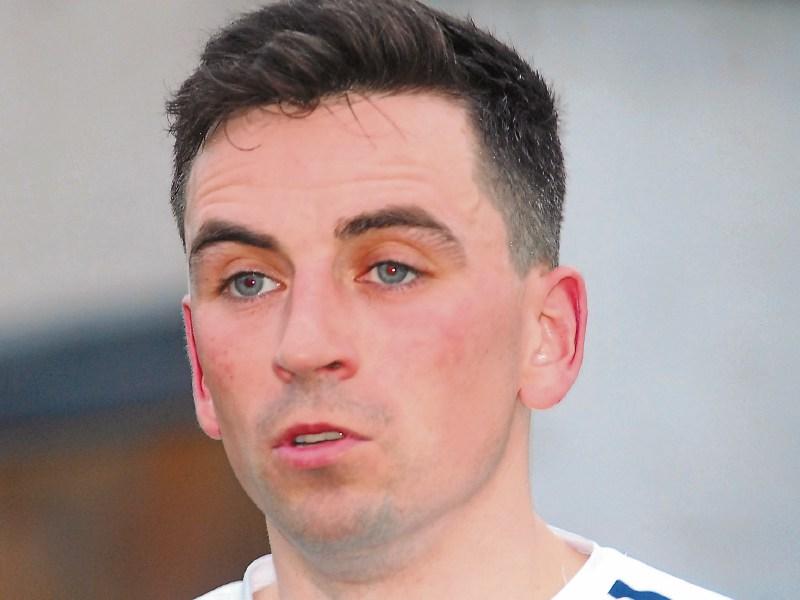 It was definitely glass half empty for St Mary’s Kiltoghert last Friday night as Nicholas McWeeney admitted that Gortletteragh showed the greater hunger in their dramatic 1-13 to 2-10 Connacht Gold SFC Group 2 draw in Pairc Naomh Mhuire.

The St Mary’s captain was full of admiration for Gortletteragh’s spirit and resilience but admitted that the Carrick side have work to do ahead of the quarter-finals: “To be honest, I think we’re just happy that we got any result there.

“We didn’t really seem to be performing too well and Gortletteragh were coming in after a great performance and a great win against Leitrim Gaels so we knew that it was going to be a tough battle. We’re just happy that we’re out of the group, that we topped it and that we’re into the quarter-finals.

“We have a good two weeks ahead of us to try and sort out everything and try and get ourselves right for whoever we will be facing.”

It was the second draw of the campaign for Denis Connerton’s troops although Nicholas credits Gortletteragh’s spirit for ensuring the game finished level: “They are all learning experiences. The Leitrim Gaels was a bit more that neither of us wanted to the lose the game, the first time we have played each other in the championship.

“This one, they wanted it a little bit more than us, they were hungry, a little bit more focussed and maybe that is where we slipped up, our concentration wasn’t where it should be when we were coming into the game and again towards the end.

“They showed it, like they did against Leitrim Gaels, their never say die attitude got them over the line and the will to get into the quarter-finals. They’ve won the intermediate, they wanted to stay up in Senior and they did exactly that, fair play to them.”

Slow starts seems to be a recurring theme for last year’s County finalists and you expect St Mary’s will be working hard to rectify that over the next two weeks: “That seems to be a bit of a thing for us, slow to get going and it takes us a while to get going. Again it is something we’re going to have to work on over the next few weeks because we don’t have a safety net when we come back in two weeks time and if we get a bad start, whoever we have could put us to the sword and the game will be over before we even get a chance to start playing. It is something we need to work on.”

Yet Nicholas does see progression for the young players in the Carrick squad as St Mary’s did last year what Gortletteragh did in 2021, recovering from losing their first two games to win a place in the quarter-finals: “Big difference from last year but I suppose it shows the squad have matured now a good bit from those games.

“We learned a lot from those games and we’ve got good lads like Keaney and all them have two good seasons underneath them, you have Gavin coming through and Adam is coming back from a serious injury, they are pushing everyone and training has been good.

“We have a good panel there now which is probably the difference from a few years ago, we didn’t have that depth that we have now, we were missing players today that would probably be starting and we still had lads who were able to come in, take those positions and be just as good and as effective on the pitch.”

As for the quarter-finals, all Nicholas is expecting is a tough battle: “No preferences to be honest. When you look at that group, second, third or fourth, whoever gets it, it is going to be just as tough.

“You are not expecting an easy game there, you can’t say you prefer anybody - you just have to get yourself there to the quarter-final and take it from there because whoever we face, it is going to be another tough battle.”