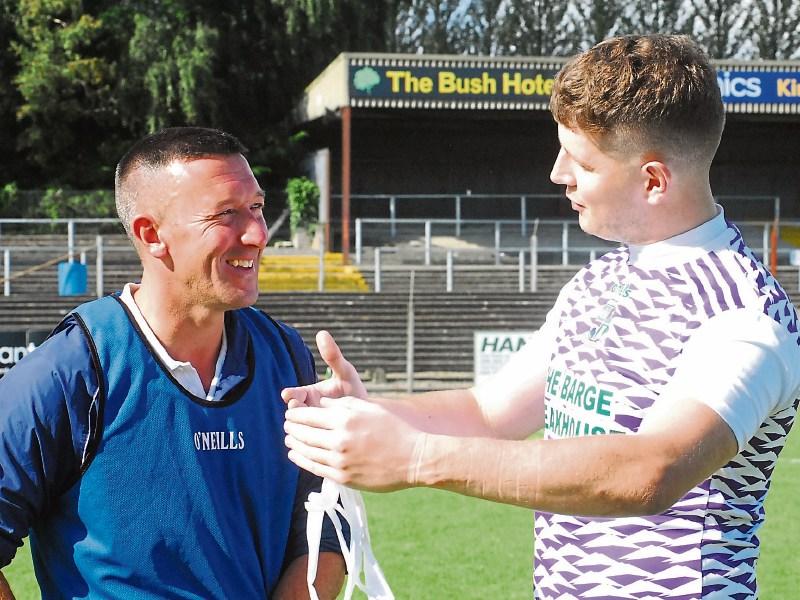 Mohill's shadow looms very large over this year's Connacht Gold Senior Championship but last weekend's quarter-finals suggest that an even larger shadow is emerging for those who love gaelic football in this county.

Few who witnessed the fare in Avant Money Pairc Sean Mac Diarmada went home enthused about what they witnessed and even one long time observer of the game in this county was prompted to ask a few of us “If we had a new manager of the County senior team here this weekend, what do you think he would say?”

Now, I'm not going to repeat the answers but safe to say, there wasn't a lot of positivity in the room but it is illuminating to note that the most common remark I heard over the weekend was that the superb Mohill team who took apart Gortletteragh piece by piece would undoubtedly beat the Leitrim Senior team!

Forget about the accuracy of that statement for one moment, I think it is nonsense myself that the best 15 players from outside Mohill who trained together and worked together couldn't beat the champions but I've been wrong before. However, it does hint at a deeper malaise in the county right now and it is very easy to draw a direct line between what we witnessed last weekend and what happened to the Green & Gold in Castlebar back in June.

Clubs' first and only concerns are their own teams. How the County team performs is not their responsibility, and quite rightly too, but the quality of fare we witnessed last weekend definitely plays into the strength of our county teams.

None of this is Mohill's fault, far from it, they should be celebrated for what they are doing. They are the template for each and every club in this county to emulate - incredibly fit, ferociously hard working, superbly coached and playing with an intensity that few will match, it is certainly not Mohill's fault that they are crushing all before them.

Pronouncements such as this will leave Mohill worried that they'll be caught by a sucker punch or that they might have hit their peak against Gortletteragh but right now, Mohill don't just look a step beyond everyone else right now, they look two or three steps ahead of the pack! Crucially, they don't seem to mind the burden of favouritism, in fact you get the feeling that Liam Keenan's side are positively reveling in it.

Delving into the four quarter finals, it is hard to know what to make of them - the fourth place finishers in both groups exited as you might expect and the group winners, and 2020 finalists to boot, Mohill and St Mary's Kiltoghert cruised into the quarter-finals but in the group stages, Fenagh St Caillin's defeated Ballinamore Sean O'Heslins and both Glencar Manorhamilton and Gortletteragh saw off Leitrim Gaels but it is the Gaels and Ballinamore who are still standing.

None of the four games lived up to their potential or could even be called remotely competitive. That may seem harsh on a Fenagh St Caillin's side who missed at least three gilt edged goal chances and were only four points adrift at the final whistle but the truth was that Leitrim Gaels were comfortable throughout the game, so much so that I proclaimed to those of us in the press box that the game was as good as over at halftime!

That's a risky statement to make and Fenagh will have a lot of regrets but their comeback was fuelled as much by Leitrim Gaels seeing the finish line and retreating to hold what they had rather than pushing on - understandable enough for a young team seeking to reach their first ever senior final.

Nothing I write can hurt Gortletteragh more than what they went through on Saturday - it was excruciating to watch so I can't imagine what it must have been out there on the field in the midst of the Mohill storm but it did illustrate the yawning chasm between the Senior and Intermediate grades right now.

The demise of Aughawillan and Glencar Manorhamilton looks ominous for their future - two clubs, who produced fabulous teams over the past decade and a half, were never truly at the races.

Manor can reassure themselves that their underage production lines are churning out some quality footballers for the future but replacing some of the best players in the history of the Leitrim club game will take time. For Aughawillan, the same applies and the numbers game doesn't look as good for them but if there is one team that can raly against the dying of the light, it is the Willies.

Strangely, Mohill's shadow may allow St Mary's, Ballinamore and Leitrim Gaels to work away under the radar, out of the spotlight and without any real pressure because nobody I've talked to sees anything other than a Mohill win - and that may be liberating for these teams.

We'll talk more about the semi-finals next week but if the quarter-finals showed us anything; it is that our top grade is not healthy right now. Teams can have an off-day, of course they can, and an outstanding team like Mohill can come along and crush everyone in their path at any time - just look at Kilkenny hurlers, the Dubs and the Kingdom down through the years.

But the lack of competitiveness over the four games was hard to escape and for the long term health of the game, clubs, players, fans and the county board need to come together to see what needs to be done. What we witnessed does nobody any good and it is time that everyone steps up and start asking the hard questions right now! Or else we are in for more of the same in the future!