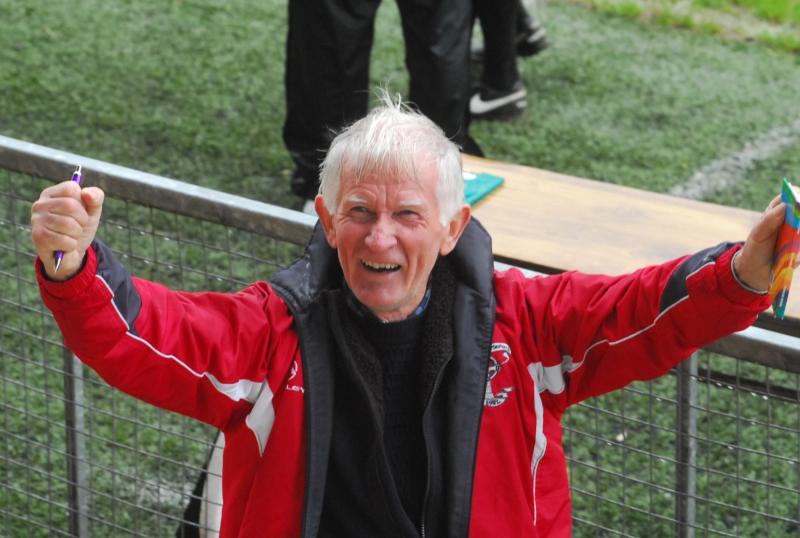 They rightly say it is a thin line between success and failure and nowhere was that more apparent than in Avant Money Pairc Sean Mac Diarmada last weekend as the knockout stages of the Smith Monumentals Intermediate championship gave us drama by the bucketload.

Now, I'm not going to try and persuade you that the four games in Carrick were classics - far from it with mistakes and errors liberally sprinkled in among the acts of heroism, feats of brilliance and moments of inspiration as three of the four games went down to the wire. But that is what makes  the Intermediate grade so unpredictable and so appealing.

In fact, I'd go so far as to say that three of four games far exceeded the four senior quarter-finals for entertainment value. Admittedly, they were a long way off the intensity and quality of the senior games but in terms of keeping everyone on the edge of their seats, you couldn't beat what happened between Annaduff & Drumkeerin, Ballinaglera & Drumreilly and Kiltubrid & Aughavas.

Even the comfortable 10 point win for St Patrick's Dromahair wasn't entirely that comfortable as Bornacoola missed a couple of great goals chances, including a penalty, but the north Leitrim men, despite not hitting the heights, were clearly the better side on the day.

Speaking of that game, I've got to admit that myself and more than a few colleagues in the press box felt Damian Moran should have got a penalty in the first half. But thanks to the magic of Leitrim GAA's online coverage, one of those who was in agreement with me that it should have been a spot kick told me the next day that referee Enda Egan had got it spot on, no way was it a penalty! So there you go, well done to the Fenagh official.

But looking back on four intriguing games last weekend, two images will linger long in the mind. The first came on Saturday and it involved myself & Willie Donnellan walking past an eerily silent Drumkeerin camp. Not a sound, let alone a word,  emanated from players or management or fans  - it was almost like a death in the family.

It wouldn't have taken much for Drumkeerin to win yet Annaduff were not undeserving winners - they just happened to get their noses in front at the right time with Ray Cox ultimately providing them with the crucial edge to get across the finishing line. I wrote in this column last year about the Annaduff great, extolling what the virtues of what I termed the “wily old fox” - well Ray proved his value again, directly contributing to 1-4 in a one point win!

The other image that stood out from the weekend - the delight of Padraig Loughlin in Willie Donnellan's photo summed up what everyone from Ballinaglera was feeling on Sunday   as they shocked Drumreilly to reach the semi finals. I was one of those who thought Drumreilly were a home banker in this one but as I waited and waited for them to stamp their class on the proceedings, it was the Glera men who rose to the challenge.

The outburst of joy was in contrast to the devastation in the Drumkeerin camp but both images underline just how much a game, which in the larger scheme of life could be construed as  a meaningless ball game, can make to the well-being of an entire area.

It is such a thin, thin line between success and failure - a converted Conor Gaffney free would have sent the Ballinaglera game to added time while Cathal McCauley was unlucky with a long range free for Drumkeerin, although a successful score might have led to quite a few difficulties given that it was an indirect kick after play was stopped for injury!

Kiltubrid's victory turned, appropriately enough, on a turnover as the ticked into added time - two or three passes later, the ball is nestling in the net and Aughavas are devastated. Yet when they look back on this season, you've got to feel that Aughavas have made enormous progress and can't wait for next year.

The semi-finals are two games are far from easy to call, no matter what people might think. One person remarked to me after the draw  that the Annaduff and St Patrick's Dromahair game is the “real final” and while you can see where the comments comes from, nothing is sure to get the dander of Ballinaglera and Kiltubrid men up than that sort of comment.

Then you wonder if the joyful reaction   in the ranks of the Kiltubrid players gathered on the pitch to listen to the semi-final draw will  dissipate over the next few days  when they examine the challenge that Ballinaglera, a team with momentum and growing confidence, pose to their ambitions

The Senior semi-finals are up next weekend and here's praying we get some of the drama and excitement we had last weekend in Pairc Sean. Here's hoping and the best of luck to all four teams.