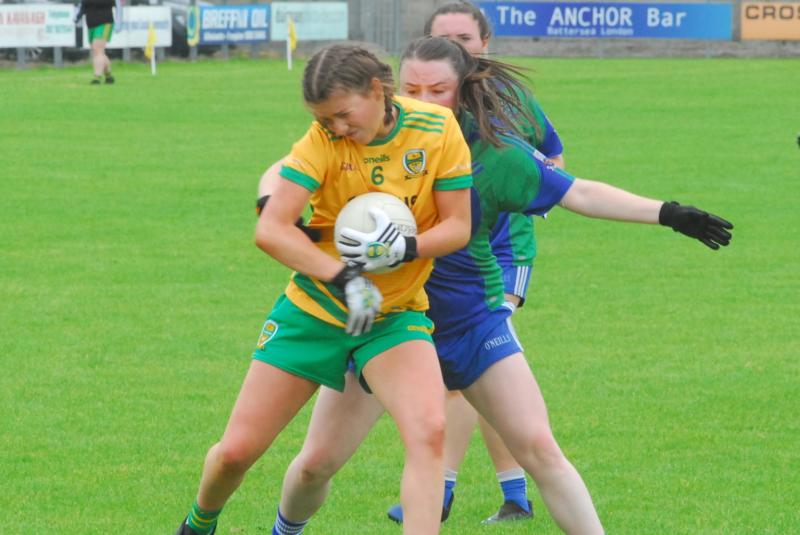 Opponents in the very first game in the competition, Ballinamore Sean O'Heslins and St Joseph's meet in next Saturday's first ever Gotham Dry Wall LGFA Senior B Final in Cloone at 3.30 pm.

Glencar Manor's status as Connacht Intermediate champions meant there needed to be a new format and fittingly enough the two form teams in the B grade have reached the final after testing semi-finals.

Ballinamore beat St Joseph's 3-8 to 0-9 in the first round and last year's Senior finalists have to be favoured to repeat the trick in the final. They struggled to put away St Francis at the weekend but showed tremendous resolve despite not hitting the heights they are accustomed to.

St Joseph's gave one of the all-time battling displays as it was plainly obvious more than one of their key players is struggling with injury. Yet they still dug out a deserved win over Kiltubrid and anyone underestimating would be crazy.

However, injuries to Michelle Heslin, Rachel McIntyre and Shannen O'Rourke could leave them vulnerable against a Ballinamore team who have boast a bit more strength in depth although they did lose the influential Megan McGovern during their clash with St Francis.

On current form, Ballinamore will start as heavy favourites but it wouldn't take much from St Joseph's for them to cause huge problems. They created enough chances against Kiltubrid to have cantered to a win if they had converted half of what they missed and they won't be coming up against a player like Michelle Guckian.

However, Ballinamore do look like a team with an eye on the title and maybe even another tilt with Glencar Manor in the Senior A decider. This will be closer than you expect but Ballinamore have the momentum to take their first Senior title.

Dromahair & St Mary's Kiltoghert booked their places in Sunday's LGFA Intermediate Final after wins over Drumkeerin and St Brigid's. Unbeaten Dromahair will start as favourites as their ability to set a fast pace and wear down the opposition has seen them wear down teams. St Mary's have come through some tough battles but you still have to expect Dromahair to make up for last year's Final loss with victory in Kiltubrid on Sunday.