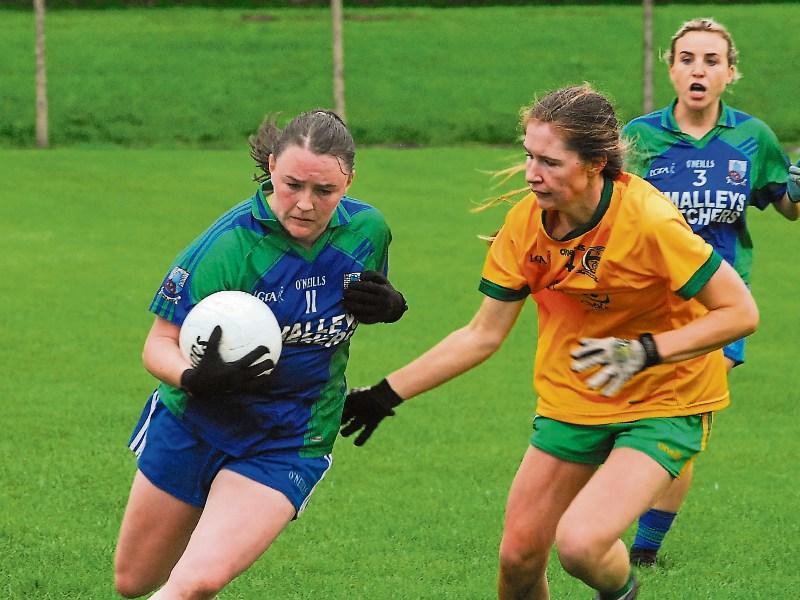 St Joseph’s deep self-belief despite serious setbacks were key to their Gotham Dry Wall LGFA Senior B Final victory over Ballinamore Sean O’Heslins according to Player of the Match Carmel McGovern.

“We don’t make it easy for ourselves,” was Carmel’s assessment Saturday's contest, adding “We got there just by the skin of our teeth but I think we put in a good performance, we were ahead all the time.

Their resolve has been seriously tested with injuries to key players and they lost Rachel McIntyre to a serious injury in the semi-final against Kiltubrid but Carmel believes it shows the spirit in the squad: “It is serious, even there we lost a serious player last week in Rachel McIntyre and she is a bit emotional there today, she’d love to be on the pitch with us.

Winning the title means St Joseph’s face Glencar Manorhamilton in the Senior A Final this Saturday in Ballinamore and Carmel has her sights set on another title: “Hopefully, it will stand to us next week. I think it is a big lift for us. We’re not going to get ahead of ourselves, in our eyes, this really was a semi-final, the final is next Saturday.

“We won’t get ahead of ourselves and we haven’t been getting ahead of ourselves but it means a lot, it is so nice to get the supporters back out again and all the girls are putting in such an effort. We all buy into it and I think that is the main thing.”

As for celebrating the B victory, Carmel smiles and says “It will be hard to celebrate but we’ll manage, we’ll be sensible enough - some of us!”