McDermott goals give Fenagh the edge in high scoring thriller 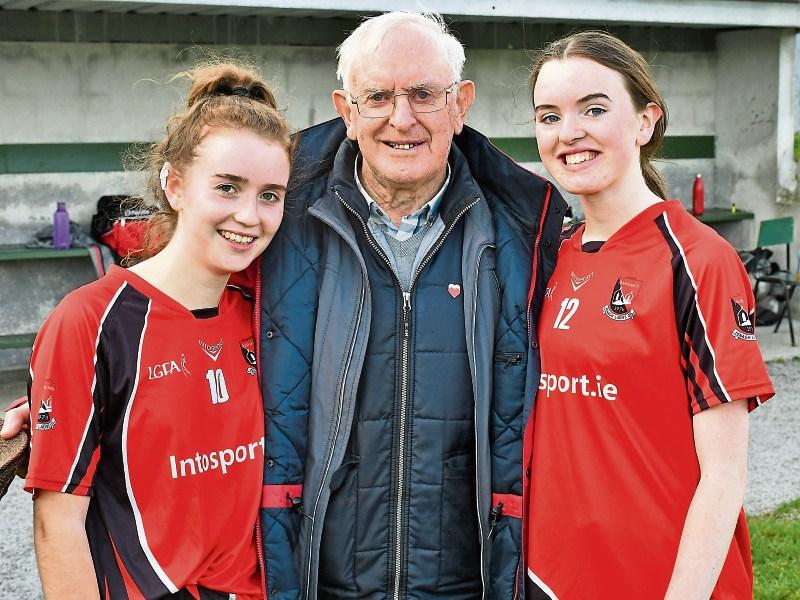 After losing out in last year's final, Fenagh collected this year's Gotham Dry Wall LGFA Junior A crown but not without surviving a stiff test from an Annaduff team inspired by Vivienne Egan.

In a game that twisted one way and then the other, three goals from Caoimhe McDermott proved the difference in a high scoring encounter that was right in doubt up until the final whistle and delivered some great entertainment for fans.

Former Leitrim Ladies All-Ireland winner Sarah Garvey opened the scoring just 30 seconds in with a shot that hit the top of the crossbar while Leitrim Ladies star Vivienne Egan added a second two minutes later. Fenagh opened their account when a good move was finished well by Ciara Bohan but Egan responded with a second after five minutes.

Aoife Cafferty converted a free after a foul on Sarah Rowley but Annaduff won the kickout and got the ball to Egan who fired over. The kick outs were proving profitable as, from the subsequent Fenagh kickout, Annaduff regained possession leading to another Garvey point.

Annaduff seemed to be taking control when Chloe Dolan pointed after good work from Grainne Reynolds on 12 minutes. But Fenagh started to find their rhythm when Sarah Rowley pounced on a poor Annaduff clearance to point. From that kickout, Kate Gilheaney won the ball and combined with Ciara Bohan to set up Leah Smith for a good point.

However, Annaduff regained control as Egan scored two good frees to leave them eight points to four ahead after 18 minutes but Fenagh looked to have turned the game on its head when Kathy Reynolds found Caoimhe McDermott and her long range shot ended up in the top right hand corner of the Annaduff net.

A foul on Roisin O’Toole allowed Cafferty to cut the gap to a point on 22 minutes but Annaduff’s response was superb, Vivienne Egan finishing a great run with a bullet to the roof of the Fenagh net. She then added a free before Roisin O’Toole, set up by a good run from Sarah Rowley, fired over.

That left Annaduff with a 1-9 to 1-6 halftime advantage and when Chloe Dolan won the throw-in and worked the ball to Clara Keane, the advantage stretched to four. However, just a minute later, the game was back in the melting pot when Roisin O’Toole’s quick free found Caoimhe McDermott unmarked and she planted the ball in the net for her second goal.

The dramatic turnaround continued as Fenagh struck for their second goal inside the first four minutes of the second half when Kate Gilheaney’s long delivery found the deadly McDermott who chipped the keeper for a dramatic turnaround.

Having seen a four point lead turned into a two point deficit, Annaduff reacted superbly with a free from Egan and another Garvey point to tie the scores and after both teams had chances, Annaduff went back in front with yet another Egan score.

Fenagh replied with a point from McDermott, set up by Ciara Bohan, on 11 minutes but the crucial score came two minutes later when Fenagh worked the ball from their halfback line before Sarah Rowley put Roisin O’Toole through for a massivel fourth goal.

Fenagh were on a roll and stretched the lead to five points thanks to two points from Leah Smith, the first after winning an Annaduff kickout and the second set up by Sarah Rowley, but Annaduff hit back, Egan converting another free with just over ten minutes left.

Fenagh lost Amy McLoughlin to a shoulder injury after a collision with Annaduff’s Grainne Reynolds with Saoirse Redican coming on. Annaduff kept the pressure on when they added a point from Chloe Dolan to cut the gap back to a goal.

Dolan added another with three minutes left but Rachel Smith’s quick free for Fenagh resulted in a point for Leah Smith. However, Fenagh were then reduced to 14 players in added time when Kathy Reynolds was yellow carded for a foul on Vivienne Egan, who tapped over the resulting free.

That left just two points it in but two late points from Aoife Cafferty ensured the Cup would be heading for Fenagh on Sunday evening as they held on for a four point victory.