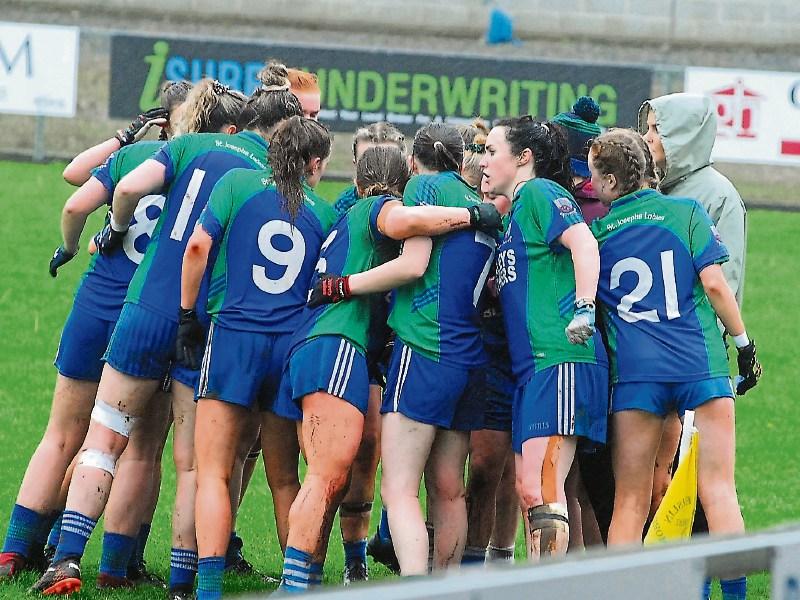 After the highs of a dramatic Senior B Final victory, you sensed that Fergal Brady was somewhat perplexed with last Saturday’s Gotham Dry Wall LGFA Senior A Final, feeling that his St Joseph’s team never truly got going against Glencar Manorhamilton.

Or, as Fergal put it himself, “it just didn’t happen for us.”

“It is not that any girls didn’t try or battle,” Fergal told the Observer, adding “It is just one of those games where it doesn’t happen and it wasn’t our day. Last week, we got the dream start and from one day to the next, you are hoping you get that dream start but today it just didn’t happen for us.”

It looked as if injuries and an intense schedule had caught up with St Joseph’s and Fergal agreed it may have been a factor: “Maybe it did. We thought ourselves we were up for it, we were up for it. Probably the penalty early on might have settled us, it just wasn’t happening.

“We had a shot off the post, the little things and other days they were going in for us and today it just didn’t happen for us. We did look tired in the last ten or 15 minutes, it is very hard to lift yourself, especially in those conditions.

“Maybe we looked a little bit flat at times but at halftime, I said there were only two scores in it. Tight breeze, chances will come but it just wasn’t to be. But it has been a good few weeks, apart from today and those days happen.”

Fergal also paid tribute to the impact Ailbhe Clancy had on the game: “Ailbhe was in good form, she kicked some fabulous points in the first half. I don’t think they kicked a wide in the first half. They are worthy champions and that is the way the cookie crumbles.”

St Joseph’s now go into the Connacht Intermediate campaign but the first aim is to get everyone fit and healthy again: “We’ll probably do nothing this week and let their bodies recuperate, it has been a long seven weeks. It is not hard motivating the girls, they won’t settle just because what they won the Senior B Final and they won’t let today stop them from driving on to what they want to achieve.

“Glencar Manor last year won the Connacht Intermediate and now they’re at the next level. For us to get to that level, we have to do what they did. It is no easy feat but we will give it a lash. There is no pressure so we will go out and enjoy it.”