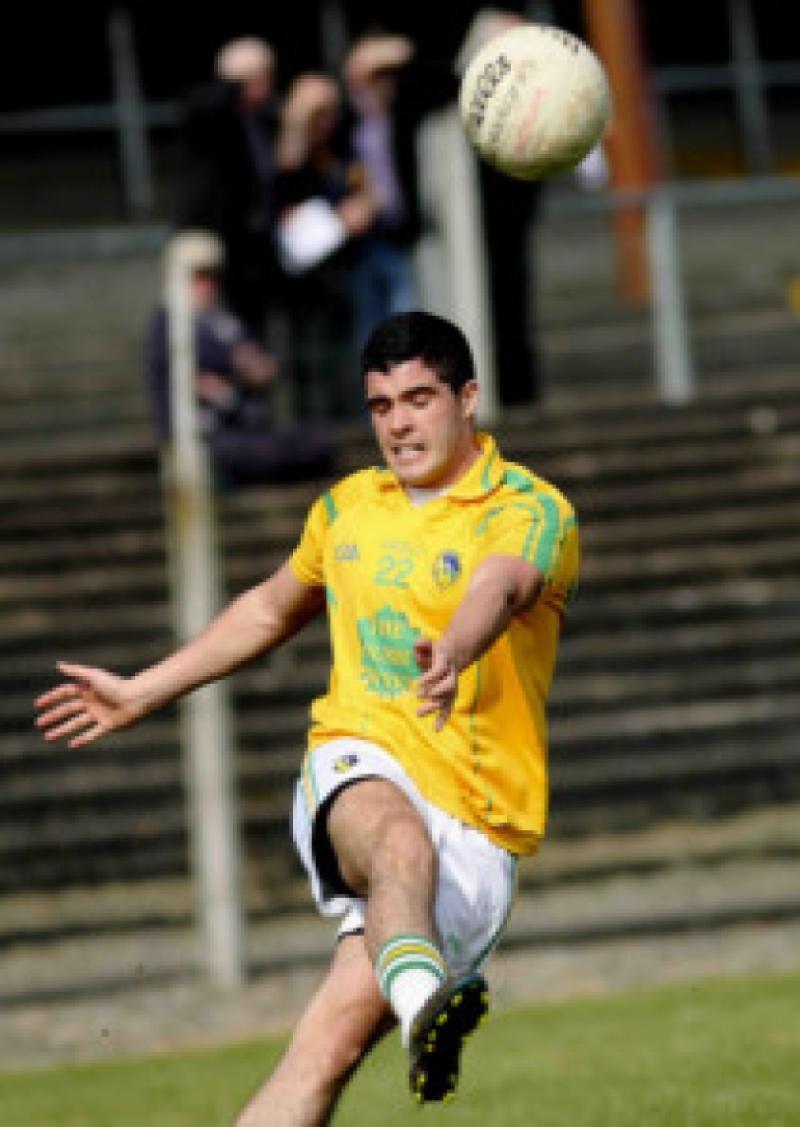 When these two sides last met midway through the National League, talismanic Leitrim forward Emlyn Mulligan was the subject of an unsavoury assault in a game that was narrowly edged by the midlanders, 0-9 to 0-8.

When these two sides last met midway through the National League, talismanic Leitrim forward Emlyn Mulligan was the subject of an unsavoury assault in a game that was narrowly edged by the midlanders, 0-9 to 0-8.

On a wet and windy night in Walsh Island last Thursday, the Melvin Gaels club man exacted a measure of revenge when he kicked eight points in a well contested challenge game, playing a significant role in Leitrim’s three point victory in the process.

Both sides lined out with the vast majority of their first choice starters and consequently both management teams will take a lot from the game. However Brian Breen and George Dugdale will be a lot happier than their Offaly counterparts after the visitors put in a solid 70 minutes of play, marred only by their final tally of 11 wides and the sloppy concession of a goal midway through the second half.

Mulligan was the focal point of the Leitrim attack throughout the first half and he kicked seven of his team’s nine points in that period, while also covering a lot of ground from the centre forward position and sending plenty of good ball into his full forward line.

Offaly had a much better spread of scorers and when they took the lead after 28 minutes, 0-5 to 0-4, five different Offaly players had scored, as opposed to just Mulligan for Leitrim.

However a wonderful right footed score from Robbie Lowe on the turn levelled matters in the 31st minute and Leitrim went on to enjoy a purple patch before the break, kicking three more frees and crowning their efforts with a fine Darren Sweeney point on the run.

Six half time substitutions ensured that it was a new look Leitrim team that took the field in the second half, but even though the personnel changed, Leitrim continued to edge the battle for primary possession and they also remained well on top of the Offaly full forward line, who were largely shackled throughout this tie.

One of those substitutions was the return to action of Glencar/Manorhamilton’s Adrian Croal, a great boost to the squad although he may not be fit enough for action in New York although his return was off-set by a weekend injury to Conor Beirne that leaves his participation in Gaelic Park in doubt.

Wayne McKeon opened the scoring almost immediately on the resumption of the fixture but the third quarter saw Offaly start to get on top in their own half of the field and a fallow period of scoring followed.

Brian Connor pointed to begin the home side’s comeback and the lead could have been almost eradicated when Bernard Allen played in Niall McNamee with a well placed hand-pass, only for McNamee to blast the ball over the bar from close range.

Offaly did get the game’s only goal in the 54th minute when McNamee broke a long ball down into the path of centre forward Brian Connor, whose run had gone untracked. The son of All Ireland winning captain Richie Connor made no mistake with his chance, planting the ball into the bottom right corner to reduce the deficit to one.

Leitrim’s response was exemplary however and Darren Sweeney led the charge for the county, hitting a glorious right footed effort on the run after surging through from midfield.

A pointed free from McNamee cancelled that score out and reduced the deficit to one once more, but substitutes Paddy McGowan and Shane Moran completed the scoring, securing a deserved win for their side.

Offaly must now regroup in advance of their division four final against Limerick this Saturday, while Breen and Dugdale can be happy that Leitrim have some momentum on their side in advance of their transatlantic voyage in the first round of the championship.