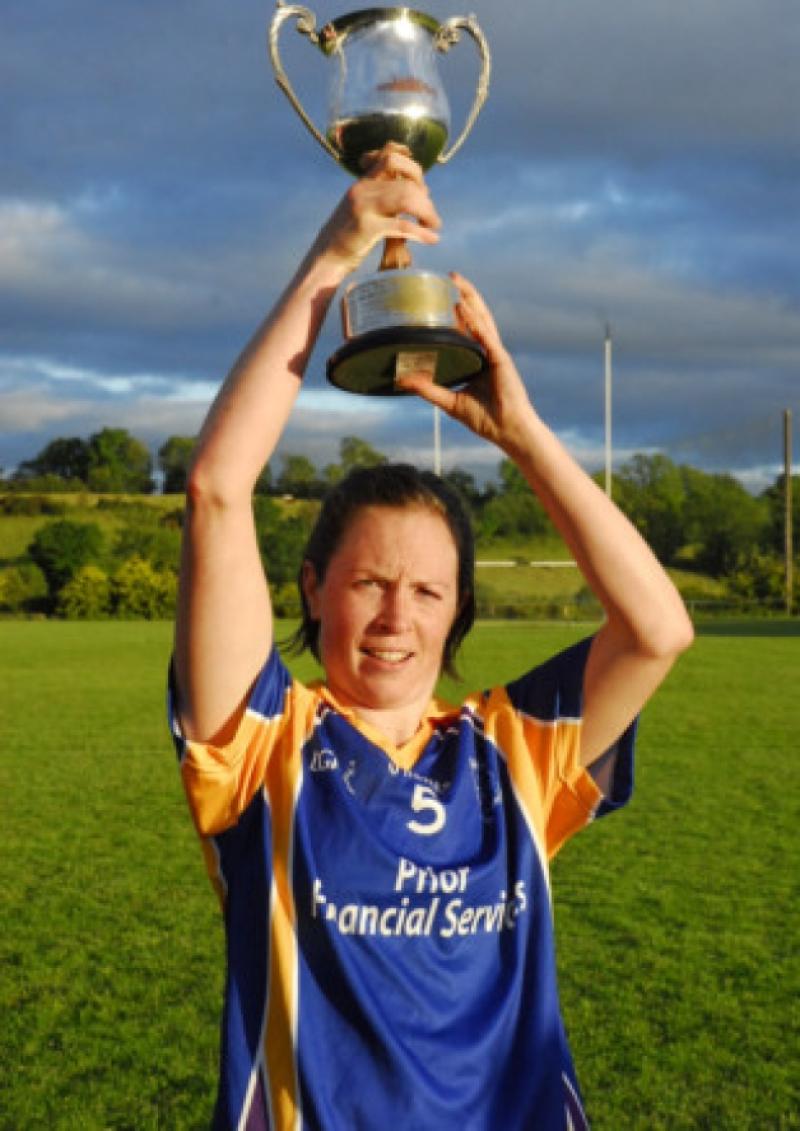 Goals in the first and last minutes of this action packed Division 1 final don’t come close to telling the full story as Aughawillan claimed victory.

Goals in the first and last minutes of this action packed Division 1 final don’t come close to telling the full story as Aughawillan claimed victory.

Dromahair will no doubt be frustrated by some of the goals they conceded in Drumshanbo last Saturday and will rue the fact that their goal didn’t arrive until the final kick of the game.

However, there could be no denying Aughawillan who defended excellently. The half back line in particular proved to be quite formidable while at the other end Carla LeGuen and Aileen Maguire both caused havoc.

The game was just over a minute old when Carla LeGuen was given too much time to pick out the unmarked Michelle Kellegher and from close range she made no mistake.

Dromahair responded well as Anna Conlan and Mairead McMorrow attempted to drive their side forward from midfield. Two Roisin Fowley points were followed by an Aileen Maguire pointed free.

Aughawillan edged back in front with another Aileen Maguire free but Dromahair were playing particularly well at this stage and hit back with two further Roisin Fowley frees.

The deadly accurate Fowley and Maguire converted frees in quick succession before an excellent point from Erin Farrell.

Leading 1-7 to 0-9 as the second half began, Aughawillan struck with a Mary McKeon point although Dromahair soon hit back with a Fowley free.

The left foot of Maguire edged Aughawillan into a two point lead before Dromahair replied with three points in quick succession with points from Erin Farrell and two from Roisin Fowley.

The lead was not to last long as Carla LeGuen got in behind the defence to goal despite the best efforts of Mary Farrell.

With Maeve Quinn rolling back the years, it was to get even worse from a Dromahair point of view as Aileen Maguire scored 1-1 in the space of a minute and it looked as though the game was over as a contest.

The drama was not over yet as Dromahair responded with points from Erin Farrell and Fowley and with the final kick of the game, Fowley scored Dromahair’s solitary goal.

However, that goal was to be no more than a consolation as the full time whistle sounded and the Aughawillan celebrations got underway.