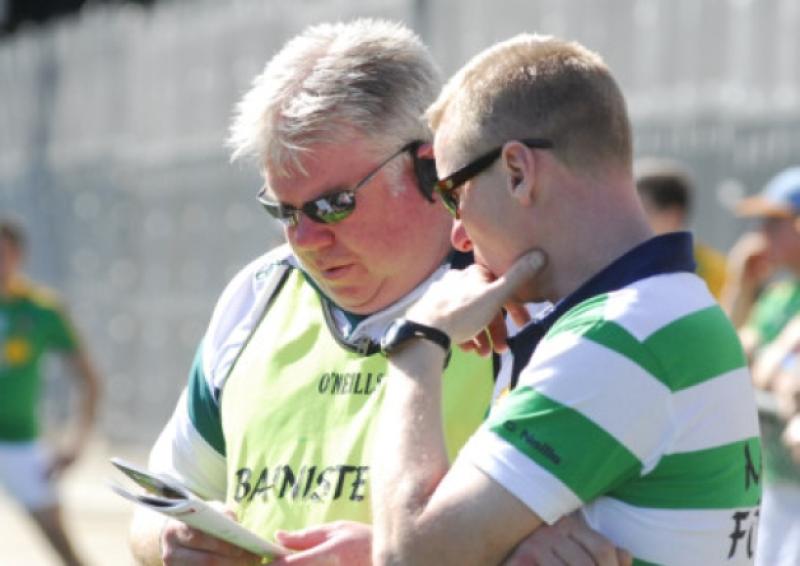 Satisfaction at a job well done and a championship shock avoided was probably the best way to describe joint manager Brian Breen in his reaction to last Sunday’s Connacht Championship First Round victory over New York in Gaelic Park.

Satisfaction at a job well done and a championship shock avoided was probably the best way to describe joint manager Brian Breen in his reaction to last Sunday’s Connacht Championship First Round victory over New York in Gaelic Park.

Leitrim travelled full in the knowledge that the Exiles were gunning for a first ever championship victory but the extensive work in preparing a young team for the challenge they faced was evident on the scoreboard as Leitrim scored a massive 4-19 to 0-7 victory, reducing the game to nothing more than a hard work-out for the second half.

But Brian believes that the victory last Sunday is just the first step for this young Leitrim team - “We are delighted with how the game went, they were very hot conditions and it is a sigh of relief I suppose because you never know with a trip like this. The players came out with a job to do and did it in a very professional manner. I’m very proud of the players.

“There was apprehension the whole week so it more relief than being victorious. We came out here, we had a job to do and we did it in a professional manner and our fitness saw us pull away in the end. The conditions were very warm and we adapted to them quite well I thought.”

The challenges of the trip stateside from a logistical and mental side are a test for any side but Leitrim came through with flying colours thanks to the careful ground-work over the past few months - “There is so much happening in the few days out here and so much that could go wrong, so much that are factors. A lot of hard work has gone into the year so far so we are very happy with the result.

“There is so much since we left Thursday that possibly could go wrong, it is not like playing at home in Pairc Sean or the Hyde when you just arrive but you are organising for 31 guys, there is so much in organising what they eat, how long they sleep, jet-lag and the heat and all that stuff, there are so many more factors that there would be at home.

“We had to approach in a professional manner, we planned it meticulously since last December, we put a lot of hard work into this weekend and it bore fruit today.”

And there was added pressure on the players with the expectations of the hundreds of fans who travelled to New York for the game - “I was just talking to some of the Leitrim people over here in Rosie O’Gradys on Friday and they said the Leitrim fixture here in the Connacht Championship normally draws the biggest crowd, there are even people coming from San Francisco, Chicago, Boston and so on and we’ll be able to catch up with them after the match.”

Brian also paid tribute to the performance of Man of the Match Tomas Beirne and his midfield partner Darren Sweeney, starting his first game of the year - “We targeted the centerfield area and we dominated which we are very happy with.

“It was a sector that we had targeted that possibly we could dominate and Darren and Mossy did quite well there. We felt that we would have the legs on them and we did. I was particularly happy with Mossy because he has come a long way in fitness and this will do him no harm at all.”

As for a possible appearance in a Connacht Final, Brian said “There’s a carrot out in front of them now and we have a number of weeks to get ready for the next round so the lads will be chomping at the bit. We had to get this one out of the way. The whole thing was if we can get the win and come out of the weekend hassle free, then it will have been worthwhile and we can use it for a bit of relaxation now.”

And the intense competition for starting places on the Leitrim 15 should help the team in the weeks ahead - “That will stand to us, we have seven weeks now to prepare, there is a lot of hard work to be done.

“The big thing was we had so many players who were so disappointed not to be starting today and that is a good thing. It is not a great part of your job but it is a luxury we haven’t had in a long time. These guys will be chomping at the bit to come in and that is exactly what we want.

“We’re working very hard as a unit and we’ve as strong a squad as we’ve had in ages and if we can stay injury free and keep everyone on board, there is no reason we cannot give it a good rattle.”