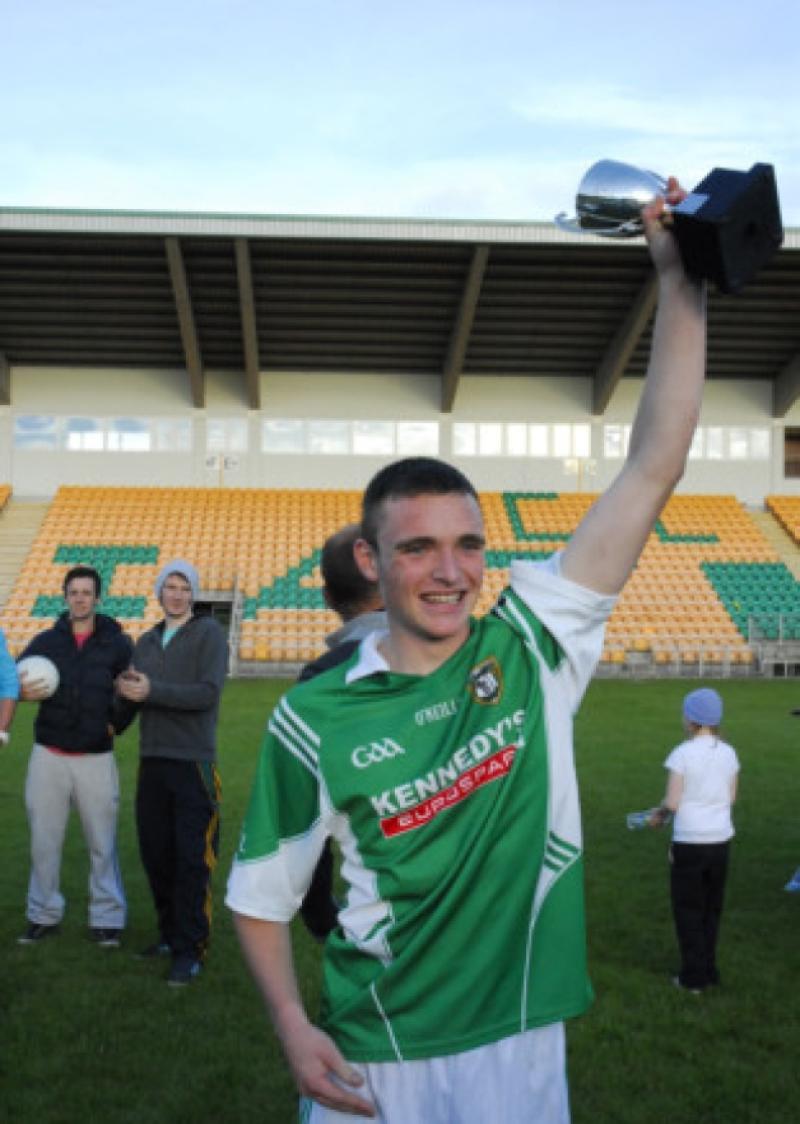 A greater strength in depth saw Mohill deservedly claim the U-16 League 15-a-side title after a poor decider against Ballinamore Sean O’Heslin’s.

A greater strength in depth saw Mohill deservedly claim the U-16 League 15-a-side title after a poor decider against Ballinamore Sean O’Heslin’s.

The Pairc Sean Mac Diarmada Final should have showcased two teams who have produced some epic battles down through the years but a defensive approach from both teams ensured a drab encounter that never truly caught fire.

With both teams playing up to 13 players at times behind the ball in an effort to stifle the attacking threats of the opposition, the final descended into a succession of short hand-passes, bottle necks for players in possession and a real lack of scoring chances.

Mohill’s greater proliferation of quality players all over the field told the tale in the end as when chief attacking threat Keith Beirne was held in general play, they still had players like David Mitchell, Jamie Cosgrove, Jamie Stenson and the impressive Alan Tuthill to make big plays.

It also helped that Mohill’s defence was so impressive with Jack McGarry and Darren Keegan outstanding while Fiachra McGuinness and Kevin Flynn also produced strong displays.

Ballinamore fought to the last and the efforts of Peter Reynolds in particular, Niall McGovern, Donal Feely and Oisin McCaffrey who was played as a covering defender ensured that O’Heslin’s were not going to be easily beaten but it also robbed them of an attacking edge.

Keith Beirne got Mohill off to a bright start with two frees in the first eight minutes but it was Mohill keeper Cal Rawlinson who had to make a good save with his legs to deny Donal Feely a goal. Peter Reynolds followed with a free before Niall McGovern scored a huge point on 14 minutes.

Mohill hit some bad wides but points from Beirne (free) and Jamie Cosgrove edged them two clear again but a Reynolds free left the halftime score to 0-4 to 0-3 in favour of Mohill, with a first minute Reynolds free again levelling the scores.

Unfortunately that was Ballinamore’s last score of the game with a well taken Cosgrove point putting his team back in front. Alan Tuthill weighed in with two excellent points either side of a Beirne free and the game was effectively over after 47 minutes.

Kevin Mullen saw a shot blocked with Rawlinson also making a good catch under pressure while Peter Reynolds was also just inches wide with a fist shot but Mohill also hit the woodwork as they were clear winners at the end.