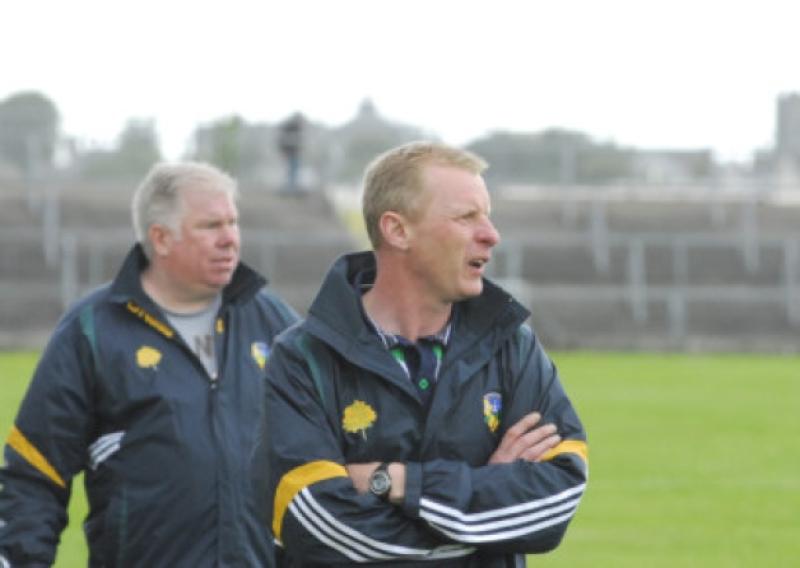 After a year that started with so much promise, a black despair has descended on Leitrim after Sunday’s traumatic loss to London.

After a year that started with so much promise, a black despair has descended on Leitrim after Sunday’s traumatic loss to London.

Inspired by a draw that offered the chance of a rare Connacht Final appearance and boosted by the FBD League win, Leitrim’s year has turned into a nightmare of despair and recrimination.

A remarkable comeback in the second half only heightened the sense of loss, the feeling of what might have been after a truly disastrous first half display.

London learned their lessons from the drawn game, attacked Leitrim with pace and power and, crucially, took almost every one of their scoring chances. With Leitrim’s confidence shattered, there was not one, and I stress NOT ONE, Leitrim fan in Hyde Park who believed there was any chance of rescuing anything from the game.

The second half performance was almost the stuff of Hollywood legend but it turned again into a nightmare when Kevin Conlan missed a late free and James Glancy shot wide in added time.

Had either of those two efforts found the target, it would have completed the most famous comeback in Leitrim GAA history and a very different story would now be told around the land.

To come so close after enduring a first half as demoralising as what Leitrim endured emphasises just how truly awful the first half was.

The talk of “What if” has gone into over-drive since Sunday and the absence of four players dropped for breaching the team’s code of discipline takes on added significance.

But equally damaging was a crippling injury list - Paddy Maguire and Alan Wynne missing from the full-back line, Gerry Hickey also absent from the starting line-up while captain Emlyn Mulligan and drawn game man of the match Darren Sweeney didn’t make it past 15 minutes last Sunday, a blow compounded when full-back Ciaran Egan was forced out of the action at halftime.

Whatever about what might have happened had the Beirne brothers, Wayne McKeon and Shane Moran been available, the crippling losses of three starters was a body blow from which Leitrim simply couldn’t recover.

Indeed, the demeanour of Leitrim’s players during the first half resembled that of someone suffering from shell-shock and a driven London took full advantage.

Playing Emlyn Mulligan was always going to be a gamble but his team-mates were prepared for the real possibility that the captain would not make it through the game.

But it was a gamble that could only have been taken the way it was - had Mulligan being held back, there was no guarantee that he would see out the game either and two substitutions would have been lost. It was definitely a gamble and unfortunately, it didn’t come off

The critical blow was the loss of Darren Sweeney and the groan in the crowd that greeted his substitution perfectly illustrated just what the Manorhamilton man meant to Leitrim’s cause.

Sweeney had matched London’s immense physical power in the middle of the field in the drawn game and in his absence, London simply steam-rolled his team-mates.

Inaccuracy came back to haunt the Green & Gold during the second half - missed frees and wild long range shots a recurring theme as the impossible almost came to pass.

Composure was the missing ingredient and that only comes with surviving an experience like last Sunday and it is a quality that so many others have often found elusive in equally crucial encounters.

Paul Brennan and Robbie Lowe were immense during the second half, as was Kevin Conlan. The late missed free may haunt Conlan as it drifted inches wide but without the Dromahair man, Leitrim would never have got that close to the Exiles.

The Qualifiers and Armagh now beckon far from invitingly. The odds are very much against Leitrim but who knows what might happen on this roller-coaster journey.

Just 12 months ago, Leitrim suffered an horrendous hammering at the hands of Mayo and nobody had any hope for the Qualifiers. Instead, Leitrim achieved a first ever Qualifier victory and put in an inspiring display against Laois. Nobody saw that coming after the McHale Park mauling and while a repeat is highly unlikely, all it takes is one good result to change an entire year. We live in hope.