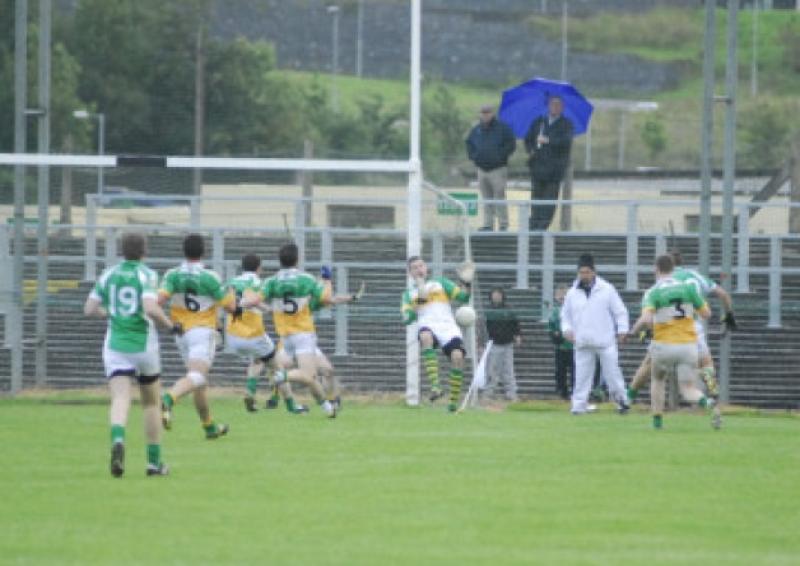 A young Mohill team sprinkled with veterans make their first appearance on the biggest day for Leitrim Club football since that glorious day in 2006 but they face one of the county’s powerhouses.

St. Mary’s Kiltoghert have won titles in 2003 and 2007 as well as contesting finals in 2006, 2010 and 2011 and this year’s decider promises a fascinating end to a championship that has yet to really catch fire.

Saturday’s semi-finals were very different affairs - after a slight wobble coming up to halftime, Robbie Lowe pounced for a spectacular opportunistic goal and a physically imposing St. Mary’s simply crushed the life out of Carrigallen, wining 1-13 to 0-4 as Carrigallen failed to score in the second half.

An injury to Robbie Lowe will cause St. Mary’s supporters some concern but the strength of their bench was emphasised as the Carrick men controlled the battle for possession at midfield.

The second semi-final featured six goals as Mohill held off a ferocious fight-back from Gortletteragh to emerge with a 3-7 t0 3-5 win. Gortletteragh managed just one point in the first half as Mohill completely dominated but super-sub Ronan Kennedy lashed home a spectacular goal just three minutes after coming on to seal a win despite Gortletteragh hitting two late goals.

In the Intermediate Championship, Glenfarne/Kiltyclogher’s journey came to an end after an epic encounter against neighbours Glencar/Manorhamilton with a last gasp point in injury time handing the Manor men a 3-10 to 3-9 victory.

Glenfarne/Kilty led by six points at one stages and trailed by four in the second half before Glencar/Manor surged late to set up a meeting with Eslin on Saturday week, September 21, in Ballinamore.

That match will be watched with quite a deal of interest as a Glencar/Manorhamilton win might mean no relegation from the Senior Championship, something that Aughawillan and Bornacoola will be closely watching.

Aughawillan lost 1-12 to 0-7 to their neighbours Drumreilly and must now meet Bornacoola in the Relegation Final, a match that may not be needed were Glencar/Manorhamilton to prevail, all adding to the drama of the Intermediate Final.