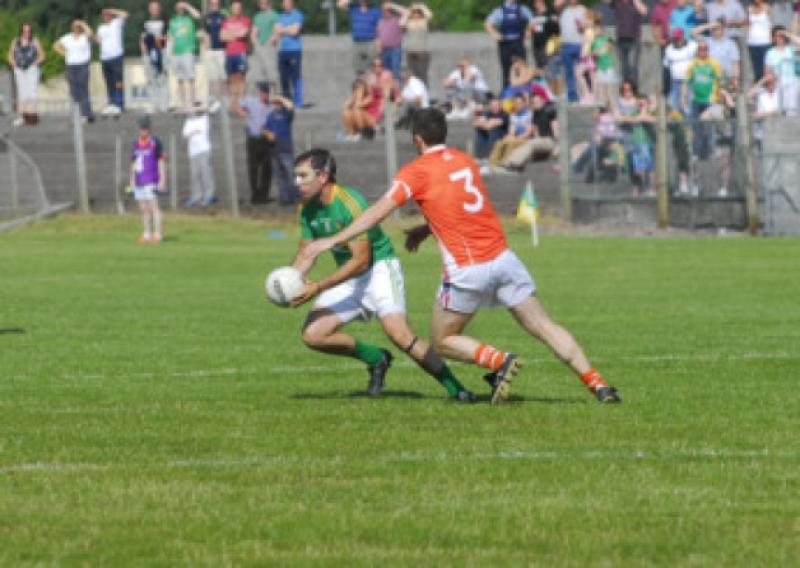 Time may heal all wounds but just four days after a record Championship defeat, Leitrim football remains in a world of pain and hurt.

Time may heal all wounds but just four days after a record Championship defeat, Leitrim football remains in a world of pain and hurt.

Few gave Leitrim any hope ahead of last Saturday’s All-Ireland Qualifier clash in Pairc Sean Mac Diarmada and a ruthless Armagh quickly set about crushing any faint hope the Green & Gold may have carried into the contest, inflicting what can only be described as a nightmare defeat.

The 27-point defeat is the largest ever suffered by Leitrim, surpassing last year’s 22 point destruction in Castlebar while the eight goals conceded only trails the 9-2 scored by Mayo against Leitrim’s 3-3 back in 1935.

Analysising the match seems almost pointless as the Playstation-like scoreline robs the the contest of real significance - Armagh have learned nothing from it and Leitrim, no matter how bad they were, know that the scoreline is almost a cosmic joke, a tragic convergence of circumstance and tragedy.

The statistics to illustrate the scale of the defeat tumble with dread frequency - only two Leitrim points from play, just three scorers over the 70 plus minutes, four goals conceded in each half and a winning total for Armagh of 37 points - the highest ever total scored against the Green & Gold in Championship action.

But for most Leitrim fans only two numbers seem to matter - four and seven!

Depending on your point of view, the important numbers are either the four dropped players or the seven injured stars who were unable to take any part in last Saturday’s Qualifier - and like much of the debate that has followed Leitrim over the past six weeks, neither view seems to be compatible.

Whatever your opinion on the disciplining of four players who broke the team’s code of conduct, there is no doubt that they were a major loss last Saturday but that loss was no greater than that of Emlyn Mulligan, Alan Wynne, Paddy Maguire, Gerry Hickey, Enda Williams, Brian McDonald & Cian Reynolds.

All of those injuries occurred after the dropping of the Beirne brothers, Wayne McKeon and Shane Moran and it was a crippling injury list that nobody could have foreseen and few teams could have endured.

Add in the fact that Darren Sweeney, Brendan Brennan, Ray Cox and Adrian Croal were obviously not fully fit after sustaining injuries over the last six weeks, lining out in spite of their ailments and even the most successful, best resourced and confident counties with struggle with those sort of losses.

Leitrim certainly don’t have those resources at hand and whether you believe the losses were self-inflicted or just pure bad luck, there is no doubt that a full strength Green & Gold side would have had a very different mentality last Saturday.

Last Saturday was disappointing but the real opportunity was lost against London and it is the pain of that loss that over-shadows all.

The psychological aspect was all too evident against Armagh, an unaccustomed mental fragility rooted in the disappointment of the London defeat, a fragility exacerbated by the controversies of recent weeks as Leitrim played without its usual fire and passion.

Once Eugene McVerry found the net after nine minutes, Saturday’s contest was all but over and the painful slow death march to the final whistle was a chastening and debilitating experience.

Time and time again, Leitrim players lost the ball in the challenge, turned over possession and were caught out of position by a focussed and driven Armagh side at the opposite side of the mental spectrum to the Green & Gold.

To be honest, the future is what concerns most Leitrim fans now and it was refreshing, and somewhat touching, to hear players take responsibility for what happened last Saturday rather than seek excuses or blame injuries.

It is incredibly easy to point the finger at the managers, easier to criticise County Board officials, slam the players, talk about media conspicaries and chastise supporters and just about anyone with an interest in Leitrim GAA.

Indeed, the torrents of abuse and invective that has assailed Leitrim GAA will take a long time to overcome but there must be a starting point for the greater good of football in the county but only if all involved, and that means everyone, reflects on their part in the events of the past eight weeks with total honesty.